Matthew Partridge finds many strengths in Ali Soufan’s fascinating account of his time as a FBI Special Agent, covering his attempt to bring Al-Qaeda to justice. 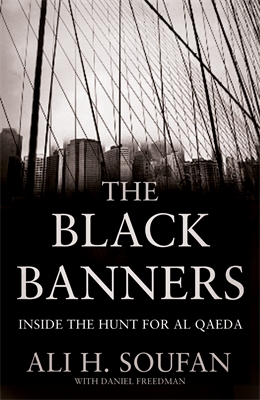 Although academics are frequently accused of limiting the accessibly of their works by dry and technical writing, this is not something Ali Soufan, and his co-writer Daniel Freedman, can be accused of. Indeed, Ali Soufan’s The Black Banners: Inside the hunt for Al-Qaeda, begins with a note emphasising that parts of the book have been redacted at the request of the CIA. This is then followed by a prologue that reads like the first pages of a Tom Clancy novel, with the then FBI agent interrogating the terrorist Abu Jandal, who ominously recites the disputed Hadith (religious text) stating that “if you see the black banners coming from Khursan…no power will be able to stop them”.

Soufan’s twenty-seven chapter account of his time as a FBI Special Agent primarily involved with the attempt to bring Al-Qaeda and its leaders to justice has many strengths. Foremost among them is providing a comprehensive account of the civilian efforts against the world’s most notorious terror group, which has received much less publicity than the military operations. It also makes a convincing case that the much touted “ticking bomb” argument, where “enhanced interrogation techniques”, including sleep deprivation and waterboarding, were justified as the only means whereby information could be rapidly gleaned in time to stop terrorist attacks is dubious.

Indeed, both the CIA and parts of the US Military come off as doubly negligent. Soufan not only alleges that their techniques were ineffective and their supposed “expertise” laughable, as shown by their decision to employ the shambolic consultant “Boris” to interrogate Abu Zubaydah, but he also claims that their failure to share intelligence hampered the FBI’s work. Not only did this uncooperative attitude undermine the investigation into the U.S.S Cole bombing, but he strongly implies that the September 11th attacks might have been prevented had the CIA shared information on a meeting involving one of the hijackers in Malaysia.

Of course, Soufan’s contempt is not limited to those pursuing the terrorists. In contrast to Michael F. Scheuer’s portrayal of Bin Laden and the members of his organization as clever tacticians and devout Muslims, The Black Banners paints an analysis of an organisation operationally dysfunctional, with many operatives angry about the amount that they were paid and where penny-pinching over the hire of an aircraft nearly lead to the death of several senior terrorists. The division between the Egyptian, Yemeni and Saudi elements of Al-Qaeda also appears to be a major destabilising factor within the organisation, with the latter being accused of flitting between the battlefield and “whores in Bangkok” [p. 151].

There are also some moments of unintentional humour that would not look out of place in Chris Morris’ terrorist comedy Four Lions. One Jihadist becomes willing to talk after receiving a gift of diabetic-friendly cookies while another announces a hunger strike only to abandon it a few minutes later after being offered a kebab. The football-obsessed Jama al-Fadl, one of the most senior members of Al-Qaeda, defects to the US after being caught stealing money from Bin Laden and joins the Witness Protection Programme where his “taste for the good life” cause problems [p. 71].

However, Soufan’s direct involvement in the FBI’s operation means that his criticism of the CIA methods could be motivated by inter-service rivalry. Indeed, he briefly admits that the CIA’s reluctance to share information may have been prompted by limits on intelligence-sharing instituted by then Attorney-General Janet Reno in 1995. More importantly, his exit into the private sector in 2005 means that his discussion of Bin Laden’s capture six years later comes from secondary sources, not first-hand knowledge. It also undermines the credibility of his claim that better procedures could have enabled Bin Laden to have been captured earlier.

This book is a useful insight into both the criminal side of the Global War on Terror and the mentality of many Jihadists. It also makes a useful contribution to the on-going debate over the type of interrogation methods that should be permitted. However, readers should be aware that it is only one perspective, and not a substitute for a broader range of reading. The participation of a ghost-writer and the “true crime” writing style mean that this book may find it hard to win acceptance from policymakers and academics.