Paul Kelly believes that Wyn Grant’s The Development of a Discipline, which charts the nature of the systematic study of politics and how it entered the academy as an autonomous discipline, will appeal to many.

The Development of a Discipline: The History of the Political Studies Association. Wyn Grant. PSA/Wiley-Blackwell. December 2010. 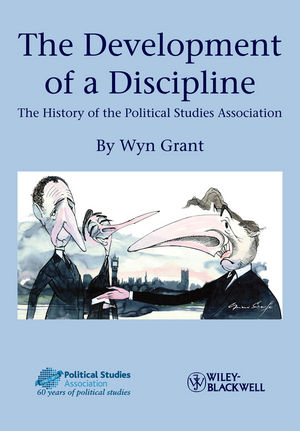 Written to celebrate the sixtieth anniversary of the Political Studies Association of the United Kingdom by a former chair of the association, Wyn Grant’s book is something of a labour of love. Many members, especially those who have actively participated in the affairs of the PSA, as it is known, will find this an interesting if not riveting read, but non members might wonder whether this book is of any more general interest? Such sceptics might be pleasantly surprised as the underlying story is not only about the place of the academic study of politics in recent British intellectual life, but also about the nature of the systematic study of politics and how it entered the academy as an autonomous discipline. Grant manages to weave together the parochial story of a national academic association with general speculation about the ‘disciplinary’ nature of political science or studies.

The book tells three main stories. The first concerns the founders of the association and the ‘discipline’. Grant provides a brief but valuable review of the early years of political studies as it established itself as a separate field of enquiry in a few UK universities such as Oxford, LSE, and Manchester. Alongside the institutional developments we also meet some of the great pioneers of the study of politics such as W.J.M. Mackenzie, Willie Robson, Kingsley Smellie, Michael Oakeshott, and S.E. (Sammy) Finer. Helpful biographical summaries are provided for each of these figures. The second story is the consolidation of the field and the newly established association during the nineteen fifties and sixties, where we meet figures such as Bernard Crick and Jean Blondel. This is the story of a slowly expanding elite organisation that is carrying out the work of the founders. The third story or strand concerns the expansion and professionalization of the discipline and association, illustrated by the coup against the executive committee lead by Brian Barry and Jack Hayward. Bit players in this story include young Turks such as Rod Rhodes, Patrick Dunleavy and Wyn Grant himself, who have all gone on to be major figures in the association and in the UK political science community. The remainder of the book covers the more recent history of internal developments within the structure of the association and its journals and concludes with a fine chapter on the role and general absence of women in the professional political science community.

The stories are all interesting and well told. I would have liked more on the early founders and the roots of the profession, although this would have taken us away from the association itself. Also, nearly forty years on it is a little difficult to recover the sense of shock at the coup lead by Barry and Hayward. Both ended up pillars of the UK political science establishment. But more than that, when one looks at the proposals in the Barry/Hayward manifesto it looks like a triumph of what the Guardian cartoonist Steve Bell once called ‘revolutionary sensibilism’. What this indicates more than anything is a departure from the elitist model of the profession that was made possible in the good years of the 1960s-70s. Yet with the demise of that period of plenty and the subsequent systematic uncertainties introduced into UK higher education since the early 1980s, one wonders how far we merely witnessed a generational change within that institutional elite as opposed to a broader change within the profession. The difference between now and the founding period is merely one of degree.

The challenge facing the association as it looks beyond its sixtieth year is the same as that facing it at its origin, namely, how does it represent and reflect the direction of the diverse ways of studying politics practiced in UK universities and how far it is tasked with professionalising that practice? Grant suggests in his conclusion that the association and the profession has fared quite well in establishing an intellectually respectable disciplinary practice out of the diverse methods and subjects of enquiry that make up political science/studies. Many will disagree and bemoan the lack of a more hard-edged and methodologically pure practice. That this debate continues is a constant annoyance for many political scientists who regard the constant reflection on the nature and status of political studies as no better than navel gazing. There is much in this response. That said, given that one of the sources of politics is the ineradicability of fundamental disagreement we should not be surprised that this problem permeates the study of politics and is unlikely to go away. Grant’s conclusion is that we should not be overly concerned about this. Being strong, separate and at the same time second only to the behemoth of American political science is no small achievement for British political science and the PSA should both take some pride and some credit for that.

Paul Kelly is Professor of Political Philosophy at the London School of Economics.