In his recent book, Owen Jones sets out on a journey into the heart of our Establishment, from the lobbies of Westminster to the newsrooms, boardrooms and trading rooms of Fleet Street and the City. Sean Kippin finds that Jones’s manifesto for a socialist Britain is a substantial addition to recent left-wing political writing.

The Establishment: And how they get away with it. Owen Jones. Allen Lane. 2014.

The Establishment: And how they get away with it, is the follow up to Owen Jones’s successful debut book, Chavs: The demonization of the Working Class. While his first book was an enjoyable polemic about the enforced decline and gradually normalised vilification of the working classes, The Establishment is a rather more ambitious project. It amounts, essentially, to his manifesto for a new socialist Britain.

This Britain is one which will break from the grasp of what Jones terms ‘the Establishment’. This is not the ‘you-scratch-my-back’ Establishment of old, the network of privately educated, filthy rich, faceless men who pull the strings behind the scenes. Rather, this is the nexus of power in the modern British state; the interlocking interests who directly and indirectly sustain one another, knitted together by a devotion to the ideas and ideals of neoliberal capitalism.

Structurally, the book looks at the constituent parts of the Establishment, assessing the relative contributions of the intellectual ‘outriders’, the ‘Westminster cartel’ of the cross-pollinated business and political classes, the compromised media, the police, state-dependent corporations, the financial sector, and tax evaders in creating what Jones convincingly argues is a highly unsatisfactory status quo.

The section on media is probably the book’s strongest. Here, Jones accuses the press of being heavily complicit in creating and crucially protecting neoliberal Establishment interests. Inevitably, the Murdoch press, and the oligarch-owned Telegraph come in for the sharpest criticism, but even the BBC is not freed from reproach, with Jones giving the corporation both barrels for its reluctance to meaningfully question the Government’s business-friendly NHS reforms or broadcast a humanitarian appeal during one of Israel’s periodic military forays into Palestinian territory.

Also noteworthy is the chapter on the police. Jones dwells on the increasingly authoritarian tendencies of the police in the wake of their preferential treatment (in terms of pay) by the first Thatcher Government. The ‘boys in blue’, we are informed, were a key enabler of the dominance of the Establishment, first helping to break the hegemony of the Unions during the miners’ strike of 1984, and in later years in their aggressive policing of protests and protection of corporate interests. He also reminds us of the national disgrace of the Hillsborough cover-up, and the death of Ian Tomlinson, who died after an unprovoked attack by a Metropolitan Police officer during the 2009 G20 protests. Some of the details are jaw-dropping, and provide a detailed anatomy of police misbehaviour over the last thirty years.

Jones also argues that that their compliance is less necessary now to further the aims of the Establishment, thanks to the enforced decline of organised Labour and a viable anti-establishment alternative. They have been cast aside, with officers joining the ranks of the masses of public sector workers smarting at their treatment by the current Government. These tensions reached a peak with the “Pleb Gate” scandal in which the then Government Chief Whip, Andrew Mitchell, was accused of verbally assaulting police officers at the gate of Downing Street.

The chapter on tax evasion is also noteworthy. Jones laments the lack of a more robust approach to those who opt not to pay tax, and the devious and deceitful ways the large and embedded accountancy firms interact with the state. Jones moves on to a discussion about the financial sector and its role in creating and sustaining the financial crisis, creating the political space for the austerity that he campaigns against so vigorously on the streets and in print. He rounds up his ‘diagnosis’ of the ills facing British society with a discussion of what he terms ‘the illusion of sovereignty’; the misguided notion that the people are sovereign and that we have the power to change the fundamentals of our society. In Jones’s view, it is the Establishment that rules, and continues to reserve the real power for itself.

His prescription is a “democratic revolution” in which power is returned to the public via a combination of policies such as shared ownership of key utilities, the removal of big money from politics, and the shutting of the ‘revolving door’ between government and interested big businesses. To get from here to there, he suggests that the left learn the lessons of the outriders of the mid-20th Century, working with unions and campaign groups to return credibility to what are currently unfashionable ideas. His aim is ultimately to shift the ‘Overton Window’ back to the left. And he seeks, evidently, to be the “outrider” in chief.

His prescriptions are in some respects forward looking, but in many respects amount to a recreation of the 1945-1979 period defined by the “Butskellite” “post-war consensus”. And while many of the components of his preferred revolution are agreeable, few are novel or unheralded. This is a book which is ultimately stronger on diagnosis and prognosis than it is on prescription, though the dual intentions of the book – to define the new Establishment and explain ‘how it gets away with it’ – are resoundingly met.

This is a strong book which will have most readers nodding along in agreement: it is clearly written, compelling in narrative, and even dryly funny at times. However, in trying to create an anatomy of a newly defined ‘Establishment’ Jones possibly pushes at its definitional limits. The police, for example, have allegedly been involved in murky activity of the kind Jones describes long before the advent of neoliberalism, and their interests have often differed from the Establishment’s other elements.

Different members of his Establishment can have wildly varying interests and conflicting beliefs at any given time – for example, over the bank bailouts (which many right-wingers opposed) and immigration (which is a perennial source of dispute between the Conservative Party and big business) – and while he is alive to this, it isn’t fully tackled. At times, Jones presupposes a degree of shared belief and interest which does not always exist.

Despite this, Jones’s manifesto for a socialist Britain is a substantial addition to recent left-wing political writing. While probably not deserving of the accolade of “this generation’s Orwell” as Russell Brand has said, Jones at least allows readers to put their finger on the various things that have been troubling them about Britain’s current political arrangements. While I for one would like to see more about the role of political and constitutional reform in tackling the myriad problems that Jones presents, as with Chavs, he should be warmly congratulated for The Establishment. 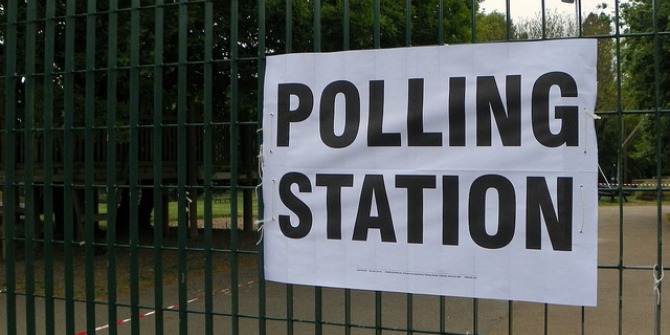