The Politics of Expertise offers a challenging new interpretation of politics in contemporary Britain, through an examination of non-governmental organisations. Using specific case studies of the homelessness, environment, and international aid and development sectors, it seeks to demonstrate how politics and political activism has changed over the last half century. There’s a compelling argument in this book that to understand modern politics one has to understand NGOs, concludes Martin Hearson.

Writing on the LSE British Politics and Policy blog recently, Tony Wright considered the decline of the political party. “It is perfectly possible,” he concluded, “for parties to continue to structure political life and offer accountable political choice without also being the monopolists of political power.” Into this debate comes The Politics of Expertise, which sets out to challenge the narrative of declining political engagement and to sketch out the landscape of 21st century citizen politics.

Yes, argue its authors, there has been a fall in the membership of traditional organisations such as political parties, trade unions and churches. But they have been replaced in people’s loyalties by non-governmental organisations (NGOs) such as Oxfam, Greenpeace and Shelter, each focused on a single issue. There has been no discernible reduction in the average number of organisations to which a British person affiliates since the late 1950s, while the narrative of declining participation in public life seems as old as democracy itself.

This is not just a simple substitution. Most people’s engagement with NGOs is at a much shallower level than the participative, democratic institutions that they have replaced. The older organisations were democratic structures, while NGOs’ plans and positions are determined by office staff, usually based in London, and offered as a product to supporters. “[P]olitics has become personalised and privatised in the sense that our allegiances are formulated individually in the private realm, rather than in the public arena of associational meetings, votes, and motions.”

Overarching all this is the idea that the growth in NGOs is part of the ‘expertisation’ of politics, through which the expert staff of single-issue organisations seek a public mandate to decide what is best and engage with politicians, while political parties themselves delegate some of their policy formation to those same staff. “It is the very labyrinthine nature of policy formation that accounts not only for the emergence of NGOs, but the reason the public has chosen to support them.” A revolving door between politics, civil service and NGOs, demonstrated by tracking numerous careers, consolidates this ‘epistemic community’ of experts.

I have a particular perspective on this analysis, having spent a decade working in international development NGOs. The historical studies of how NGOs – including some for which I worked – were formed, developed, and came to embrace new challenges and ideologies, were fascinating for an insider. There are many familiar narratives here – the NGO staff who feel like “a bunch of Guardian readers funded by Telegraph readers”, the tension between campaigners’ ideological aspirations and the compromises needed to raise funds, the difficulty of formulating and adhering to a coherent theory of how the world is and should be. The book does an excellent job of opening a window into the tortured soul of many an introspective NGO worker.

But there are also some bits that jar. A throwaway comment that “the young will always chastise their elders for betrayal of principle” ignored the rich diversity of NGO workforces, many of which include a significant faction of ideologically-driven old timers in tension with a pragmatic, evidence- (and career-)driven younger generation. The suggestion that the attraction of the rights-based approach to poverty lies in its political neutrality raised a wry laugh: the present British government struggles with the rights-based approach for exactly the reason that some NGOs like it, because it places the ultimate responsibility for poverty alleviation squarely on the state. I wondered if the book’s methodology, which seemed to rest entirely on documentation, not on speaking to the people concerned, was responsible for this occasional off-target remark.

Near the end, almost an entire chapter is devoted to an extended critique of international development NGOs. It describes NGOs as “dilettantes” who “have not become the focus for the articulation of a general and coherent political vision”, “have lost their critical edge”, “are as much a part of the system of global governance as a critic of it”, and “use the language of rights as it adds a veneer of radicalism to their own agendas.” Each of these allegations may have some truth to it, but a fairer, more three-dimensional analysis could have cited the many counter-examples and the constant debate and self-examination within and among NGOs.  With my hackles raised, I noticed that the footnote referencing a particularly critical comment by “development and human rights activist Firoze Manji” omitted to mention that the book from which it is drawn was published by Oxfam.

One thing that The Politics of Expertise would have benefited from is some international comparison. Each country’s NGO sector is very different, and the UK’s is unusually large in comparison with, say, that in France, where the sector has a more radical centre of gravity. In Sweden, there is a thriving NGO sector despite high trade union membership. A related, and also missing, part of the picture is the internationalisation of NGOs. The global NGO sector is undergoing a wave of mergers, consolidations and restructuring, as NGOs seek to maximise their influence over global issues and tap new fundraising markets. The growing influence of staff from the global South within these federations can have a major influence on their UK affiliates. Finally, the book seems to entirely overlook a new generation of political activist groups, such as Climate Camp, UK Uncut, and Occupy, which have a real influence over the political process, but don’t fit the typical NGO mould.

Overall, there’s a compelling argument in this book that to understand modern politics one has to understand NGOs. There’s also an incisive study of the sector’s history, its structural strengths and weaknesses, and the challenges that it presents. The “qualified ‘yes’” given by the authors in answer to the question ‘have NGOs been successful?’ is surely about right. 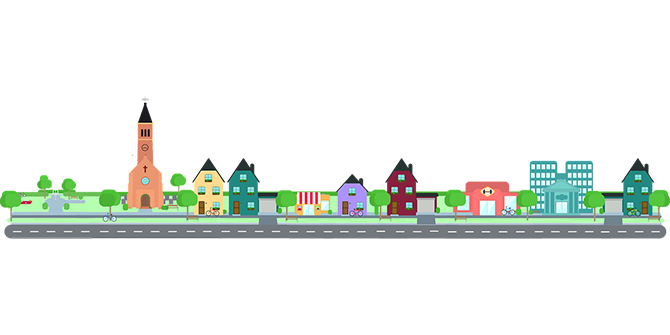