Boris Johnson, the Conservative Mayor of London and MP for Uxbridge, recently announced that he would campaign for a vote to Leave the European Union in the forthcoming referendum on UK membership of that body. Here, Ben Worthy argues that Boris’ views aren’t as influential as his media admirers may suggest.

Last Sunday evening, Boris Johnson, with the zeal of a convert or the scheming of a Machiavellian, has decided to join the ‘Outers’. Here’s 3 reasons why it doesn’t matter:

1. Boris isn’t that popular. Remember, Heineken isn’t that strong. I’m intrigued by the poll in the Evening Standard that claimed ‘he could be a game-changer in the historic vote’ as ‘one in three people regard him as “important” to deciding whether they vote In or Out’. Putting aside exactly what ‘important’ means, the statistics are revealing. 32 % of those asked said Boris could be ‘important’ but a full 28 % said Theresa May’s and George Osborne’s views were important-only 4 % points behind Boris (and 23 %, by the way, identified Stuart Rose as ‘important’ too). So if, as the report claimed, Boris could ‘partly’ cancel out Cameron’s influence, presumably May and Osbourne could do the same to Johnson? Boris’ position as ‘the most popular politician’ is often cited though his reach to UKIP voters is probably rather unnecessary– and it looks like Nicola Sturgeon pipped Boris in the popularity stakes at least once. 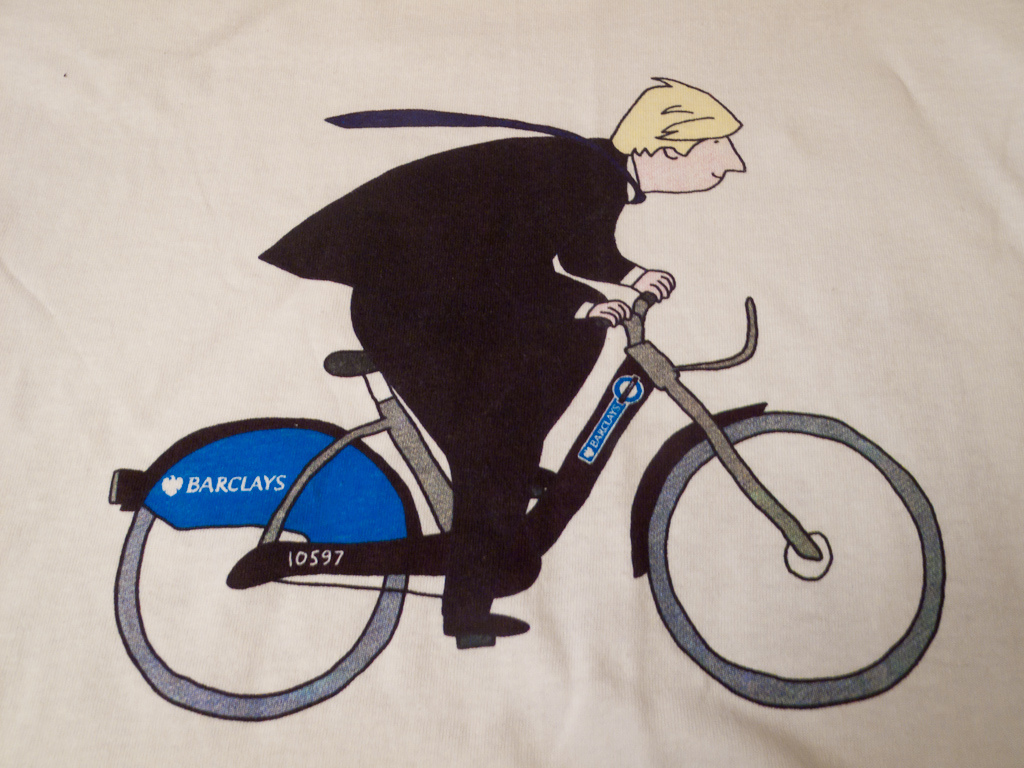 2. Boris doesn’t do arguments. As Janan Ganesh argues in the FT ‘voters like Mr Johnson. But they like Judi Dench too. Liking someone and deferring to their judgment on a serious question are different things’. As a number of people have argued, what the Leave campaign needs, above all, is a serious alternative vision, equivalent to the Scottish YES campaign’s positive, mobilising narrative. Boris hangs hilariously from aerial slides but he doesn’t really do ideas or arguments, just quips and ‘mishaps’. Cameron’s speech last night in Parliament was perhaps a taste of the gravitas, clarity and seriousness the Remain campaign will deploy. Judging by his question in Parliament, Boris’ re-joiner will be about ‘sovereignity’ a word not even constitutional lawyers fully understand. And there is no nuance or wriggle room in a vote to leave.

3. Boris doesn’t do teams and messages. Being the Mayor of London is (or was) the perfect job for Boris, where he can be a maverick, a loose cannon and is able to rail against everyone and everything. His record when part of an organised group e.g. in the shadow cabinet, is much less glittering given his tendency to be rather egocentric or, as one unkind review put it, a gold medal egomaniac. How will he fare as part of an organised group with a message and a ‘line to take’?

Boris cites his great hero Winston Churchill. However, for most of the 1930s Churchill, a similarly gold medal level egotist, entangled himself in a series of failed and doomed campaigns, from the cross-party ‘arms and the covenant’ rearmament initiative (which he almost wrecked), to supporting Edward the VIII and a bizarre solo effort to stop Indian independence. Churchill was very much, and very often, on the wrong side of history, and only his later struggle against appeasement saved him.

Winston Churchill’s career also offers a warning. He too was rather a naked opportunist, who deserted his party then returned, and Lloyd George famously said of him he ‘would make a drum of out of the skin of his own mother in order to sound his own praises’. His fellow MPs mistrusted him and his party was always very unsure.

Boris faces the same problem in his route to the top, as he needs the support of his fellow MPs and party associations to become leader. His Eurosceptic MP colleagues may very well question his motives, as it is simply not done to appear too ambitious in British politics, especially at the expense of your own party. Meanwhile this fascinating research by Tim Bale and Phil Cowley finds that the grassroots of the Conservative party is very far from being a raving collection of hysterical pro- Boris Brexiters. In fact they are deeply split and pragmatically persuadable. Boris needs to very carefully follow Lyndon Johnson’s first rule of politics and ‘learn how to count’.

Michael Crick quoted an unhappy MP who spoke of Boris’ resemblance to another Churchill, Winston Churchill’s dad, Randolph. He was also a famous politician, gifted, witty and talked about as a future Prime Minister in the 1880s and 1890s. Randolph had, as Winston wrote of his father, ‘the showman’s knack of drawing public attention to everything he said or did’. A less sympathetic biographer spoke of how his ‘inconsistency was blatant and unashamed’ and he had a tendency to ‘make-and unmake-sense from day to day’. Why did his career end? Boris take note-he gambled and took sides against his own party and leader on a fundamental debate in British politics. And lost, never to return.