Economic uncertainty following the EU referendum, as well as additional political uncertainty stemming from the recent High Court decision to allow Parliament to vote on the deal, might delay the government’s preferred timing for triggering Article 50 by March 2017. There is therefore potential for fuelling investment uncertainty and delaying a steady recovery in UK productivity, explain Michael Ellington and Costas Milas.

The ongoing productivity puzzle – very weak productivity growth in the aftermath of the 2008-2009 financial crisis – leaves little room for strong wage increases. Consequently, tax revenues are weaker than otherwise leading to a persistent budget deficit. In fact, as Chris Giles, Economics Editor of The Financial Times, noted, “solving [the] productivity puzzle is key to public finances”. At the same time, rising inflation (expected by the Bank of England to reach 2.7 per cent in 2017) will put under rising pressure household expenditure and therefore undermine UK economic growth.

Much of the discussion about the productivity “puzzle” focuses almost exclusively on the relationship between productivity growth and real wage growth. This, however, ignores the potential impact of investment uncertainty. David Smith, Economics Editor of The Sunday Times, briefly focussed on this issue by noting that “there is the impact of uncertainty on investment…With businesses nervous about what the future will bring, this does not look like the climate for strong investment.” 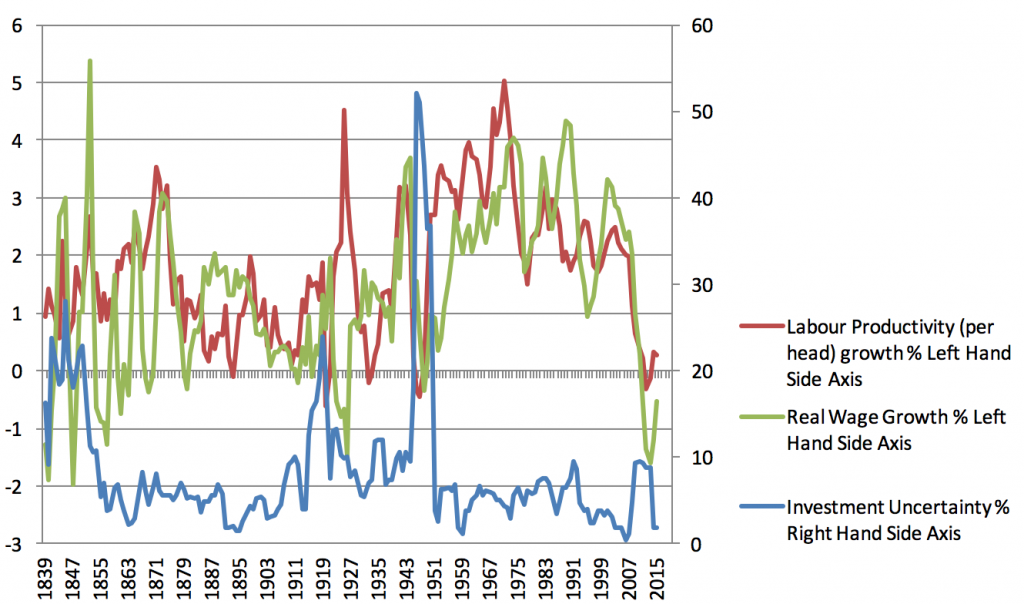 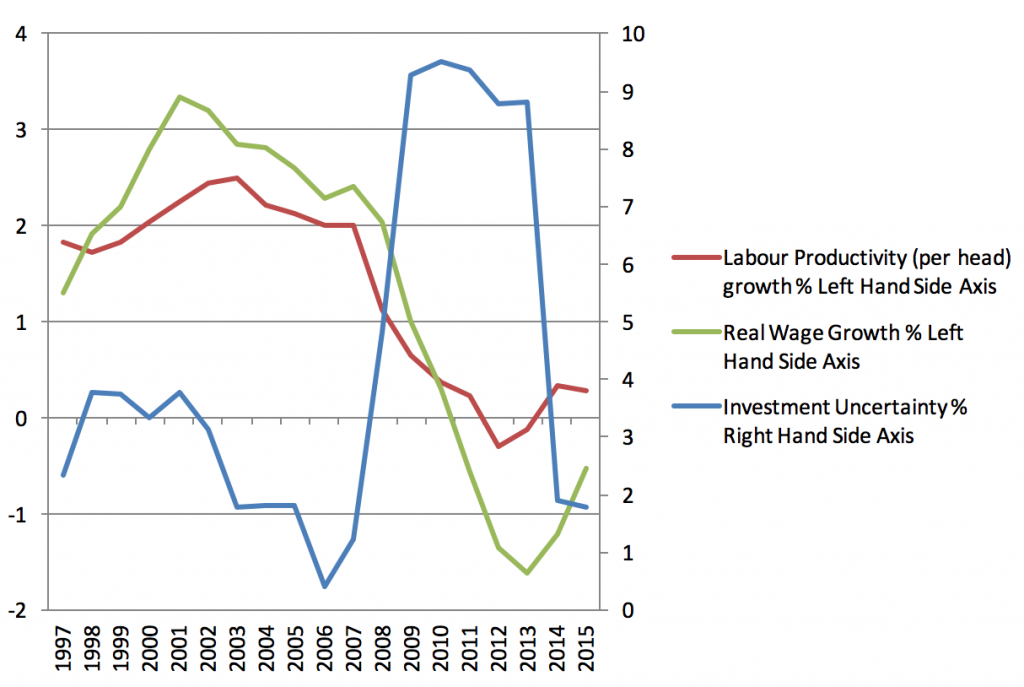 Figure 3 plots the posterior median (together with the 16th and 84th percentiles; dotted lines) response of productivity growth and real wage growth to a 1-standard deviation investment uncertainty shock in 2008. From Figure 3, investment uncertainty exerts a negative and statistically significant impact on productivity growth and real wage growth for up to 5 years. Our calculations are done within a 3-variate Time-Varying Parameter Bayesian Vector Autoregressive model (using a Minnesota prior) which is conditional on exogenous World War I and World War II effects.

Figure 3: Time Paths of Labour Productivity and Real Wages in the UK in response to a shock in Investment Uncertainty in 2008

What are the implications of Figure 3? Our model goes some way towards explaining why productivity and real wages have not fully recovered yet following from the big investment uncertainty shock during the financial crisis of the late 2000s. We therefore argue that investment uncertainty is a valuable missing piece of the productivity “puzzle” and has to be considered by econometric models.

From a policy point of view, economic uncertainty following from the recent Brexit vote as well as additional political uncertainty stemming from the recent decision of the High Court to allow Parliament to vote on Brexit (unless, of course, the Supreme Court decides otherwise) might delay Ms May’s preferred timing of triggering Article 50 by March 2017. All this has the potential of fuelling investment uncertainty and therefore delaying a steady recovery in UK productivity. In such a grim scenario, it will definitely be a challenge, as David Smith noted, to “survive in a post-Brexit world”.

Labour productivity per head: We then construct annual growth and its 5-year moving average.

Gross fixed capital formation, composite measure, volume. We then constructed the annual growth and its 5-year moving standard deviation. This is our measure of investment uncertainty. All variables come from Bank of England’s “three centuries of data” (available here).

Costas Milas is Professor of Finance, University of Liverpool 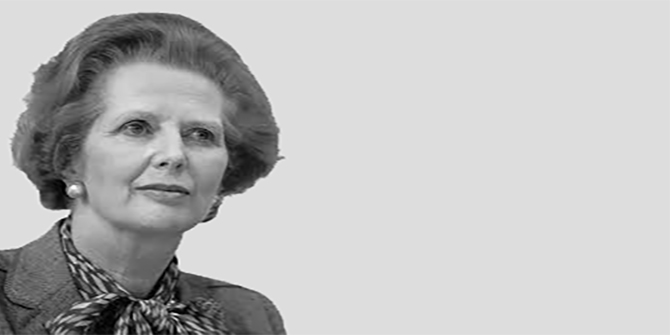