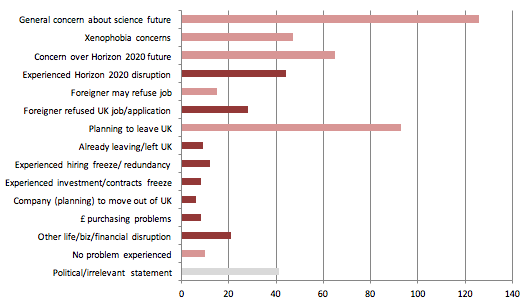 Fig 1: Bar chart of issues reported via our Brexit monitoring form. Note: We distinguish between cases of impact realised (dark red) and concerns/opinions expressed (light red). Each submission could be assigned to up to 2 categories as some individuals reported more than one problem/ concern (so total reported “issues” = 533). Further explanation of these categories at the end of this post.