This week’s budget included measures to mitigate the effects of COVID-19. Laura Richards-Gray identifies a change in rhetoric by new Chancellor of the Exchequer Rishi Sunak in his announcements about this, but argues that much more substantial changes to welfare and social care policies would be required to repair the country’s depleted social safety net.

On Wednesday Rishi Sunak made his first budget statement in the House of Commons. These are strange and testing times and the budget included increased investment in the NHS in response to the growing threat of COVID-19, as well as investment in infrastructure and services pledged during the general election campaign last year. Even though increased investment was promised, and therefore expected, the level of spending proposed by the government still surprised many, especially against the backdrop of almost ten years of cuts to public spending led by previous Conservative administrations.

The level of proposed spending wasn’t the only surprising thing about his speech. In this Sunak revived the use of rhetoric that has been relatively rare in government discourse in recent times: that of a ‘safety net’. In relation to the virus he said: ‘…the right immediate policy response is to provide security and support for those who get sick or can’t work through funding our public services, and a strengthened safety net.’ Later he claimed: ‘during this immediate crisis, if people fall ill or can’t work, we’ll support their finances. We’ll make sure that our safety net remains strong enough to fall back on.’ Strange times indeed. And strange language…particularly for a budget speech.

Nearly 80 years ago William Beveridge presented his report to Parliament suggesting a ‘national minimum’ provided for through the creation of the social security system. The idea was simple: that there would be a safety net for those who need it; a level below which the state would not let you fall. What form this safety net should take, and what level it should be set at, has been the subject of much political debate since then. However, across both sides of the political divide, talk of a safety net has largely fallen out of favour. The last time the phrase was used in a budget speech was almost 20 years ago, in Gordon Brown’s statement in 2001.

Under New Labour talk of the safety net waned in the context of their programme of welfare-to-work reforms, which shifted focus from collective action to individual responsibility to find paid work. A more dominant theme in political discourse in recent years has related to promoting ‘fairness’ through the welfare system, largely by making life harder on benefits to end the perceived ‘something for nothing’ culture and tackle ‘worklessness’.

In particular, this ‘fairness’ discourse was relied upon heavily by the Coalition government of 2010 to 2015 to justify large-scale cuts to welfare benefits alongside rises in the personal tax allowances to allow ‘hardworking taxpayers’ to keep more of their earnings. Indeed, analysis has shown that cuts to benefits and tax credits implemented between 2010 and 2015 financed cuts in direct taxes – in effect undermining the safety net relied upon by the poorest and most vulnerable in our society to the benefit of the better off. Policy changes since 2015 – under Conservative-only administrations – have intensified this impact on the poorest (including the introduction of the benefit freeze, the introduction of the two-child limit under Universal Credit and Tax Credits, and the continued roll out of Universal Credit).

In light of this, Sunak’s speech raises the question: is talk of a ‘safety net’ back and, if so, is it here to stay? It will be interesting to see if this signals an ideological shift on the part of the Conservative party. Will it continue to show such concern for investment to protect society’s most vulnerable after this crisis has passed? Will COVID-19 act as a lasting reminder to us all that the state has a role to play in protecting us from events out of our control, and will the government continue to put its money where its mouth is to protect our safety net beyond this crisis? We might hope that the value attached in the budget speech on Wednesday to investment in the NHS will continue beyond COVID-19. The government was certainly promising greater investment in the lead up to the general election, before the virus was the issue it is today.

One glaring omission from the budget, however, was talk of any significant additional money for social care. Inadequate investment over the past ten years, coupled with increased demand, has fuelled the current social care crisis in the UK. Only time will tell whether this government will be the one to begin addressing this crisis, one that – like COVID-19 – is leaving elderly, ill and disabled people most vulnerable.

Emergency measures were introduced in the budget to make access to benefits ‘quicker and easier’. Again, however, this comes after ten years of making access to support slower and harder for the most vulnerable – including cuts and/or increased conditionality targeted at the ill, the disabled, carers and lone parents. Although the four-year benefit freeze comes to an end in April, this has resulted in a 6% cut in real terms to many benefits for the poorest over that period. Analysis shows that the benefit freeze and other cuts have significantly weakened the social security safety net. Furthermore, claimants of Universal Credit continue to wait five weeks for their first payment, pushing many into debt. With the full economic impact of Brexit yet to bite, if the government is serious about strengthening the safety net, investment in benefits for those on the lowest incomes should also be a priority.

Laura Richards-Gray is a Lecturer in Politics at Birkbeck, University of London.

All articles posted on this blog give the views of the author(s), and not the position of LSE British Politics and Policy, nor of the London School of Economics and Political Science. Featured image credit: HM Treasury / (CC BY-NC-ND 2.0) licence.

Alice Park is Managing Editor at LSE Press. She previously worked for several other publishers, and for Democratic Audit UK. She is the co-editor of The UK’s Changing Democracy (LSE Press, 2018).

Posted In: British and Irish Politics and Policy | Economy and Society | Fairness and Equality | Featured | Uncategorized 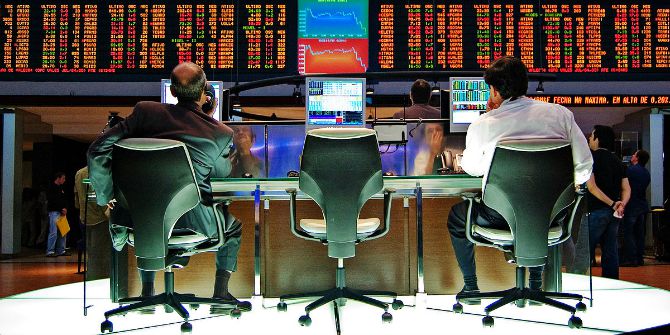