Last night, at the EU summit in Brussels, David Cameron chose to placate the Eurosceptic wing of his party by choosing to reject an EU treaty change.  Olaf Cramme argues that while this decision may pay off politically in the short-run, it is indicative of an ideological stubbornness, and will once again bring the City of London to the fore, thereby weakening other efforts to rebalance the economy. The continuous failure to constructively define Britain’s vision for and interest in the EU has created a lose-lose situation.

The writing was on the wall. In less than 24 hours the utter contradictions in the UK’s position to further European integration have finally and brutally come to the fore. Britain desperately needs the Eurozone to succeed if wants to avoid further economic gloom. To preserve influence in the European Union, however, it now needs the Eurozone to unravel and split into different blocs incapable of forming a strong and more powerful core. The bitter truth is that on either path the UK will now lose out.

When David Cameron went to Brussels for the latest crunch summit in the European Council, he was astonishingly ill-prepared. Under pressure from his Eurosceptic party, a hostile media, and growing anxiety within the population about Britain’s future, he allowed an situation to emerge which would confront him with an impossible choice: alienate your own troops by agreeing to a full EU treaty change without the possibility for substantially re-negotiating UK-EU relations; or alienate your European partners by torpedoing negotiation for a Eurozone-wide “fiscal union”. Strong leaders would take up the challenge of the former. Cameron opted for the latter.

In the short-run, this decision could well pay off politically. He may now feel in a stronger position to quell the rebellion of those Tory Europhobes for whom nothing less than a full exit from the EU will do. He will integrate his decision into a wider narrative of how he is attempting to kick-start the British economy using its “comparative advantages”, of which the City of London clearly stands out. And he will try to capitalise on the glaring weakness of both his coalition partner, the Liberal Democrats, and the Labour Party (who visibly struggle to find their own compelling positions vis-à-vis the question of future UK-EU relations).

But beyond this, a yawning gap between hope and reality seems to be opening up. Cameron justified his threat of veto with the EU’s unwillingness to offer substantial “safeguards” for Britain’s financial service industry. According to this logic, not being a full part of a reshaped EU would provide more room and opportunities for protecting the “national interest” – whatever this is. Such a strategy completely ignores that it was Britain who used to push hardest for an EU level playing field with single financial rules, and who always got her way in the respective negotiations (despite the applied qualified majority voting). How this is to be achieved in the future from the outside remains wholly unclear, if not illusionary.

Worse, this approach will seriously undermine Britain’s attempt to rebalance its economy. The City of London is set to benefit further from a policy which puts low corporate taxation and regulatory exemption at the heart of the economic strategy. The consequences could be far-reaching and if the financial service industry makes up an even bigger share of GDP because of its growth and revenue potential, other sectors, including manufacturing, can only shrink further. In the end, all this will make it much harder to boost productivity levels in an economy which requires a greater qualified mid-level work force. A return to the pre-financial crisis folly is looming.

To be sure, the Eurozone itself remains in the danger zone. The sovereign debt crisis will drag into 2012 and the process of concluding treaty change for all EU countries except Britain will be – as so many times before – nerve-wrecking and unpredictable, causing new frictions and dramas. But Britain is not the safe haven it pretends to be and now it is not even the master of its own destiny. The success or collapse of the Eurozone will have profound implications on this side of the channel – and all will be negative.

Why has it come to this? The ideological stubbornness of the Tory Party on any question that concerns the EU surely played a role. Yet the real reason goes much deeper: since Maastricht no UK government has managed to put forward a compelling vision for European integration and seriously attempted to gain widespread support for it. During the Blair years, Britain came close but ultimately flopped. What dominated were “red lines” and the “British national interest”. Perfectly legitimate – but simply not enough. 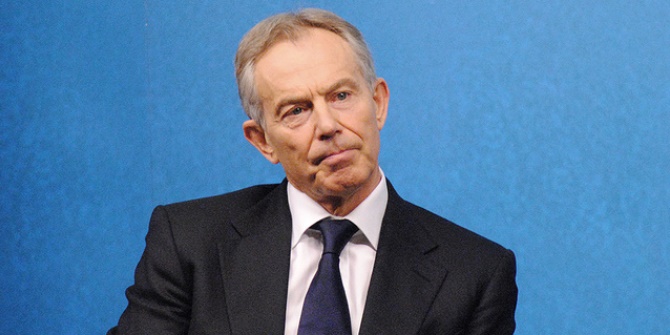