Traditionally Conservatives have wanted to be tough on new migrants entering the UK, and have favoured single-country solutions, while the Liberal Democrats have been more welcoming and much keener to fulfil Britain’s international commitments and have stressed the need to work more with European Union partners. Avery Hancock considers how the coalition has so far indicated that this deeply emotive issue will be handled by the two parties.

The Conservatives seem to have carried the day in the coalition’s plans for immigration, dumping the Liberal Democrats’ plans to grant amnesty for illegal immigrations and imposing a cap on all non-EU economic migrants to the country. Many readers will remember the last TV election debate between the three top party leaders, where Nick Clegg ridiculed the idea of a cap. He claimed then that 80 per cent of immigrants in the UK come from the EU countries and therefore cannot be denied entry. But unfortunately for the Liberal Democrats this figure was wrong. In fact non-EU migrants count for around 60 per cent of the UK total.

The coalition agreement hardly gives any clue as to what the promised immigration cap will be or how it will be implemented, other than to say: ‘We have agreed that there should be an annual limit on the number of non-EU economic migrants admitted into the UK to live and work. We will consider jointly the mechanism for implementing the limit.’ The parties will take into account ‘the effects a rising population has on our public services and local communities’ and will change the limit each year ’to take into account the wider effects of immigration on society.’ The closest we get to even a ballpark figure is David Cameron’s desire to see immigration ‘in the tens of thousands rather than the hundreds of thousands.’ He’ll be pleased to know that non-EU immigration fell by 76,000 in 2009 compared with the previous year.

Even with so many details to be filled in the proposal has been greeted critically by some strong voices in the business and university sectors. Baronness Jo Valentine, Chief Executive of the business organisation London First, believes that ‘artificial caps could damage London’s competitiveness and ultimately its standing and success.’ The BBC’s Mark Easton wonders how the cap will be squared with the coalition’s desire to ‘build a new economy from the rubble of the old’ and ‘support sustainable growth and enterprise.’ The cap, he argues, can only target individuals applying under Tier 1 and Tier 2 of the existing points-based system, which includes highly skilled workers, investors, entrepreneurs, and sponsored skilled workers. This last group the Home Office defines as ‘people coming to the UK with a skilled job offer to fill a gap in the workforce that cannot be filled by a settled worker.’ Are these really the kinds of people that Britain should be turning away when an economic upturn is so needed?

One group who are desperate to get more details on the cap are students.  The coalition agreement commits the parties to ‘introduce new measures to minimise abuse of the immigration system, for example via student routes, and… tackle human trafficking as a priority.’ The London School of Economic’s Student Union has already started a facebook group encouraging students to write to Damian Green MP, the new Minister for Immigration, asking him to clarify:

This is not only of great interest to students currently studying in the UK or hoping to study here but also for the UK’s cash-strapped universities (who lost several hundred £millions in Mondays cutbacks also). According to the Higher Education Statistics Authority (HESA), in 2008 there were around 230,000 non-EU students enrolled in UK higher education, compared with about 110,000 students from EU countries. Overall 15 per cent of students in the UK are international.

And students from outside the EU pay more for courses at UK universities than their European counterparts, providing badly-needed income for the sector. In 2007-08, £1,880 million of UK universities’ income came from non-EU students – to get that in perspective, it was more than the £1, 76 million that came from government research grants. Currently, Universities UK finds that the 350,000 international students being educated in the UK bring in £2.9 billion a year, some 13 per cent of the sector’s total income. And after the Chancellor’s announcement yesterday that the higher education sector must make £200m of savings this year, universities might well look to recruit even more higher fee-paying overseas students.

The LSE group is concerned that the cap and any further tinkering with the points-based system would mean further confusion for international students and lessen the attractiveness of UK Universities. Many students have already been forced to delay or cancel their study after visas were denied because of bureaucratic errors and delays. The LSE group are also concerned that the Post Study Work visa (which allows non-EU students to stay in the UK and work for two years after graduation) will be scrapped, as it is a significant factor in the recruitment of international students to the UK.

In the past the Tories have also proposed introducing bonds of up to £6,000 that non-EU students would have to pay before coming to the UK to study, to be returned when the student leaves the country. Such a measure would effectively slam the door on many applicants from the developing world and be a powerful disincentive to studying in the UK.

In the Queen’s speech, the limit on non-EU economic migrants does not explicitly include student numbers. But if the cap does come in through secondary legislation (i.e. handed down through ministerial decree from the Home Office) then it’s possible that student numbers could be capped without any real or effective debate in the House of Commons.

Even more worrying, perhaps, is the effect on UK Universities being able to attract world-class academic staff from outside the EU. According to Universities UK, higher education institutions are the largest volume users of the points-based immigration system. Universities depend on international academics to contribute across the sector, particularly in subject areas like engineering, science and technology. In 2008 there were around 18,500 non-EU staff accounting for 11 per cent of overall academic staff. The age profile of non-EU academic staff is generally younger than UK academic staff and helps the UK overcome issues around an ageing academic workface. Again in 2008, 20 per cent of non-EU staff were younger than 31 years old, compared with 11 per cent for UK-born academic staff. Thus universities argue that restricting access for professors, lecturers and researchers to come to the UK through even more stringent financial requirements would again discriminates against academics from developing countries – while an outright cap would damage the sector even more. UK universities compete in an extremely competitive and international environment for  a limited talent-pool.

Higher education institutions are also one of the UK’s strongest and largest industries, contributing around £55 billion to the UK economy. Universities alone generate about 2.3 per cent of UK GDP and employ 1 per cent of the UK workforce. Again, the government will need to tread with care with any immigration plans that could put the sector’s contribution to economic growth at risk. 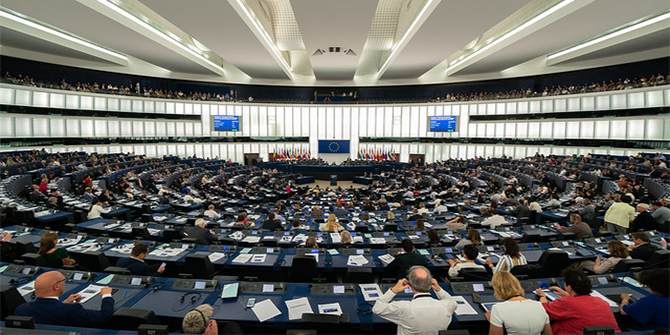