Thomas Wardle argues that the Child Poverty Act misses the point by relying exclusively on financial targets. The deep-rooted problems that families in poverty face cannot be solved by simple cash handouts. We need to ensure that the government is held to account for poverty of circumstance as much as financial poverty.

The other week it was revealed that the target set by the previous government to halve child poverty by 2010 was missed by 600,000. As expected, the figures provoked fierce debate between political parties over whether Labour’s progress in the battle against child poverty should be celebrated or regarded as a grave short-coming. Yet at the heart of this tired and polarised debate are figures which are virtually meaningless.

For a start, the key measure the government uses to measure child poverty is based on median incomes, which, owing to the recession, have also fallen. The level of household income which defines a child to be ‘in poverty’ fell from £259 a week in 2009-2010 to £251 a week in 2010-11. This means that, somewhat bizarrely, thousands of families have supposedly escaped poverty without any actual change to their individual circumstances. In fact, the cost of living rose during this time. So whilst this might transform a spreadsheet in the Treasury, it does nothing to transform lives.

The main problem however is that by relying exclusively on financial targets, the Child Poverty Act completely misses the point. The Centre for Social Justice (CSJ) argues in its latest report, Rethinking Child Poverty, that one of the dangers of such targets is that they paint the experience of poverty as a situation where a child merely has less money than others in society.

This purports that the life chances of our children can be improved just by increasing welfare payments, which results in government decision-making narrowly focussed on short-term increases in benefits at the expense of long-term solutions which seek to tackle the root causes of disadvantage. Of course poverty is about money. But having money isn’t everything. There are many families who have money, often not much, but whose circumstances remain desperately unfortunate. To say that children from these backgrounds are not impoverished is perverse.

This notion is one some struggle to grasp. There is a tendency to reduce what is an inherently complex and multidimensional problem to one that can be solved simply by the addition of a few extra pounds.

If only it were that easy. The last government spent an astonishing £150 billion between 2004 and 2010 – just on Tax Credits – in a well-intentioned but misguided attempt to tackle child poverty. During this period child poverty only fell by one percentage point. The gulf between rich and poor was also higher when it left office than at any other time since records began. This challenges the assumption that the key to tackling child poverty lies with greater welfare spending.

The CSJ works with an Alliance of over 300 grassroots charities who engage with our poorest communities every day. These are the people on the front line whose innovation and commitment to transforming lives gives them expert insight into what works. And they are resolute in their belief that the often deep-rooted problems that families face cannot be solved by simple cash handouts.

One service we spoke to told us of two girls, aged three and eight, who found their mother dead in her bed. An alcoholic of only 35, she had bled to death after a routine dental procedure. Another told us they had to clean faecal matter, blood and graffiti saying ‘I hate my life’ from the walls of an eight-year-old boy’s bedroom. He lived with his mother who was unable to properly care for him due to her severe mental health problems and an addiction to crack cocaine. This is real poverty.

But the current targets overlook all of these things which make life difficult for children. They fail to acknowledge the underlying issues which can trap people in poverty. Our research has shown that it is the break-up of family life, growing up in a workless household, a parent with an alcohol addiction or mental health problem, and an education system which fails too many and which ultimately destroys the life chances of our next generation.

Take family breakdown. The emotional repercussions of parents separating has a significant impact on the future well-being of children. Evidence shows that a stable and nurturing family life, particularly in the early years, reaps untold benefits for a child in terms of better physical, mental and social outcomes. By contrast, the risk factors which a chaotic family life presents can markedly reduce a child’s quality of life and hamper their future life chances.

Similarly, living with a parent addicted to alcohol or drugs can disrupt a child’s education, expose them to criminal activity and leave them vulnerable to a wide range of emotional, cognitive, behavioural and psychological problems. We know there are 1.3 million children with an addicted parent, yet the current measure ignores all those whose families who are above the financial poverty line. Yet these children’s lives are deeply impacted and deserve attention.

This is not about stigmatising or blaming families for their circumstances. Rather, it is about acknowledging the acute problems that many families face and promoting policies which offer families the resources, support and incentives to improve their situation. But the current measures discourage this. The proposals we outline in our report do not undermine our commitment to the poorest or let the government off the hook. Rather it is about ensuring that government is held to account for the things that really matter – not just financial poverty but poverty of circumstance too.

We welcome the government’s recent decision to explore new ways of defining poverty. Crucially this should drive policies which are concerned with tackling the core drivers of poverty in the broadest sense. Whilst the debate over redefinition will undoubtedly present some methodological and practical challenges, we should not allow this to excuse us from the task ahead. Any strategy to tackle poverty should focus on the root causes of deprivation and the social breakdown which fuels it, not the symptoms. The government must press forward with its commitment to measuring poverty in a way which transforms lives, and not simply maintains individuals on marginally higher incomes.

Thomas Wardle is a researcher at the Centre for Social Justice. He recently completed his Masters in Poverty and Development at the University of Manchester. 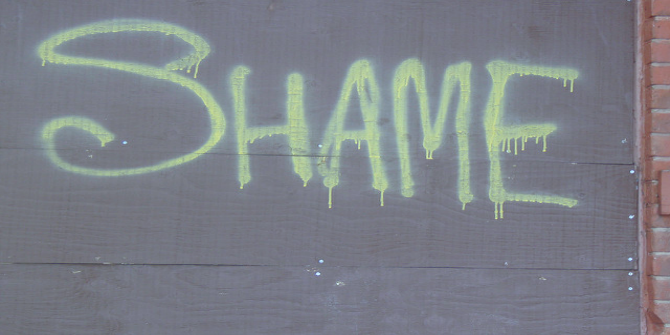