When major economies adopted Keynesian policies to deal with the COVID pandemic, the move was hailed as a ­reorientation of economic policymaking around a new policy paradigm. However, James Wood, Valentina Ausserladscheider, and Matthew Sparkes argue that rather than marking a permanent shift away from neoliberalism, Keynesian-style policies may have been a temporary form of economic crisis management, and neoliberal economic ideas have become re-established post-COVID.

The severity of the economic consequences from the COVID-19 pandemic saw many countries adopt Keynesian-style policies; governments prioritised employment and sought to maintain a baseline of economic performance, supported by the state provision of loans to private firms, corporate equity ownership and high levels of welfare spending (Béland et al., 2021).

This observed shift towards ‘COVID-Keynesianism’ has been hailed as a ­reorientation of economic policymaking around a new policy paradigm. Such accounts described a distinct break from neoliberal policymaking (e.g. Saad-Filho, 2020), which emphasises maintaining low and stable inflation, a low tax environment, fiscal conservativism, welfare state retrenchment, and the importance of the state as a facilitator of private markets, rather than a substitute for them (Hay, 2004).

We argue these accounts overstate the extent these Keynesian-style state interventions during the pandemic constitute a long-term policy change. Rather than marking a permanent shift away from neoliberalism, Keynesian-style policies may be temporarily ‘borrowed’ by policymakers as a form of economic crisis management, before returning to ‘normal’ neoliberal policymaking once the crisis subsides (Hay, 2012).

The 2008 Global Financial Crisis provides a clear example of this, as several countries temporarily adopted Keynesian-style economic ideas by increasing welfare provision and nationalising financial institutions before introducing neoliberal fiscal austerity measures once their domestic economies stabilised (Duménil and Lévy, 2011). However, there has been little examination of how neoliberal economic ideas become re-established after the economic crisis of the pandemic has been managed.

Institutional changes of economic policymaking do not occur solely at the direction of politicians. Rather, they are reliant on ‘a sufficient intersubjective consensus about the legitimacy of change among the broader population’ (Widmaier et al., 2007, 749). As such, political actors may look to generate political support by influencing voter preferences about how the economy should operate.

Political actors may also attempt to persuade the public of the necessity of instigating an institutional change of economic policymaking by discursively constructing a crisis of the economic policy set currently in place (Hay, 2004). Here, a crisis is deemed a moment of necessary intervention, where political actors associate current economic policies with various social, economic and political problems that need to be addressed (Hay, 2016). This subsequently provides a justification for a new policy set to be introduced that directly solves the problems associated with the current economic paradigm (Hay, 2016).

Yet, the specific narratives deployed by policymakers to motivate a return to ‘normal’ neoliberalism after the pandemic are an under-explored research area. Therefore, we examine whether, and to what extent, policymakers in different countries attempt to legitimise the re-establishment of ‘normal’ neoliberal policymaking after the COVID-19 pandemic? We examine the question of how pro-neoliberal narratives emerge in Britain, Germany and the US in the context of the pandemic. The three cases were selected as each country has adopted key tenets of neoliberal policymaking in the decades preceding the pandemic (Konings, 2010; Hay, 2004; Germann, 2014).

The results of our analysis demonstrate how political actors across these cases construct narratives of a ‘twin crisis’ around the fiscal sustainability of COVID-Keynesianism and the threat of rising inflation during the pandemic. British political actors across the spectrum construct a crisis of fiscal sustainability and advocate a return to prudent government spending, demonstrating how deeply the neoliberal emphasis on fiscal conservativism is embedded in Britain. Alternatively, British economic policymakers attribute rising inflation to the Bank of England’s expanding remit and call for a return to a narrow focus on neoliberal inflation targeting, restoring its credibility.

In Germany, political actors argue that fiscal prudence prior to the pandemic enabled increased spending to address the economic issues posed by COVID-19. Subsequently, they advocate a return to fiscal conservatism to develop the fiscal capacity to deal with unexpected economic instability in the future. As Germany has handed its monetary policy autonomy to the ECB, German political actors hold the ECB’s monetary expansion programme responsible for rising inflation and demand the ECB re-focus on their inflation-targeting mandate.

Finally, in the US case, Republican politicians emphasise how Biden’s fiscal spending is unsustainable and construct a specific political crisis by associating it with socialism, which is less politically acceptable in the US than in other Western democracies. Republican political actors also bind the twin crises of COVID-Keynesianism by holding Biden’s fiscal spending responsible for rising inflation, with fiscal conservatism proposed as the main solution to these twin crises. Thus, making it distinct from proposed solutions within Britain and Germany for central banks to re-focus on the technocratic management of inflation.

Overall, these findings demonstrate two key contributions made by our analysis. First, we illustrate how political actors idiosyncratically attempt to influence short-run changes in ­economic policymaking in different countries in ways that relate to the specific political context of a country. Second, we demonstrate how the overarching continuation of a dominant economic policy paradigm needs continuous legitimation to curtail challenges from alternative economic ideas. This suggests policy paradigms do not exist in periods of equilibrium but necessitate continuous reinstatement by political actors and legitimisation to the public to remain in place.

Note: the above draws on the authors’ published work in Cambridge Journal of Regions, Economy and Society, rsac030. 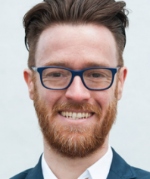 James Wood is a Teaching Associate in Political Economy in the Department of Politics and International Studies at Cambridge University. 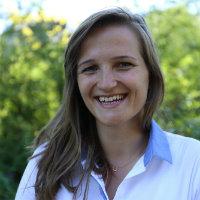 Valentina Ausserladscheider is a Postdoctoral Researcher in Economic Sociology at the University of Vienna. 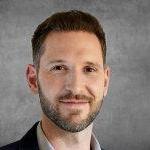 Matthew Sparkes is Teaching Associate in the Department of Sociology at Cambridge University.

Photo by Anastasiia Chepinska on Unsplash