As COVID-19 rips through our social care sector, now is the time to put an end to the highly fragmented social care market and for the NHS and local government to step in to provide coordination, writes David Rowland. The arguments for doing so are becoming more compelling by the day.

Using the market to deliver social care on a low-cost basis had manifestly failed even before the current pandemic: one in five care homes are rated as inadequate or needing improvement, personal care is provided to people in their own homes in 15-minute slots, with the sector as a whole suffering from a 30% turnover rate – a fact which might explain why there are currently over 120,000 vacancies.

But this market failure, whilst tolerated by politicians of all parties for over 20 years, is fast becoming the cause of a national tragedy. Due to the fragmented nature of social care provision, it is almost impossible to say what is happening to these older people. Within one local authority, as many as 800 different care businesses are delivering vital care services at any one time, making it all but impossible for public health teams to track and monitor the spread of the disease across these providers.

At a national level, the data on care home deaths and infection rates is appearing in the media on a company-by-company, and sometimes home-by-home basis with seemingly no standardised method of reporting. The care regulator has only just started collecting data on deaths caused by COVID-19, some four weeks into the crisis. And family members are often unable to visit their loved ones and so are unable to see what kind of care they are receiving.

And because care home companies exist as separate businesses, in competition with one another, it is difficult if not impossible for them to collaborate to jointly procure protective equipment, or to re-allocate staff members from one home to another to cover sickness absences. The success of one care provider in getting access to PPE or staff cover is to the detriment of another, and without state support it is impossible to develop additional care facilities so as to isolate those who are infected from those who aren’t.

Moreover, the care workforce has become so casualised that care workers will sometimes work in more than one care setting – providing care services in someone’s home one day, whilst working in a residential care setting the next – thus potentially increasing the spread of the disease amongst those who are most vulnerable. The reliance on zero-hours contracts, particularly in the home care sector where nearly 60% of workers operate on such terms, also heightens the risk that those workers who are sick with the virus are unable to afford to stay at home and isolate.

Because the state has driven the cost of delivering care down to a bare minimum, and because offshore investors have sought to extract the maximum short-term profit out of the residential care sector, many care provider companies were teetering on the brink of collapse even before COVID-19 hit. This has left the financial structure of the industry in such a fragile state that it is not able to withstand even a minor downturn in income or increase in costs.

When the relatively mild winter flu hit in 2017, one of the largest and most financially troubled care providers, Four Seasons, reported that its profits had been badly hit due to a 2% decline in occupancy rates caused by an increase in deaths amongst the older population.  The government’s impact assessment on a no deal Brexit, published in 2019, predicted that an increase in inflation would cause the care sector to fall over. And the home care industry was also found to be loss-making even before the pandemic, with a quarter of all businesses at risk of insolvency.

But these shocks are nothing compared to the sustained impact of coronavirus over an 18-month period – the increased hygiene and cleaning requirements, PPE and staff costs which come with dealing with this crisis, and the fall in income and occupancy due to the tragically premature deaths of large numbers of older people. All these mean that the sector is heading towards financial collapse.

The government’s plan for the social care sector, published in late April, works on the assumption: that it can turn the social care system round by building on this dysfunctional market structure. It sets out plans to provide greater amounts of PPE for staff, to increase testing, and to recruit more care workers alongside an additional £1.6 billion of funding. But these are only the very basics that the system currently needs to deal with the impact from COVID-19.

The government’s plan does nothing to address the high likelihood of provider failure, instead relying on the sector regulator’s ‘market oversight regime‘, which merely warns local authorities if a major provider is about to go bust but does nothing to prevent it.  And it says nothing about addressing the highly precarious employment status of the workforce. Whilst acknowledging that a quarter of care workers are on zero-hours contracts, the government proposes to do nothing to provide them with any additional security, which might prevent them from working when sick and endangering the people they are caring for.

Unlike in the NHS, where the Secretary of State has legal powers in an emergency to issue commands and in effect suspend the operation of the NHS internal market, no similar powers exist in relation to the social care sector. Yet it is becoming clearer that it is impossible to effectively respond to a public health emergency of the current magnitude by relying on market-based provision.

At the very least, local authorities and the NHS should be given the legal powers to take over direct responsibility for providing care in people’s homes, where this can be justified on public health grounds, and to also, if necessary, take back publicly-funded contracts for home care and employ the home care workforce directly as part of the NHS or the local authority.

The NHS and local authorities should also have powers to issue directions to all care providers where there are concerns about their ability to respond effectively to the virus, irrespective of whether the recipients are private payers or are state funded. Publicly-funded capital should be quickly made available to allow the NHS or local authorities to open new homes to provide additional facilities in order to shield vulnerable people. Where care homes are at risk of going bust, local authorities and the NHS should have the right to step in and run the facilities, rather than having to re-house residents at very short notice as currently happens.

Arguments about the state’s long-term role in directly providing social care services and the funding arrangements for social care can wait until this crisis is over. For now, the NHS and local authorities need levers to coordinate social care provision in order to have the best chance of minimising the harm to our older population.

All articles posted on this blog give the views of the author(s), and not the position of LSE British Politics and Policy, nor of the London School of Economics and Political Science. Featured image credit: by Cristian Newman on Unsplash.

Posted In: British and Irish Politics and Policy | COVID-19 | Economy and Society | Featured | Public Services and the Welfare State

With rising demand for adult social care services, at a time of declining resources, identifying and disseminating best practice has never been more important 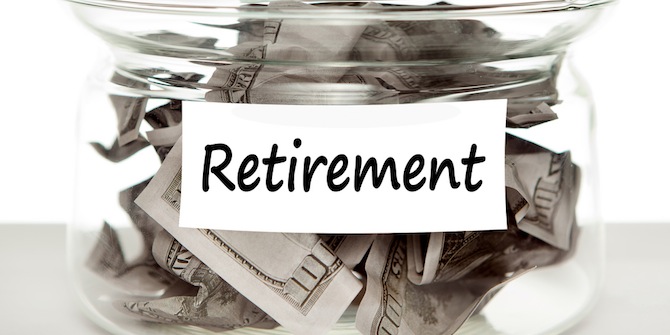