Is the Curriculum for Excellence in Scotland working? If not, can it be changed? Lindsay Paterson explains the reasons behind the recent disquiet and writes that although it may be a plausible culprit for the decline in students’ performance, the curriculum is so deeply embedded that removing it would cause enormous upheaval. And, since children get only one chance to learn, a whole generation will have been betrayed.

Scotland’s Curriculum for Excellence might not, at first sight, appear to be controversial. An outsider might notice the remarkable consensus that has accompanied its development at the heart of policy for school education. The report which launched it in 2004 is still endorsed by all five political parties in the Scottish Parliament.

That report proclaimed a child-centred philosophy that ran counter to the educational ideas that have dominated in England since the 1980s. Teachers would be given autonomy to decide what to teach. The curriculum would be based on the application of knowledge, not its abstract propositions. The SNP, Conservatives, Labour, Liberal Democrats and Greens may now argue vociferously over whether the curriculum is a beacon of progressive ideas or an under-funded shambles, but they are all responsible for its existing at all.

The consensus extends also to every vested interest in Scottish education. The teacher trade unions have signed up to it so enthusiastically that they have been represented on its management board. The local authorities, responsible for managing public-sector schools, offered no dissent. The universities officially accepted the ideas uncritically, with their teacher-education faculties notably enthusiastic. Even critically supportive assessments were very unusual (but see that from Professor Mark Priestley).

Yet the curriculum has recently been the centre of widespread disquiet. The arguments are of a uniquely Scottish kind because they pit the entire leadership class in policy against maverick outsiders. So these critiques are partly invisible. But they reflect a sense that a once-admired education system is now mediocre.

That decline is most evident in the three-yearly studies run by the OECD – the Programme for International Student Assessment, which measures the attainment of students aged around 15. Scotland used to be well ahead of the OECD average. It has now sunk to average, not only because other places have advanced rapidly but also because there has been an absolute Scottish decline. Similar conclusions are reached by the annual Scottish Survey of Literacy and Numeracy, which has shown since 2011 a fall in attainment in both of these curricular areas among children in primary school and in early secondary.

None of this can conclusively be said to be the consequence of the new curriculum since no proper baseline data were ever collected that would allow us to trace the curriculum’s impact. The inadequacy of Scottish educational data is itself a scandal. The present SNP government withdrew Scotland from other international studies that would have told us more about what is being learnt. The pre-2007 coalition of Labour and the Liberal Democrats abolished the Scottish School Leavers’ Survey, an internationally renowned source that had been running biennially since the 1960s. Now the Scottish Survey of Literacy and Numeracy is also being abolished. Scottish education is a data desert.

But the reason why the new curriculum is a plausible culprit for the decline lies in what it gets children to learn. It belongs to that strand of curricular thinking sometimes known as constructivism. The essence of this view is that studying bodies of knowledge is pedagogically ineffective. Knowledge goes quickly out of date, and learning it is dull. Children emerge allegedly unable to think for themselves, unskilled for work in the new economy, and unprepared to act as democratic citizens. Instead, children should be enabled to construct knowledge for themselves.

The defenders of the curriculum deny that knowledge is being neglected, but the survey results and the details of the voluminous curricular documents belie that. There is no recognition in the curriculum of a canon of necessary ideas or practices – no acknowledgement of any kind of theoretical framework that might give coherence to each curricular subject.

Thus the basis of the new curriculum is in what is now the standard ideology of the academic left in education – a revivified version of 1960s fashion, supported by OECD advisers. It is increasingly clear from international comparisons that neglecting knowledge is educationally disastrous. One body of international evidence for that is assembled by E. D. Hirsch in his 2016 book Why Knowledge Matters. Especially cogent arguments in the same vein have come from two teachers in England who have become eloquent writers – Daisy Christodoulou’s Seven Myths about Education (2013) and David Didau’s What if Everything You Knew about Education was Wrong (2015). The critique does not deny that skills matter, but rather says that the best way to acquire skills is through gaining knowledge.

Consider, for example, a cross-curricular theme of the kind that the new curriculum encourages: asking 12-year-olds to investigate a local canal. There are potential themes relating to ecology, economic history, gender relations in the past, sport and exercise today, and much else. Fine, but none of this makes proper sense without some systematic knowledge of each of these specific contexts. The ecology of a particular place can be understood only in an overarching framework of how plants and animals co-exist. Interpreting the history of a two-century-old mode of transport requires a wider understanding of the industrial revolution. And so on: new knowledge requires old knowledge.

The argument against Curriculum for Excellence is therefore that subject disciplines are not merely arbitrary. They are the refinement of knowledge that has been gradually built up over centuries. In relation to that knowledge, each new generation of children are no more than humble apprentices. Knowledge can therefore be emancipating, and knowledge acquired through schools provides that opportunity to people who would not get it from home. If schools stop teaching structured knowledge, then inequality of access to knowledge will widen, because the children of the well-educated and the wealthy will get it in other ways.

So, despite initial appearances, the controversy is actually intense. Curriculum for Excellence is now so deeply embedded that removing it would cause enormous upheaval which teachers – exhausted after this reform – would never tolerate. There is no chance that an easy way out can be found. And, since children get only one chance to learn, a whole generation will have been betrayed.

Lindsay Paterson is Professor of Education Policy at the University of Edinburgh.

Posted In: British and Irish Politics and Policy | Education | Featured | Public Services and the Welfare State 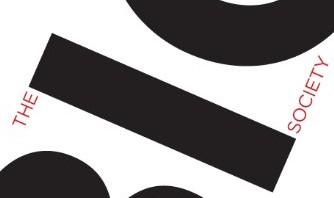