The British government is currently attempting to renegotiate the terms of the country’s EU membership, but what specific concessions would David Cameron like to achieve? Michael Keating presents an overview of the possible reforms, noting that the relatively minor proposals currently being discussed are unlikely to satisfy Eurosceptic Conservatives or UKIP supporters.

Now that the Conservatives have a majority government, the UK will have a referendum on membership of the European Union. This is scheduled to happen before the end of 2017, although there are signs that ministers would like to get it over before then. Before that, there will be negotiation and it is not at all clear what the UK Government actually wants to negotiate.

At one point, the Conservatives were seeking a radical rethink of the UK position with the EU but they have always supported the single market, and much of what Europe does flows from that. This was demonstrated in the Balance of Competences review undertaken by the Government between 2012 and 2015, which found nothing substantial that could usefully be repatriated without disturbing the single market.

After 2010 there was talk of repealing the ‘social chapter’, but since the Lisbon Treaty there is no such thing, the provisions having been incorporated into the treaty in multiple places. In the last year, the focus has been the numbers of Europeans coming to the UK to work, but other members states have stated that the principle of free movement of labour is also part of the single market and not up for negotiation.

So attention has shifted to welfare benefits claimed by EU migrants. It is likely that benefits tied to work would be protected under the treaties, so the whole argument might come down to marginal changes in other entitlements, which could in turn provoke counter-measures against British workers abroad. Certainly, such minor adjustments are unlikely to satisfy Conservative Eurosceptics, let alone UKIP.

The focus has also shifted from getting special opt-outs for the UK towards changes that might gain the support of other member states, which again points to minor changes around welfare. It is also very difficult to get any changes that would require treaty change since this would require unanimity, and referendums in several countries, and could invite member states to put other items on the agenda.

The Scottish Government, for its part, sees no need for a referendum and indicates that it will support staying in on principle. There are also some distinct concerns. Scotland under successive administrations has been rather pro-immigration on the grounds that Scotland’s demographics require it. It has also supported a stronger social dimension in Europe. Yet it is not clear just what sort of Europe the SNP supports and how far this differs from the Westminster mainstream. It will be important in any negotiation to set out its position clearly but it will be aware that Euroscepticism is not purely an English phenomenon.

It is also important that the devolved governments be involved in the process. They do participate in European policy-making where devolved competences are at stake, and attend meetings of the Council of the European Union. Their role in constitutional negotiations is much less clear, especially as reserved matters will mostly be at stake.

The referendum was a way for the Conservatives to get out of their European problem in the last parliament but it could cause them no end of troubles in this one. Already, 50 backbenchers have put down a marker to indicate that tinkering with welfare benefits will not be enough for them.

Note: This article was originally published on the Centre of Constitutional Change and gives the views of the author, and not the position of the British Politics and Policy blog, nor of the London School of Economics. Please read our comments policy before posting.

Michael Keating is Director of the Centre on Constitutional Change and Professor of Politics at the University of Aberdeen. 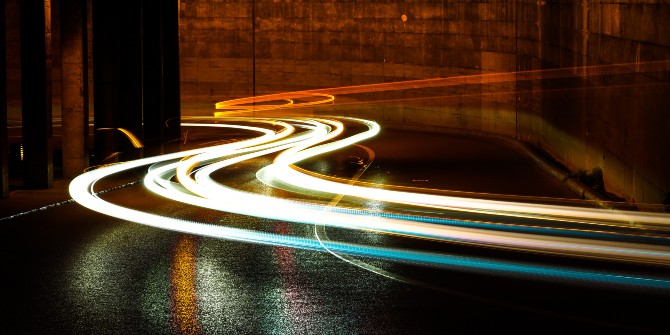 Following Francis: to build a safe NHS we must go from targets to teams