David Green argues that dealing with suspects by way of out-of-court disposals risks expanding the role of the police, while also risking life-changing decisions being made by vulnerable people without access to proper advice.

February 2020 saw deferred prosecutions hit the headlines in two ways: the big story was the Deferred Prosecution Agreement between the Serious Fraud Office and Airbus; the smaller, but potentially far more significant, story was the publication of the latest results of the Checkpoint Programme being piloted by Durham Constabulary. This programme, and Out-of-Court Disposals (OOCDs) like it, are likely to have a far greater impact on the lives of a far greater number of people.

In short, the scheme allows suspects in cases of certain ‘low-level’ offences to defer their prosecution on condition that they take part in a rehabilitation programme. If successfully completed, the suspect will not be prosecuted and will escape a criminal conviction; if they fail to comply, they will be charged and send to court. The scheme is part of a research project being completed by academics at Cambridge University.

The latest figures released to the media state that over 2,660 suspects have now taken part in the trial. The results are said to be promising: only 6% of those suspects have reoffended. The two-year re-offending rate is said to be 15 percentage points lower for those who have taken part in the trial than for those who have not. The clear thrust of the research published so far is that this is a successful programme in and of itself.

What isn’t said so clearly is that dealing with suspects in this way avoids the time and money involved in prosecuting and sentencing these people. These savings will apply to the Police, Crown Prosecution Service, HM Courts and Tribunals Service, the Legal Aid Agency, the Probation Service and, potentially, HM Prison Service. When seen in the context of police numbers that have decreased by over 20,000 since 2010 and a Ministry of Justice budget that has been cut by over 25% in absolute terms over the same period, this programme and those like it could justifiably be seen as the salvation of a cash-strapped Criminal Justice System. There are, though, two major objections to this prevailing view: the first philosophical; the second more practical.

Since the foundation of the modern police service, the role of the police in the Criminal Justice System of England and Wales has been that of investigator. The courts decide on guilt and sentence and the prosecution and defence can be represented in that process. This type of OOCD turn the police into judge, jury, and executioner – they initially investigate before quickly deciding on guilt and sentence. A discussion can be had about whether the status quo should persist, but what certainly should not happen is that changes as fundamental as this take place almost accidentally, in a piecemeal and ad hoc fashion. As things stand, someone arrested in Darlington may be dealt with in a completely different way, with vastly different consequences, than someone arrested for an identical offence ten miles away on Stockton-on-Tees.

The second objection is more practical – there are real-life negative consequences of OOCDs like these for those caught up in them. Once one agency holds the role of investigator, judge, jury and executioner, the individuals trapped in the process – the complainant and suspect – can easily become victims of low-level corruption within the system. These are individuals who, it is recognised, are often vulnerable, suffering from mental health, language, drug, alcohol and abuse issues.

Everybody is naturally inclined to do their job in the easiest way. The problem with police officers doing their jobs in the easiest possible way is the amount of power they wield. One can sympathise and understand a police officer wanting to avoid the vast amount of administration involved with pursuing a case to court – preparing the file, seeking advice from the Crown Prosecution Service, the risk of being tasked to gather more evidence, being called away from more pressing duties to give evidence in court, sitting around all day in court only for the case to go down and having to be called back again in two months’ time. The officers may well argue that they are serving the public good – rather than spending hours in the police station on these tasks, they are ‘back on the streets’ carrying out active duties far more quickly. All of this leads to a pressure on police officers to persuade complainants and suspects to accept an OOCD which may well not be the appropriate route for them.

The evidence suggests that OOCDs may work if done properly and are fully funded. From 2014, Staffordshire Police have operated a long-term pilot where the only OOCDs available to suspects are Conditional Cautions and Community Resolutions. Conditional Cautions operate in a similar way to the Durham scheme, with the exception that, if the conditions are successfully completed, the suspect receives a formal caution, of which a record subsists. Some of the requirements of these conditional cautions, such as attendance on programmes designed to combat addiction, are quite onerous – vulnerable suspects can be told by the police, ‘just admit this and you won’t go to court’ – they then end up on a programme that they have no hope of completing and when they inevitably fail they end up in court for something that they in fact deny having done in the first place.

The Staffordshire Police pilot wasn’t properly funded, so the suspects had to pay for their own courses. This could range from £45 for a half-day drug course to £1,000 for a 12-session course relating to non-contact sexual offences. So effectively suspects were told, ‘pay for this course and you won’t go to court’. A £45 course for a suspect dependent on benefits and racked with a drug addiction is as unobtainable as a £1,000 course and so people who could afford it avoided prosecution and those that couldn’t didn’t.

There is a real danger posed by the creep of the role of the police in to matters that are for other agencies; there is a risk that potentially life-changing decisions are being made by vulnerable complainants and suspects without access to proper advice and meanwhile criminal justice becomes both a postcode and a financial lottery. A panacea this is not, and can never be, due to its fundamental flaws and failure to uphold justice for all.

David Green is a solicitor and higher courts advocate. He was formerly a partner at one of the country’s largest criminal legal aid solicitors firms and is now a Teaching Fellow and Policing Course Leader for the Birmingham Campus of the University of Law. 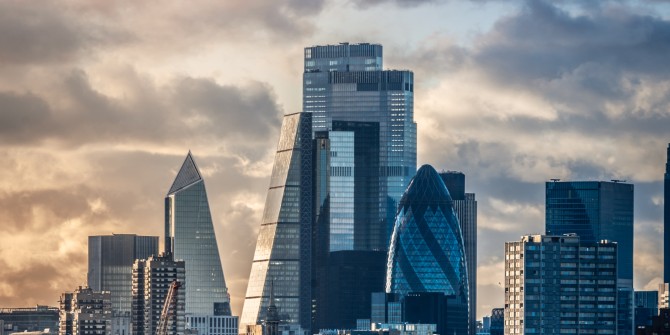