Political economy and public policy scholars have argued that UK governance has been increasingly depoliticised through the displacement of responsibility to market actors; the creation of ‘arms length’ bodies; and the power of experts to make decisions that have wide ranging implications. Here, Caroline Kuzemko argues that technocratic energy policymaking hinders the sorely needed pursuit of transformative energy policy.

The depoliticisation of policymaking is, of course, not confined to the UK (as Firat Cengiz recently argued concerning the European Union’s democratic deficit). However, a recent UK example is offered by the National Infrastructure Committee (NIC) set up in October last year by HM Treasury. The NIC is independent of government, but ‘works with’ the Treasury. Indeed the NIC is so ‘independent’ that the first CEO has already been informed, by the Chancellor no less, of what the UK’s infrastructure priorities will be: northern connectivity; London transport infrastructure; and energy.

What does this mean, however, for government departments, like the newly established Department of Energy and Climate Change (DECC), usually responsible for research and policymaking in these areas? Or indeed, what does this mean for informed and inclusive political representation in policymaking?

My recent research argues that depoliticisation in energy governance currently takes a number of forms, some of which are underpinned by embedded market liberal ideas about government competencies and fiscal austerity. These are heuristically referred to as ‘marketised’, ‘technocratic’ and ‘non-deliberative’ and the NIC is, arguably, an illustrative example of ‘non-deliberative’ depoliticisation in practice. This is because the NIC is not responsible directly to Parliament, nor an elected Secretary of State for Infrastructure, but to a Chief Executive Officer (CEO). Furthermore, its role is to offer ‘expert, independent advice’, and assessments produced by the commission will be laid before Parliament. Most worrying, however, is that HM Treasury will take responsibility for responding, on behalf of the government, by detailing how the government will take the recommendations forward. Although the NIC will consult with government departments and local authorities it has the mandate to make its own recommendations and to hold the government to account if it is not taking forward the plans that result from its work.

All of this sidelines government departments, that in turn have been subject to spending cuts over the past five years, and places HM Treasury front and centre of decision-making in infrastructure – all the better, perhaps, to control the purse strings. It remains to be seen if the NIC will be instrumental in delivering long-term, sustainable and publically beneficial infrastructure projects for the UK. But the central issue remains that the process through which it reaches decisions about large-scale infrastructure projects is not inclusive, deliberative, nor particularly democratic.

This form of governance stands in direct contrast to politics defined as the capacity for collective agency and choice underpinned by open and informed deliberation and social action. This more positive conceptualisation of politics is mirrored in recent scholarship on sustainable energy system change which argues that what is needed now is a ‘transformation’, not a transition. Transformations are conceptualised as plural, openly debated over time and as actively including households and communities within processes of change. Transitions, like the NIC, tend to infer more top-down, technocratic driven change. Indeed, like Firat Cengiz, much climate governance and sustainable energy scholarship argues that for profound and lasting system change to occur it will be vital for households, communities and companies to become active participants in the process. In energy this would take the form of a more decentralised system, underpinned by community and citizen generation of clean energy, and by more responsive and flexible consumption.

By making little or no provision for citizens to become informed about and included in the policymaking process the NIC, like other technocratic energy governance arrangements, stands in the way of this type of change.

Caroline Kuzemko is a Senior Recent Fellow at the University of Exeter. This blog draws on work from her recent article, published in the British Journal of Politics and International Relations.  She is a member of the EPSRC funded project IGov – ‘Innovation and Governance’ – which investigates complex inter-relationships between energy governance and innovative, sustainable practice change in energy systems – with an emphasis on demand management. 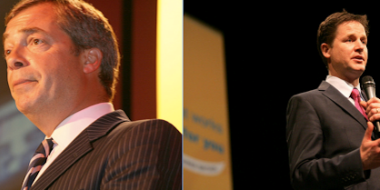