Following an agreement last year to devolve powers to the Greater Manchester region and for the creation of a directly elected mayor, George Osborne has announced a new agreement to devolve the NHS to Manchester. In this article, Bob Hudson examines the agreement in depth, explaining that there are four main policy-implementation gaps regarding national governance, regional/local governance, financial governance and democratic governance.

The £6 billion NHS DevoManc deal has been hailed by NHS England CEO, Simon Stevens, as having ‘the potential to be the greatest act of devolution there has ever been in the history of the NHS’. The proposal builds on the 2014 devolution concordat between the Chancellor and the Greater Manchester (GM) councils to devolve the following powers on the understanding these would be exercised by a directly elected mayor:

Powers over the NHS didn’t figure in this agreement but without warning, ten weeks before the 2015 general election, the Chancellor announced this radical extension of powers which quickly became enshrined in a ‘memorandum of understanding’ (MoU) – Greater Manchester Health and Social Care Devolution – supported by ten councils, twelve CCGs, fifteen NHS providers, NHS England, the Chancellor of the Exchequer and the Secretary of State for Health.

The parties to this agreement are the commissioners – the ten councils plus NHS England. The position of providers is less clear, with ‘letters of support’ attached from regional NHS Trusts, Foundation Trusts and the NW Ambulance Service. It is said the parties will share, amongst others, the following objectives:

The agreement is further said to be underpinned by a comprehensive set of principles including:

The potential scope of the proposal has created much policy interest, especially the possibility of maximising population health as opposed to ad hoc integrated care pathways. With acute care, primary care, community services, mental health services, social care and public health all under one umbrella, the potential synergies for tackling ‘wicked’ issues like obesity, mental health and loneliness are exciting.

To govern this new arrangement a two-tier regional model is proposed:

Despite the political chutzpah surrounding the announcement, the MoU is, in places, appropriately tentative. It is, for example, described as ‘a roadmap which will require ratification in the light of experience and developments in the future’. Workstreams are already underway on key elements – governance, resource and finance, clinical and financial sustainability, primary care, specialised services, capital and estates, and research and innovation.

The idea of ‘whole system working’ attracts universal support but is far from new – we have had years of rhetoric around ‘total place’ and ‘whole place community budgets’. Why should this be different? And where are the main policy-implementation gaps? Four can be identified: national governance, regional/local governance, financial governance and democratic governance.

It is far from clear how much freedom GM will have to depart from national policies. This is politically sensitive. On the one hand we are accustomed to the idea of a national health service with across-the-board rights, standards and targets, and the MoU accepts the need for GM to stick to current national requirements. On the other hand there will be little point to the devolution package if regional discretion is effectively curtailed. And if, as expected, the model spreads across England, are we ready for the existence of around eight versions of the NHS?

In the event of a new Labour government we cannot even be sure that the GM model will proceed as planned. The Labour health team, long beavering away on a national model comprising Health and Wellbeing Boards taking on a strategic joint commissioning role but advised by CCGs, may not take kindly to GM. Labour thinks devolution needs to be undertaken within a nationally coherent framework rather than as a balkanised free-for-all. Already Andy Burnham, the shadow Health Secretary, is expressing concerns about the emergence of a ‘two-tier service’ and of a ‘Swiss-cheese NHS’.

There is a further issue of national governance that currently lacks clarity – the position of the key national regulators, Monitor and the Care Quality Commission (CQC). They currently inspect and regulate separate organisations and functions, whereas the GM model requires a joined-up regulatory model. To what extent can GM develop its own regulatory system suited to regional and local circumstances? NHS providers in GM are calling for ‘a new set of relationships’ with their regulators, but the stance of Monitor and CQC remains uncertain. And if the national regulatory role is curtailed within GM, how appropriate is it for GM commissioners to then ‘mark their own homework’?

Within the GM community there are complex layers of activity at regional, sub-regional and local level, as well as divisions between commissioners and providers. How will all of this cohere? The position of individual local authorities and CCGs remains unclear other than via a commitment to ‘subsidiarity’. The MoU baldly states that ‘during 2015-16 providers will establish an agreed form of arrangements to enable them to provide a collective and positive response to the requirements of the shadow Joint Commissioning Board’. This has all the ingredients of a political minefield. Providers are not full signatories to the MoU and may feel they are not full partners in the new model – indeed GPs have already complained of being excluded. The problem for any regional wide system-level model of health and care is that ultimately most services are locally delivered by relatively autonomous professionals whose commitment needs to be secured.

On top of all of this is the requirement dreamed up by the George Osborne of an elected regional mayor to take up post in 2017, just as the new structures should be taking effect. Nobody seems clear about how this could affect the new GM arrangements. An elected mayor could be expected to appoint a distinct ‘kitchen cabinet’ that could potentially be at odds with the new regional health and social care partnerships. It is unclear whether the elected mayor will have a free hand over the NHS devolution or what sort of checks and balances with existing parties to the MoU can be put in place.

The MoU states that a new health and social care chief executive will be responsible for the £6 billion devolved healthcare budget, not the elected mayor – yet another divisive political front – but the issue goes beyond these two positions. Individual LAs and CCGs will continue to be legally responsible for their existing funding flows and responsibilities but will, in some significant way, be losing direct control over how these funds are used. This will be uncomfortable.

Fundamental questions also remain unanswered about dealing with overspends, and around powers to move funding between health care, social care and other types of local services. Both the NHS and local government are under budgetary pressure, but whereas local councils have implemented savage cuts to their budgets and services, the NHS has grown accustomed to central government bungs once services are in difficulty. There may be no such safety valve under a devolved system, yet a relatively minor overspend in a big hospital could quickly destabilise a financially strapped council. No local council leader will feel sanguine at the prospect of taking over responsibility for NHS funding from the Health Secretary.

And there is one further political hot potato to be addressed – the fact that the NHS is free at the point of use whereas social care is means-tested. Can people be assured that the local government model of privatisation and charging will not now be extended into NHS treatment and services? If there is one budget, where does one service model end and another begin? Unless an expensive decision is taken, say, to make the higher need bands of social care free at the point of use, there will be confusion and resentment at the operational level for which local and regional leaders will be taking responsibility.

Finally there is the question of democratic governance – the legitimacy of the entire mission. The fact that the GM programme involves some accretion of power by democratically elected councils at the expense of unaccountable NHS bodies has perhaps served to obscure this aspect of the changes. The first problem is that such a significant political and policy shift should take place so quickly and secretively. No prior consultation seems to have been undertaken, no piloting is proposed and no new legislative powers have been required. Rather there has been rapid utilisation of the existing powers of NHS England to delegate specialised commissioning and primary care budgets to CCGs, along with the freedoms of NHS and local authorities to pool budgets under long-standing section 75 agreements.

The politics also appear murky. All of the local authorities involved are Labour controlled councils but the respective leaders failed to share their intentions with the Shadow Health Secretary, Andy Burnham, who has been moving towards a national strategy for ‘whole person care’ in the event of a Labour government. This is even more remarkable given that Burnham is MP for one of the GM areas, Leigh. At a stroke, the Chancellor can claim to have shot Labour’s integration fox. Meanwhile citizens, patients, service users and carers appear to have had no voice at all in the unfolding arrangements.

The hope may be that bringing local government into tough decision-making about the fate of local NHS services will lend legitimacy and authority to proceedings. This is unlikely. Whatever regional structures are in place there will be local protectiveness towards existing services from councils, CCGs, patients and citizens. What looks like a rational decision-making model on paper can soon descend into a pitched political battle between layers of governance, commissioners and providers, governors and citizens.

Overall, whilst there will be much sympathy for the direction of travel in Greater Manchester, there will be concern about the way in which decisions have been taken and the pace and scale of change. The unfolding policy and politics will be with us for many years and there will be much to learn.

Note: This article gives the views of the author, and not the position of the British Politics and Policy blog, nor of the London School of Economics. Please read our comments policy before posting. Featured image credit: Adrian Clark CC-BY-SA-3.0

Bob Hudson is Professor in the School of Applied Social Sciences, University of Durham. He tweets from @Bob__Hudson. 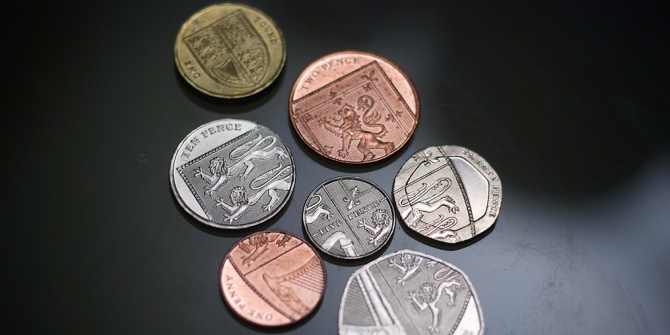