With May’s minority government about to be propped up by the DUP, mainland UK is getting more familiar with the tone and content of party politics in Northern Ireland. This includes learning more about the incredibly restrictive legal situation that exists there for the LGBT community and for women seeking terminations, explains Jennifer Thomson.

After several days of confusion, speculation, and negotiation, Northern Ireland’s Democratic Unionist Party appear set to act as kingmakers and support Westminster’s Conservative minority government. The ramifications for what this will mean for the peace process (and the currently stalled government) in Northern Ireland are unclear and, as John Major has argued, potentially troubling. The turbulent period in British politics that begun in the wake of the Brexit vote last June, looks set to continue. 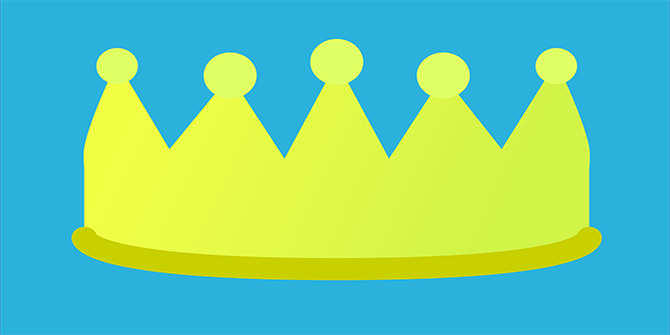 Although the potential importance of the DUP was pointed out in the run-up to the 2015 General Election, when a hung parliament did not materialise despite having been very much expected, no such scenario was anticipated this time around. Since the surprise result, much media attention has focused on the DUP’s policy lines on social issues, with the party being strongly socially conservative, promoting a type of rhetoric around gendered rights in particular which is in stark contrast to the liberal, compassionate Conservatism that former PM David Cameron championed.

As others have pointed out, the DUP are far more likely to use their new position of importance at Westminster to argue for increased financial support for Northern Ireland and its public sector, and will probably be less interested in pushing their social agenda on the rest of the UK. Yet their sudden elevation to the centre of British politics has temporarily focused the media’s attention on the disparities between gendered rights in mainland Great Britain and Northern Ireland.

Same sex marriage remains illegal in Northern Ireland, largely due to the DUP’s continual use of a veto mechanism at Stormont to prevent the required legislation. A lifetime ban on gay men donating blood was lifted in England, Scotland, and Wales in 2011, but only in 2016 in Northern Ireland – the delay was largely due to former DUP Stormont Health Minister Edwin Poots’s executive decision that the ban should stay. Poots was also key in attempts to continue to keep in place laws exempting same-sex couples from adopting in the province. Like the ruling on blood donation, this was also eventually overturned by courts in Northern Ireland, in opposition to DUP policy and actions.

In light of the above, it is perhaps unsurprising that abortion is also strictly controlled in the province. Northern Ireland was never included in the 1967 Abortion Act and attempts to extend it have as yet been unsuccessful. As a result, abortion is all but illegal, and women cannot access terminations even in cases of rape, incest, or fatal foetal abnormalities. This legal situation means that around 1000 women travel to England from Northern Ireland every year for terminations, paying privately for a procedure that can cost anywhere between £200-2,000. Although other political parties have played a role in maintaining this status quo, the strength of the DUP’s numbers at Stormont and the very vocal beliefs of several of its members have been important factors.

The DUP’s increased importance in national politics is unlikely to change laws on abortion or LGBT rights, in Northern Ireland or elsewhere. Abortion rights in Northern Ireland have caused controversy between the DUP and national government before – in 2008, when Gordon Brown’s government needed extra votes for its proposed 42-day detention limit for terror suspects, it was widely reported that the DUP had agreed to support the move on the basis that a proposed extension of the Abortion Act to Northern Ireland be dropped. Indeed, following the 2017 election, it is notable that whilst Scottish Conservative leader Ruth Davidson has vocally acknowledged the DUP’s stance on LGBT rights and received ‘categoric assurance’ from Theresa May that such rights are protected and not be up for debate in national parliament, politicians have been less vocal in speaking up for abortion rights. Will anyone at Westminster advocate extending abortion rights to Northern Ireland, and, indeed, lead a rallying cry to guarantee them across the UK as a whole?

With the Conservative party now reliant on the DUP to pass key legislation – not least of all as the government moves into tricky Brexit negotiations – the DUP are unlikely to be challenged on these issues. Yet, hopefully the renewed media attention around these differences between mainland UK and Northern Ireland will not go away, and will encourage public discussion over this unjust territorialisation of gendered rights. Women in England, Scotland, and Wales have now been able to access legal abortion for 50 years; same-sex couples have enjoyed equal marriage rights since 2014. Neither abortion nor same-sex marriage have been incredibly politicised in recent years, but rather largely accepted by the public and political mainstream as part of the make-up of modern, liberal Britain.

After the general election of 2017, mainland UK has woken up to a newfound appreciation of the tone and content of party politics in Northern Ireland. We can no longer be ignorant of the very different and incredibly restrictive legal situation which exists in the province for the LGBT community and women seeking terminations. In Northern Ireland today, a raped woman cannot get a termination, and a gay man cannot marry his partner. For those of us in England, Scotland, and Wales, we would do well to remember not to take our laws in these areas for granted, as, for those in one of the four regions of the UK, equal rights remain a distant possibility.

Jennifer Thomson is an Early Career Academic Fellow in the Department of Politics and Public Policy at De Montfort University. She is currently writing a book on Northern Ireland and abortion politics. You can see more about here work here. She tweets @jencthomson.