With the public focus on Brexit, developments in other policy areas are going under the radar. But there might be another reason why enough publicity has not been given to DWP research on child maintenance reforms – the unfavourable evidence it reveals. Janet Allbeson explains the findings of two quantitative surveys.

Almost exactly five years ago, in the face of a Lords revolt, the government committed itself to reviewing the impact of child maintenance charges 30 months after their introduction. That deadline expired in December 2016. Bang on cue, the Department for Work and Pensions (DWP) published two 300-page surveys looking at key aspects of current child maintenance reforms – but so quietly, you can be forgiven for missing them.

These surveys matter. They provide the first robust, large-scale evidence on the effect of charges on child maintenance arrangements.

In each survey, the impact of charges is seen through the prism of other key reforms introduced alongside.

A three-year programme to close down all current Child Support Agency (CSA) cases, beginning in June 2014. The case closure survey tracked ‘receiving’ parents to examine their child maintenance situation after their CSA case ended – at three months, and (for the first two groups of cases closed) at 12 months.

A new ‘Direct Pay’ system whereby, once a parent pays £20 and gets a maintenance calculation, the CMS provides a payment schedule and parents are left to organise payment between themselves. In theory, either parent can still request that the Child Maintenance Service (CMS) collect maintenance – but the catch lies in the name: ‘Collect and Pay.’ (See collection fees in box). And, as another barrier, even if a receiving parent requests Collect and Pay, the CMS must agree it’s necessary due to non-payment. The direct pay survey looks at the child maintenance outcomes of such parents at three and 13 months.

Charges to change behaviour – is it working?

The primary aim of charges, argued the government, was about “driving behavioural change rather than generating revenue”. Under the government’s plans, the £20 application fee “is designed to act as an incentive for both parents to collaborate and remain outside the statutory service”, by making their own ‘family-based arrangements’ for maintenance instead. Collection fees are seen as “necessary to provide both parents with an ongoing financial incentive to collaborate or make payments direct.”

So are charges working as intended? The case closure survey suggests fees are indeed influencing some parents to remain outside the new CMS. Three months after their CSA case ended, one in five (19%) of former CSA parents had applied to the CMS – far fewer than expected by DWP at this stage of the closure process.  Had they made their own arrangements instead? Only a small proportion (again 19%) had done so; and even then, over a quarter of such arrangements were non-effective.

The worrying news is that, three months after closure, the majority of former CSA parents (56 per cent) had no child maintenance arrangement in place. Moreover, the £20 application fee was cited as a reason by almost three in ten without an arrangement (29 per cent), with a fifth (21 per cent) saying it had influenced their decision “a lot”. A quarter of such parents said the prospect of collection fees had been a factor in doing without.

Looking at the direct pay survey, at first sight, charges do appear to be working.  After a year, the majority of parents who had paid £20 and received a calculation (62 per cent) were still on Direct Pay – more than the 40 per cent expected by DWP. But, dig a little deeper, and the child maintenance consequences are pretty grim. Almost half of all parents on Direct Pay either had no arrangement or one that was not working.

The threat of collection charges appears insufficient to motivate a significant proportion of paying parents to actually pay maintenance due in full and on time.  As for receiving parents, the researchers found that charges seemed to be deterring those not getting the maintenance due from choosing to transfer from ‘Direct Pay’ to ‘Collect and Pay’.

In an effort to placate Peers concerned about the impact of charges, Lord Freud, reassured them in 2012 that, in evaluating charges after 30 months, “we will make clear our intentions, including a specific view on the position of the poorest parents.”

The two reports confirm that the statutory service is particularly used by parents with low incomes. Two-fifths (39 per cent) of receiving parents in the case closure survey and around half (46 per cent) of those in Direct Pay were on very low incomes (less than £15,600 per year).

Unsurprisingly, as Gingerbread itself has reported, some poorer parents are struggling to pay the £20 application fee. The case closure study found that three months after their CSA cases ended, parents on very low incomes were less likely to have any sort of maintenance arrangement than those with higher incomes. And among the minority who had had a ‘family-based arrangement’, 16 per cent cited being unable to afford CMS charges as a factor in their decision.

Of course, paying the £20 fee doesn’t mean that it’s affordable. The direct pay study found that, among receiving parents who paid it, two out of five had found it quite or very difficult to afford. And among those with very low incomes, half found it difficult. The case closure study found that, among receiving parents who had paid the fee, around a third said it had been difficult to afford. 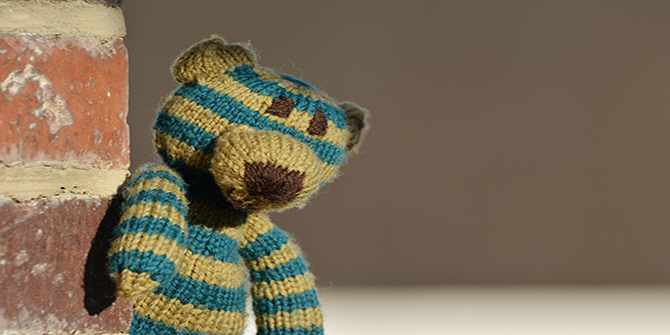 What conclusions about charges can be drawn at this stage?

The government is required to publish and lay before Parliament a report setting out the conclusions of the 30-month review, together with a statement on future policy. This is expected in spring.

No doubt, caution will be expressed at drawing firm conclusions from the surveys’ findings. Both cover parents already in touch with the statutory maintenance system, and are hence less likely to feature those able to reach a family-based arrangement. And with a year still to run in closing down CSA cases, later cases – which include more parents who were previously paying and receiving ongoing maintenance – are likely to produce more positive outcomes in terms of new arrangements.

The two surveys do show that – as intended – child maintenance charges are keeping more parents outside the CMS, and more people on Direct Pay, outside the CMS ‘Collect and Pay’ system. This is undoubtedly saving government money. Taking into account revenue from charges and savings from a smaller CMS, the DWP estimate operational expenditure on statutory maintenance will have fallen by £59m over the four years ending in March 2017, with further savings to come as closure of the CSA accelerates.

But the surveys also indicate that charges appears to be contributing to a significant proportion of receiving parents and children having no maintenance at all, or living with ineffective maintenance arrangements on Direct Pay.

Affordability is clearly a problem for some. For others, in the face of charges, the issue appears to be that they don’t think it’s worth it. By far the biggest reason given by receiving parents for not applying to the CMS, or not transferring to ‘Collect and Pay’ when ‘Direct Pay’ was not working, was that the paying parent would not pay. A lack of knowledge of what the CMS can do, or confidence in its effectiveness, appears to be driving too many receiving parents to conclude: why pay good money if it’s unlikely to get maintenance in return?

At Gingerbread, we think the CMS has an important job to do in ensuring unwilling parents do step up and pay for their children. We want to see more active efforts to reach out to parents without effective maintenance arrangements to promote what the CMS can offer. The charging deterrents to accessing CMS services should be scrapped so that children do not lose out.

Perhaps it is unsurprising that the two studies came out so quietly. Hopefully, in reporting to Parliament, the Minister will face searching questions on the worrying evidence revealed.