Leon Gooberman and Marco Hauptmeier explain how Employers’ Organisations – an underestimated actor within the world of work – deliver benefits to their members, represent employers in the political process, and play an important role in UK employment relations.

The importance of unions within employment relations is well recognised, but less is known about Employers’ Organisations (EOs). But this was not always the case as EOs once held high-profile roles. They negotiated collective bargaining agreements with unions to define wages and working conditions for millions of workers, jointly governed industrial training boards to train much of the workforce, and consulted with the government and unions on incomes policies. All this changed after 1979 as EOs were buffeted by the end of the post-war consensus and the decline of collective bargaining. This decline was often interpreted as implying that most employer collective action within employment relations had ceased.

But what is an EO? Before 1979 the answer was clear. Their defining role was to conduct collective bargaining with unions. While some EOs still do this, they are not the only collective bodies representing employers’ interests within employment relations. Our definition of EOs is broader. It also includes bodies advising on employment law, arbitration, health and safety standards, providing training, supporting recruitment and, lobbying on these topics. They must have subscribing members who are employers, or individuals acting as employers.

Who represents employers in the UK?

We identified 447 EOs in the UK, comprising a small minority of large cross-industry EOs and a majority of single industry, or regional, bodies. Unlike more corporatist countries elsewhere in Europe, a central employer confederation with the authority to speak for the entire business community does not exist in the UK.

Data on membership numbers was available for 357 EOs, with a combined membership of 750,000 employers. The median membership was 170. Few EOs were cross-industry but these included three with over 100,000 members: the Federation of Small Business, the Confederation of British Industry, and the British Chamber of Commerce. The largest proportions of single industry EOs drawing membership from throughout the UK were those in manufacturing, wholesale and retail trades, and construction (see graph below).

Note: Industries scoring less than 2 per cent not shown.

Most EOs represented members across the UK but 76 had a regional focus, often covering devolved nations. Twenty-three EOs exclusively served Scottish employers, a level of representation unique among the UK’s nations and regions. Finally, a new type of specialized EOs, employer forums, emerged. These helped their members to implement individual rights legislation and corporate social responsibility by raising workplace standards.

How do EOs represent member interests?

While the primary function of EOs was once collective bargaining, only 43 contemporary organisations were signatories to collective agreements covering employment terms and conditions. Instead, the most common method of collective interest representation was lobbying, carried out by 73% of EOs. Formal lobbying focuses on parliament and government, whether responding to consultations, participating in all-party parliamentary groups or acting as committee witnesses. For example, parliamentary committees questioned representatives of 140 EOs over the past decade, while many also appeared before devolved parliaments and assemblies.

Informal lobbying is inevitably harder to quantify, given its opaque nature and invisible boundaries. We identified policy areas where lobbying was successful, such as amending the regulations on holiday back pay, but failures were common. As examples, EOs described the workplace pension as a ‘bureaucratic nightmare’; the living wage as a ‘job killer’ and the apprenticeship levy as an ‘additional stealth payroll tax’, but government pressed on regardless.

EOs retained a role within joint labour market regulation through their governance role within the Advisory, Conciliation and Arbitration Service (ACAS), the Health and Safety Executive, the Low Wage Commission and the Gangmasters Licensing Authority. However, this role has reduced in importance. While governing boards were once comprised of representatives from EOs, unions and the government, they now include a greater number of independent experts. Also, these bodies, except for ACAS, are advisory bodies with limited discretionary powers when compared with the tripartite bodies of the 1970s.

Finally, a small number of employer forums engage in voluntary regulation of the labour market by providing employment practice standards. For example, the Business Disability Forum offered a Business Disability Standard including surveys to measure the quality of disability management within members’ workplaces.

What member interests do EOs represent?

EOs represent a bewildering and overlapping range of interests. Collective interests are those that impact across an EO’s membership, whether through collective bargaining or lobbying government. EOs represented individual interests by providing member services, such as the EEF (a manufacturing EO) offering legal representation to members facing employment tribunals. Also, EOs represent a range of particular and general employer interests. Particular interests of single industry EOs were shaped by the characteristics and requirements of their industry. Many cases of regional interest representation also existed, such as the National Farmers’ Union Cymru’s initial opposition to the Welsh Government’s creation of an Agricultural Wages Board. There are also general employer interests that are widely shared across EOs such as workplace pensions, living wage and the apprenticeship levy.

The primary reason for employers to associate was once to counter union power, labour strikes and rising labour costs. When union power waned and collective bargaining declined, it was unclear if employers would continue to organize collectively to influence employment relations. While some UK EOs closed, others developed new activities and services to maintain membership and attract new members.

EOs now deliver benefits to their members, represent employers in the political process, and continue to play a role in the governance of UK employment relations. They are important yet underestimated actors within the world of work.

Note: the above draws on the authors’ published article (with Edmund Heery) in Work, Employment and Society. The research for this post was funded by the Economic and Social Research Council UK [ES/K008382/1].

Leon Gooberman is Lecturer in Employment Relations at Cardiff Business School. His research interests include employers’ organisations and employer collective action in the UK, as well as the processes and impacts of regional deindustrialisation.

Marco Hauptmeier is Reader in Comparative Employment Relations at Cardiff Business School. He won the Thomas A. Kochan & Stephen R. Sleigh Best PhD Award in the United States, has worked at the Max Planck Institute for the Study of Societies in Cologne, and was a visiting scholar at the Juan March Institute in Madrid and at Boston University. 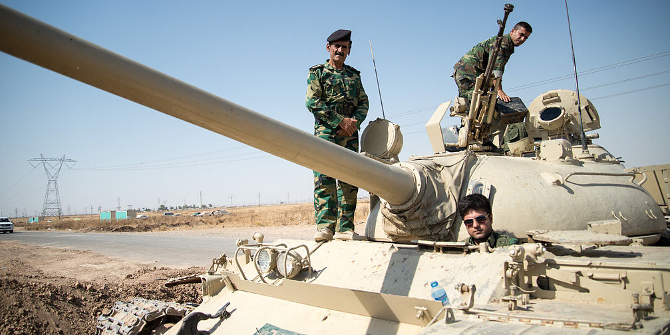