Molly Scott Cato discusses the link between post-Brexit energy and security policy, especially in the context of the war in Ukraine.

In the light of Russia’s war in Ukraine, we are all searching our consciences to ask what we could have done differently to take European history onto a different path. We can find many mistakes made by both the UK and the EU. Merkel’s policy of ‘peace through trade’, though laudable and understandable, underestimated Putin’s barbarity. Meanwhile, the UK accepted Russian gold and provided a comfortable home for oligarchs, including some of those who were at the centre of the Putin regime.

It was no coincidence that Putin supported Brexit. He rightly saw the EU as a union of independent democratic nations, united in a collaborative project to defend peace in our continent. And he quite rightly saw that as a threat to his authoritarian instincts. We may get frustrated at times about the legalistic nature of EU institutions, but this process makes it simply impossible for leaders to flout their constitutional obligations. And how important it is that the standards are defended strongly now that they are under threat within EU’s borders.

Brexit makes it clear that we have forgotten that peace in Europe up until now has not been a happy coincidence but was built consciously and deliberately by the founding fathers of the European Union. Foreign policy, external security, and defence cooperation was not explicitly covered by the Trade and Cooperation Agreement. Hence, in the words of the European Commission, since 1 January 2021 there has been ‘no framework in place between the UK and the EU to develop and coordinate joint responses to foreign policy challenges, for instance the imposition of sanctions on third country nationals or economies’.

The Withdrawal Agreement came with a Political Declaration setting out an agreed framework for the future UK-EU relationship. In it, both sides committed to ‘establish a broad, comprehensive and balanced security partnership’ that would allow them to work together on ‘evolving threats, including serious international crime, terrorism, cyber-attacks, disinformation campaigns, hybrid threats, the erosion of the rules-based international order and the resurgence of state-based threats’. It provided for both sides to coordinate on sanctions, to share intelligence, to work jointly on a number of issues, and even for Britain to attend some EU ministerial meetings. But Johnson reneged on that commitment once Brexit was ratified, which is why the Trade and Cooperation Agreement contains no provisions on a security partnership. This is another example of how the ideological narrowness of Brexit has been so damaging since such provisions would have been tailor-made for the situation we are now facing.

We shouldn’t exaggerate the situation because some important aspects of foreign and security cooperation did survive into the Trade and Cooperation Agreement, including provisions supporting democracy and the rule of law, others concerning human rights and war crimes, climate change and nuclear non-proflieration. But it is clear that the UK is no longer involved in the formal structures of cooperation. Rather than a treaty-based or institutional framework we are left with informal and ad hoc arrangements.

Of course, much of the narrow defence coordination has always been undertaken by NATO. But I can’t be alone in suffering distress to see the UK Foreign Minister travelling to Brussels to visit NATO headquarters but not being part of the Council meeting where the future of our own continent was being shaped. And the emphasis on the role of NATO to the exclusion of the EU is an example of the continuing bias against EU institutions in our media. Because most of the tools actually used in response to the Ukraine crisis have been EU rather than NATO mechanisms: the successive rounds of sanctions, waiving import duties on Ukrainian products, financial assistance, cooperation on welcoming refugees, and so on. The view in some British circles that only NATO matters is plain wrong.

Instead of this detailed and conscientious policy framework that was torched by Brexit, we have the fantasy of ‘Global Britain’, with Johnson seeking allies, any allies, who are willing to fill the gap left by his policy of burning bridges with European friends. Given his own willingness to play fast and loose with the constitution and the rule of law, perhaps we should not be surprised that this means cosying up to authoritarian leaders. India’s Prime Minister Modhi is the latest, a leader who shares our own Prime Minister’s willingness to shut down opposition and sow division to bolster his own position.

Given that our foreign policy has been rooted in our EU membership for the past 40 years it was always going to be difficult to reimagine it outside that framework. But at least in terms of trade and investment, the world has already delivered its verdict. At an event organised by UK in a Changing Europe, former member of the Bank of England’s Monetary Policy Committee Adam Posen presented some very disturbing statistics: Brexit has reduced UK trade openness – indeed it was intended to do just that (see Figure 2 here). Posen also presented data that Brexit has significantly and suddenly reduced FDI inflows and immigration growth. There are really no surprises here and all the economists who had not taken the Brexit shilling predicted this. It was inevitable that deliberately introduced border frictions and higher transport costs would pose new barriers to trade. Posen predicts that FDI inflows are unlikely to return to levels reached in the 1990s and 2000s. That means ever. We have shot ourselves in the foot at just the time when there is increasing competition from Asian countries.

The link between this and the war in Ukraine is obvious: our addiction to fossil fuels left us dependent on Putin and gave him the confidence to defy NATO. And of course, we have been funding both his kleptocratic regime and his war in Ukraine. In the first two months of the year, EU countries have sent about a billion euros per day to Russian coffers. In the UK, the failure of energy policy has led to us repeatedly missing climate targets and to domestic consumers facing unpayable bills or even dying as a result of living in cold homes.

But here I think we do have more of a positive future to sketch out. Because making ourselves independent of Russian energy as rapidly as possible gives us another incentive (if one were needed) to rapidly eliminate fossil fuels from our economies. Simon Evans of Carbon Brief has calculated that there are 649 onshore wind and solar projects in the UK that already have planning permission, meaning they could be built rapidly. If they all went ahead, they’d save more gas than we currently import from Russia. He also calculated that Cameron’s decision to cut ‘green crap’ now costs each household in England £150 a year: ending onshore wind projects, solar subsidies and energy efficiency schemes has added to inflated bills.

The German Greens negotiated an energy transition as part of the demands from the coalition deal, and Robert Habeck is establishing a super-ministry within the finance ministry to enable Europe’s largest economy to go fossil free. But war in Ukraine has massively boosted ambition to go much further much faster. The revised German package announced this spring doubles the target for renewable energy from 40% to 80% of the electricity generation mix with renewables being explicitly acknowledged as being a public security requirement for the first time. The country’s Renewable Energy Sources Act also includes a goal for offshore wind energy to reach at least 30 GW by 2030 – equivalent to the capacity of 10 nuclear plants – and at least 70 GW by 2045.

The European Green Deal is similarly ambitious and has also been given a boost by the Ukraine War. The nature of renewable energy means that cooperation between neighbours with interconnectors to Norway, Belgium, and Ireland already supplying a significant portion of our electricity and us repaying in kind as the souwesterlies cross the continent.

Let’s compare this with the flimsy series of UK announcements I hesitate to call an ‘energy strategy’. Nothing for people struggling with fuel bills; no wind-farms because Tory backbenchers find them unsightly; and a fake £120m support for nuclear power which will leave us with a big hole in our electricity supply when private finance fails to fill the gaps. This is a political failure.

Meanwhile, in Germany, the super-ministry is now working on legislation to raise the energy efficiency requirement of buildings and reduce emissions from transport. The government has already announced a proposal to introduce a flat-rate public transport fare to address rising cost of living as encourage people away from private transport and towards public transport. For me, the most exciting aspect of Habeck’s department is that he is taking charge of the transition of not just energy efficiency, energy supply and transport but also Germany’s massive and energy-intensive industry. We are going to watch as Germany leads Europe into the green economy of the future while we are languishing in the past.

We have to find a way to build a similar government with similar ambition in the UK. There is a bright future here:

The cheapest energy bill is the one you don’t have to pay because your home is so well-insulated that it needs little or no heating. The public agrees: insulating homes is the top public priority with 84% of those surveyed saying this was the best way to reduce the use of Russian gas.

Although it is frightening to be living through a climate emergency, I think this is hopeful note to conclude on. Because tackling the climate crisis makes cooperation inevitable. And it is closely aligned to resist the authoritarian power of those who control fossil fuels, whether in Moscow or Riyadh. But we need to recognise these connections and recognise that our failure to address this crisis is a sign of the malaise of democracy. Without revitalising democracy we cannot address the crises facing us.

Note: the above is an edited version of the author’s Julian Priestley Memorial Lecture. The author wishes to pay tribute to Julian Priestley and the many other British public servants who contributed to shaping the EU and sends thanks to Richard Corbett, Jan Royall, Mike Shackleton and Belinda Pike for their support for the Julian Priestley lectures.

Molly Scott Cato is Professor of Green Economics at the University of Roehampton. She was a Green MEP for South West England and Gibraltar from May 2014 until January 2020.

Photo by Andrew Stutesman on Unsplash. 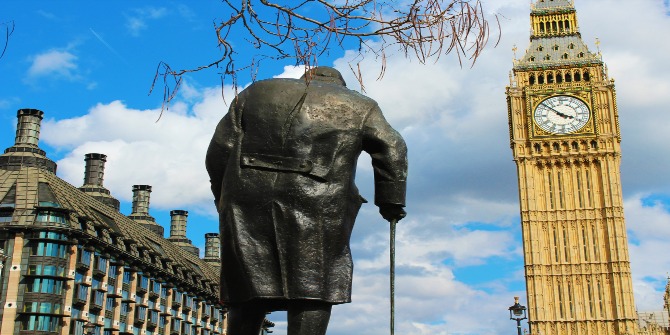 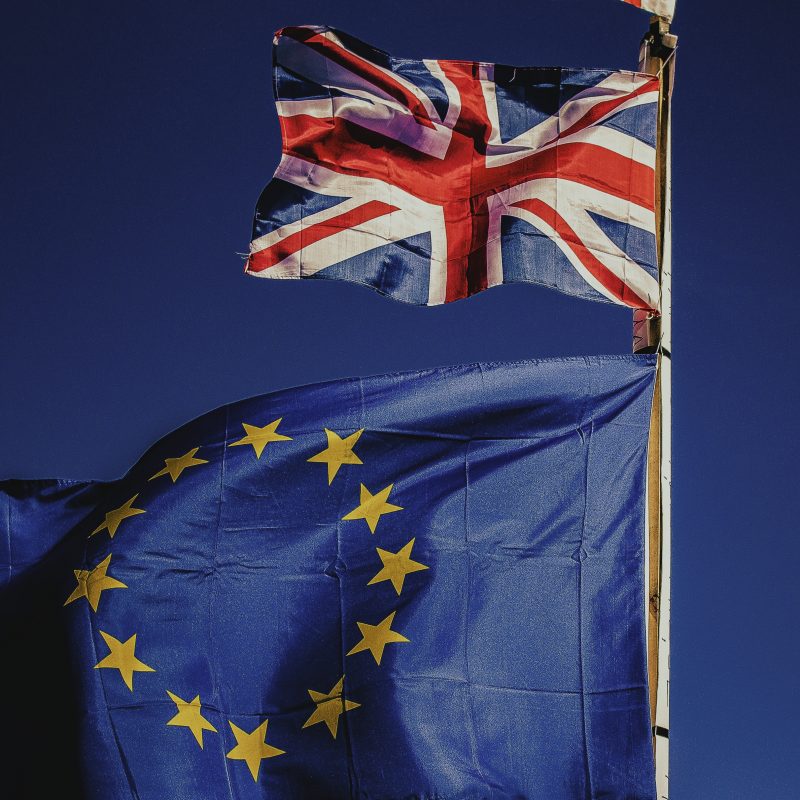 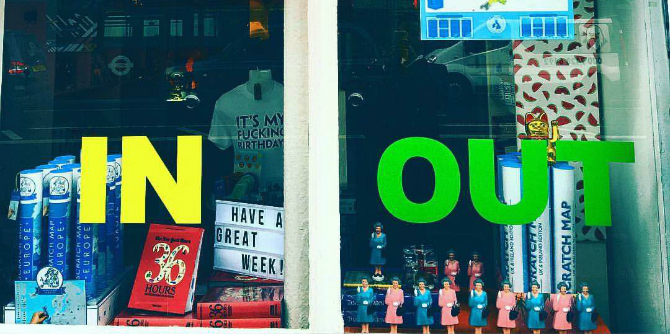