In late January the Department for Communities and Local Government announced new legislation which will facilitate the conversion of unused office space to residential use. Despite having previously advocated similar proposals when undertaking postgraduate research, Anne Stevenson argues that the legislation is structured in a way which undermines the potential benefits of the policy.

While at the LSE in 2006, I wrote a thesis that advocated the type of legislation recently rubberstamped by Eric Pickles, namely the conversion of unused office space to residential use. My research looked specifically at the City of London, an area characterized at the time by high vacancies in older commercial buildings and one of the lowest residential densities in Greater London. My central claim was that the adaptive reuse of buildings offered a low impact, quickly implementable way to improve the diversity of uses and at the same time provide a new supply of affordable housing to help improve the livability of the City.

While it seems ungracious to now criticize a policy that so closely aligns with the vision I held as an idealistic graduate student, the changes ushered in by Pickles are structured in a way that will ultimately undermine the potential benefits such a policy could offer.

Addressing the housing affordability crisis is a key justification given by Pickles and supporters of his policy. Yet what they fail to recognize is that the cost of housing is only ever one part of the affordability equation. People’s ability to purchase or rent housing is equally dependent on their access to jobs, particularly the time and cost of commuting to work. Growing research in North America is demonstrating the importance of considering both housing and travel costs when calculating affordability. Even if households are not spending more than 30% of their income on their direct housing costs, the cost of commuting to access this relatively affordable housing effectively erodes any real savings.

As others have pointed out, a potential result of Pickles’ policy is that the higher return on residential properties will induce owners to evict currently viable businesses in order to create vacant spaces for conversion. The very characteristics that would make a commercial building attractive for conversion are also those that make for well-located office space: proximity to transportation, supporting amenities and services. The best-located office buildings from an urban planning perspective are therefore the ones most at risk of being lost. In contrast to a policy in the City of London to rebalance the abundance of office space, Pickles’ policy applied broadly would put many areas at risk of becoming single use residential enclaves, where residents would face increased commuting distances to less optimal office space locations. So while the conversion from office to residential may increase the supply of housing, overall affordability would not be changed if the residents of these units now had longer and more expensive commutes to make.

Housing affordability is also unlikely to be addressed given that Pickles’ policy would allow these office to residential conversions as permitted development rights. Currently, developer contributions, including Section 106 contributions or the new Community Infrastructure Levies (CIL), are negotiated by local councils through the planning process. In addition to being the primary legal tool for local authorities to secure affordable housing, developer contributions also play a major role in the provision of local services and amenities. Residential developments place unique pressures on a local area, including park space, the road network, schools and water and sewer infrastructure. Developer contributions are intended to defray these impacts by providing specific funding for public works such as new parks to meet the increased demand placed by new residents, road improvements to mitigate increased traffic, and contributions to schools to help them absorb the new students arising from development. It is at best ambiguous how Section 106 or CIL will be applied to these permitted changes of use but current information provided by the Department of Communities and Local Government suggest that these types of conversions would not be subject to developer contributions.

Although streamlining the planning process, Pickles’ legislation will mean that developers do not have to pay the true cost of their project. At the same time that this legislation concentrates decision-making power at the national level, it erodes the ability of councils to mitigate the local impacts of development. Even if the legislation does lead to some decrease in the initial cost of housing, residents are likely to have to make up the difference in increased council tax rates over the long term or suffer from the under provision of amenities and services. The residents will end up paying one way or another.

It is at this point that the parallels of Pickles’ policy resonate most closely with my thesis. My research led me to suggest that the office space policy in the City had much more to do with achieving economic returns for a select few than creating a more livable metropolis for all. In the same way, it seems apparent that Pickles’ policy, with its risk for longer commutes and substandard amenities, has more to offer those who will benefit from an unchecked development process than the quality of life of those who will actually live there. 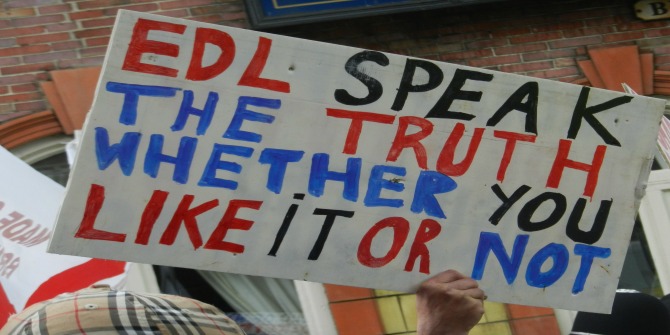