We asked a number of academics to react to Chancellor George Osborne’s Budget announcements. Nick Stern finds it disappointing that the Chancellor has chosen to fiddle with the Carbon Price Floor within a year of having introduced it. Mary Evans comments about the political rhetoric that George Osborne used as a narrative for his plans. John Van Reenen writes that for decent growth, jobs and pay, we deserve much better than this. David Graeber discusses the symbolism behind Osborne’s new one-pound coin. David Spencer writes that the budget, with it’s announced cap on welfare spending, heralds greater risk and insecurity for those receiving benefits. And Hugo Radice writes that though the Chancellor gives us good news, he continues to be at the mercy of forces that he neither understands nor controls.

Chancellors cannot resist the temptation to fiddle. Fiddling creates policy uncertainty and that in turn reduces investment including, and critically, in the energy sector by raising the cost of capital. Thus it is disappointing that the Chancellor has chosen to fiddle with the Carbon Price Floor within a year of having introduced it. The Carbon Price Floor was meant to increase confidence about the stability of the future price that would need to be paid by businesses for greenhouse gas emissions and hence encourage investment in clean energy. If the Chancellor wanted to reduce costs for businesses, he should have simplified the existing myriad of policies which have created a complicated and inconsistent system of carbon pricing across the economy. Simplification of these measures would have reduced the administrative burden on companies and increased efficiency without undermining the incentive to reduce greenhouse gas pollution. Instead the Budget has created more confusion for investors about the Government’s sense of direction and commitment to the transition to a low-carbon economy.

The detailed financial implications of today’s budget will be discussed elsewhere (not least by the Women’s Budget Group analysis). But what follows here are a few comments about the political rhetoric that George Osborne used as a narrative for his plans. First of all, the central individual character in the budget was hard working, the person ‘in work’ or increasingly ‘back to work’. An obsession, little short of a fetish, with paid work was the defining characteristic of the Chancellor’s remarks, entirely obscuring the unpaid work of millions of people (largely women) who are working very hard but not being paid. The chilling accompaniment to Osborne’s limited perception of ‘work’ was the statement that ‘if the British people kept their nerve’ the ‘long term plan’ of getting a ‘record’ number of people ‘into work’ would succeed. Because we are all ‘still in this together’ Osborne was also confident in saying that ‘the rich were making the biggest contribution’ to the decrease in the deficit.

That was the outline of the story. Secondly, however, some aspects of the detail suggested that Osborne realised that he had to provide some clear examples – amongst all the plans relating to pensions and tax evasion – in order to appeal to those of us who are not tax lawyers or accountants. Here the headlines are that potholes have done well (£20 million) and that beer will be reduced by 1p a pint, thus apparently ‘saving pubs’. But two other more detailed statements must surely raise a few questions: the first was Osborne’s assertion that income inequality in the UK is now at the ‘lowest for 28 years’ and secondly that 3 million people earning £10,500 a year will be taken entirely out of taxation. The first remark is refuted by a number of studies, the second asks the stark question of what these 3 million are doing that they are paid so little. Finally, a note to the Scottish people. Osborne claimed Scotch whisky as a great ‘British’ product. Not perhaps the most helpful remark in the context of a speech that wishes to make the future of the United Kingdom ‘secure.’

George Osborne boasted of the Britain’s economic strength with raised growth forecast of 2.7% this year. But the budget small print admits that this growth only gets national income up where it was in 2008. Under the Chancellor we have suffered the worst squeeze on wages and the slowest recovery for over a century.

The government made a huge policy error by accelerating austerity four years ago. Slashing public investment when output was depressed derailed the recovery – it is still a third lower than before the crisis. Why did the economic medicine fail? The Chancellor blames Europe. But the Eurozone have been following the same austerity he recommends and, in any case, the UK was more protected by being outside the single currency.

The subsidies for buying houses in the “HelpToBuy” scheme (now extended until at least 2020) are a con-job. By boosting demand without building new homes, housing prices are once again bubbling away. The policy creates a feel-good factor for homeowners that might help boost the Tory vote, but it puts the taxpayer on the hook for huge debts in the decades to come.

Budget benefits to pensioners through high yielding bonds and more flexible annuities are good for grabbing the grey vote, which has been relatively shielded from the turmoil of the last 5 years. The increases in personal allowances are welcome, though the main beneficiaries will not be the very poor.

The budget has some tinkering with taxes to stimulate investment in a desperate attempt to deal with the fact that business investment remains depressed. But the cause is again Osborne-omics: the slashing of government investment, depressed demand due to austerity and the failure to sort out the banks.

For decent growth, jobs and pay, we deserve much better than this.

David Graeber – Professor of Anthropology at the LSE

George Osborne’s decision to announce the design for a new one-pound coin at the same time as a new austerity budget was a calculated – and somewhat desperate – piece of political symbolism. From the revelation that Reinhart and Rogoff’s universally accepted formula for the dangers of sovereign debt were based on math errors, to the a Bank of England’s recent admission that heterodox theories of endogenous money creation are in fact correct, the entire economic basis for the Coalition’s economic policies lies in ruin. When even the IMF is lecturing you to pull back on austerity, you literally have nothing left. The entire offensive has been revealed to be not an economic programme but a moral campaign designed to uphold the values of wealth, and especially inherited or financial wealth, over the traditional values of community, solidarity, and the equal worth of individuals.

Trying to place an image of a new coin (replete with portrait of the Queen) on every newspaper article that speaks of the new budget is a transparent ploy: an attempt to send a symbolic message that money is not just a series of debts and credits, promises we make to one another, but a real, physical thing that can therefore be in short supply – at the very moment when just about everyone running economic policy is, privately, willing to confess that it isn’t. It is an astounding act of cynicism. It only remains to be seen if the media has the courage or understanding to call them on their bluff and start a serious debate about how the economy really works.

The 2014 Budget is designed to secure a ‘resilient economy’. Yet, it fails to secure resilience for those in receipt of welfare benefits. For these people, it spells greater risk and insecurity. The proposed cap on welfare spending, set at an annual level of £119bn in 2015-16, excludes state pensions and unemployment benefits, but includes an array of other benefits such as working tax credits, disability allowances, and housing benefit.

These benefits are provided because of real need and when they are capped then those receiving them – the low paid, carers, disabled people and single parents – are likely to face real hardship. These benefits are countercyclical – they tend to rise as growth falters – and if the economic recovery proves short-lived then the lives of those on benefits will become much tougher.

The Budget missed the opportunity to deal with the underlying causes of welfare dependency (the lack of affordable housing, high rents, and the preponderance of low paid work). Its effect will be negative for the least well-off in society – we’re not all in this together.

Like every other Chancellor George Osborne gave us all the good news he could muster, but he continues to be at the mercy of forces that he neither understands nor controls. He proclaims the turn-round in growth since his 2013 Budget, while passing over the complete failure of the Treasury and the OBR to predict that turn-round. His austerity policies halted recovery in 2010, delayed any further progress until 2013, and will be a drag on growth in the years to come. As for the millions of working poor, a penny off a pint of beer is small beer indeed, set against continuing falls in real income and further cuts in the benefits on which they rely to make ends meet.

Note: This article gives the views of the authors, and not the position of the British Politics and Policy blog, nor of the London School of Economics. Please read our comments policy before posting. John Van Reenen’s remarks were first commissioned by The Daily Mirror. Home page image credit: Chingster23 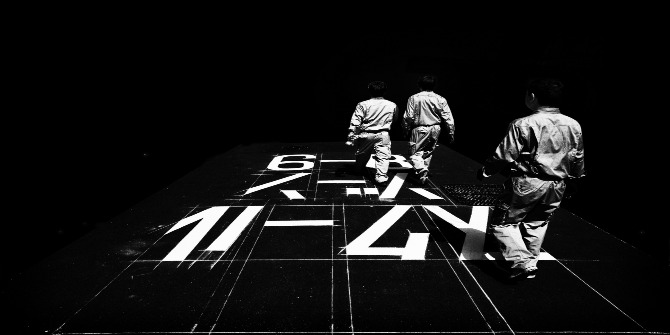