While many observers have pointed to signs of malaise within liberal democracies, the political sociologist Colin Crouch has argued that we are in fact witnessing a transition towards a post-democratic society. In this article BPP Managing Editor Mark Carrigan talks to Colin Crouch about his account of post-democracy.

In 2004 you offered an analysis of contemporary politics framed around the concept of ‘Post-Democracy’. What did you mean by this concept? How does it relate to similar terms like ‘post-modernism’ or ‘post-industrial’?

The term was indeed a direct analogy with ‘post-industrial’. A post-industrial society is not a non-industrial one. It continues to make and to use the products of industry, but the energy and innovative drive of the system have gone elsewhere. The same applies in a more complex way to post-modern, which is not the same as anti-modern or of course pre-modern. It implies a culture that uses the achievements of modernism but departs from them in its search for new possibilities. A post-democratic society therefore is one that continues to have and to use all the institutions of democracy, but in which they increasingly become a formal shell. The energy and innovative drive pass away from the democratic arena and into small circles of a politico-economic elite. I did not say that we were now living in a post-democratic society, but that we were moving towards such a condition.

How have circumstances changed since then? Could the contemporary politics of austerity be considered a post-democratic phenomenon?

Austerity is not by itself evidence of post-democracy – one can have austerity in all kinds of political system. However, the entire way in which the crisis has been managed has been evidence of a further drift towards post-democracy. First, the Anglo-American financial model that produced the crisis in the first place was designed by a politico-economic elite that corresponds to my concept, as bankers moved in and out of the revolving doors in Washington, designing policies to suit their firms. Then the management of the crisis itself was primarily a rescue operation for banks at the expense of the rest of the population. The most explicit expression of the post-democratic aspects of crisis management was the framing of the Greek austerity package, designed by international authorities in close collaboration with an association of leading bankers. But that was just the clearest case; less formal, similar groupings will be found in most political centres.

What trends do you believe will shape the political culture of the UK in the long term? Do you believe a political era ended with the onset of the financial crisis?

No, the crisis reinforced existing trends towards neoliberal, finance-driven and corporation-dominated public policy. It is a paradox, but the collapse of the financial system erected on that basis only reinforced its political strength. I have tried to explain how and why in my little book The Strange Non-Death of Neoliberalism. In responding to the crisis we demonstrated our dependence on the banks, so they and the discredited model on which they have thrived acquired more power. The costs of rescuing them from their irresponsible behaviour had to be borne by the welfare state and social policy, which then somehow but quite wrongly became blamed for the whole thing. Far from being an end of an era this is all a continuation of Thatcherism to new extremes. Whether that continues to be the trajectory on which we are set depends on how enduring proves to be the new mood of criticism of corporate power and arrogance that one certainly sees in the general public. This process is certainly worth watching.

Colin Crouch is a former professor of governance and public management at the business school of Warwick University. He taught at the LSE from 1973-85. 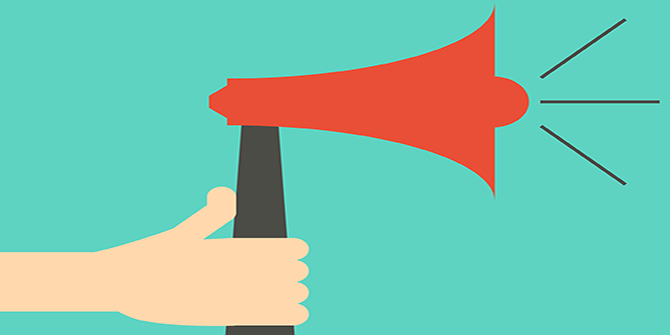 Bleeding Europe, Starbucks and tax, and the sustainability of inflation indexing: Top 5 blogs you might have missed this week

Conservatism in crisis, sickies in the public sector and a Miliband masterstroke: Top 5 blogs you might have missed this week