Wind turbines are generally popular as a source of green energy but face considerable opposition from the people who have to live near them. Steve Gibbons uses local property markets as a way to value the visual impact of wind farms and finds significant negative effects on house prices in postcodes where the turbines are visible.

Since the mid-1990s, there has been rapid growth in the number of wind turbine developments in many parts of Europe and the United States. These wind farms promise the global environmental benefits of reduced carbon emissions and slower depletion of natural energy resources; they also offer benefits for local communities, including shared ownership schemes, community grants and rents to landowners.

But in the UK (where there are around 4,400 turbines in operation) and elsewhere in Europe, wind farms have faced strong opposition, both from local residents and from other stakeholders with interests in environmental preservation. At the same time, opinion polls generally show majority support across Europe of around 70% for green energy, including wind farms; and 70% of people in the UK agree that they ‘would be happy to have a wind farm built in their local area’.

This apparent contradiction has led to accusations of ‘nimby’ (‘not in my backyard’) attitudes, on the assumption that it is the same people who support wind farms in principle but oppose them in practice. But this is misleading since most people – and hence most people responding to nationally representative surveys – live in cities, where turbines are never likely to be built and where tall physical structures are commonplace. Most people who oppose wind farms live in the rural communities where the turbines are being built.

So what are their objections to wind farms? Just like any other infrastructure for power generation and transmission, the plant, access services and transmission equipment have an impact on the local environment. The problem is particularly acute with wind farms because the sites that are optimal in terms of energy efficiency are typically in rural, coastal and wilderness locations. These have many natural environmental amenities, including wilderness habitats, outdoor recreational opportunities and the aesthetic appeal of the landscape.

The opposition to wind farms suggests that these environmental considerations may be important. The visual impact of the turbines may be especially important as they are often on high ground with extensive visibility and, for a given power capacity relative to traditional technologies, the infrastructure is widely spread. In addition, residents very close to operational wind turbines have reported health effects related to visual disturbance and noise.

Although views on the aesthetic appeal of wind turbines are mixed, there is evidence of considerable dislike of their visual impact on the landscape. For example, 23% of respondents to a 2010 YouGov poll of 1,001 residents of Scotland were reported as agreeing or strongly agreeing that wind farms ‘are, or would be, ugly and a blot on the landscape’.

My research aims to put a value on the visual impact of wind turbines by exploring their effects on house prices. These are important in their own right given that effects on house sales have underpinned local opposition, with homeowners complaining that they have to sell at a large discount or are unable to sell at all when their properties are blighted by wind farms or planning applications to build turbines.

Looking at the effects on prices also has a strong academic pedigree and follows a long tradition in environmental and urban economics, where the method has been used to value all kinds of environmental amenities, ‘dis-amenities’ and local public goods and services. The idea is that house prices trace out households’ willingness to pay to locate close to desirable things and keep away from those that are less desirable.

But simply comparing house prices in places where there are wind farms with those without them would be a hopelessly inadequate approach. Places targeted for turbines (which are typically upland, windy and rural) are not comparable with those that are not (cities and valleys, for example). Comparing prices or price changes in such different locations would not be informative about the specific effects of wind farms. 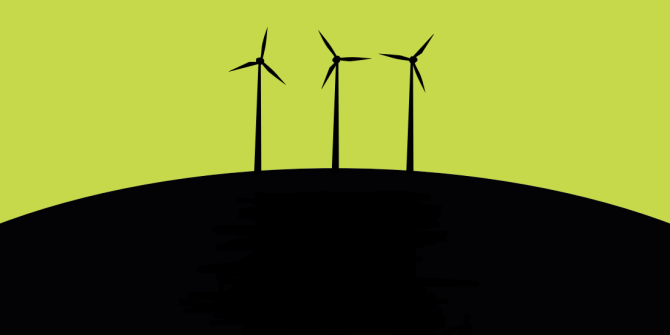 To isolate the specific impact of wind farm visibility, I compare the price changes that occurred when a wind farm was built and became visible with the price changes that occurred in places that were just as close to newly operational wind farms but where the turbines were not visible. Visibility can be determined using modern Geographical Information Systems techniques coupled with computer ‘digital terrain model’ data from space shuttle missions that record elevation for the entire surface of the UK.

The analysis is based on around two million records of house sales within 14km of operational turbines in England and Wales, linked to information on wind farm locations provided by the trade association Renewable UK. The housing data are from the Land Registry (the official registry of housing transactions) so they cover almost all sales over the period and, by identifying the exact postcode of each house being sold, they provide a high level of geographical resolution. That makes the study the most detailed, comprehensive and rigorous analysis of the impact of wind farms to date.

All the results point in the same direction. Wind farms reduce house prices in postcodes where the turbines are visible; and they reduce prices relative to postcodes close to wind farms where the turbines are not visible. Averaging over wind farms of all sizes, prices fall by around 5-6% within 2km, by less than 2% in the range 2-4km and by less than 1% at 14km, which is the limit of likely visibility. Small wind farms have no impact beyond 4km, while the largest wind farms (those with 20 or more turbines) reduce prices by 12% within 2km and by small amounts right out to 14km (by around 1.5%).

There is evidence of some small (below 2%) increases in neighbouring prices where the turbines are not visible. This uplift may indicate some local benefits from wind farms, for example, community grants or rents to landowners for land on which the turbines are built. But the price increases could also be explained by displacement of demand by those seeking houses in these areas towards places where the wind farms are hidden. Offsetting price effects in neighbouring places where turbines are visible and where they are not may help to explain why previous studies that focus only on the distance of houses from wind farms fail to find significant effects.

This evidence does not mean that we should not build wind farms. But it does draw attention to the fact that there are environmental costs as well as benefits. Planning policy should continue to take account of these considerations when deciding where wind farms should be built – and to what extent local people should be offered compensation.

This article originally appeared on the LSE’s Centrepiece magazine and summarises ‘Gone with the Wind: Valuing the Visual Impacts of Wind Turbines through House Prices’ by Steve Gibbons, Spatial Economics Research Centre (SERC) Discussion Paper No. 159

Steve Gibbons is director of SERC and professor of economic geography at LSE. 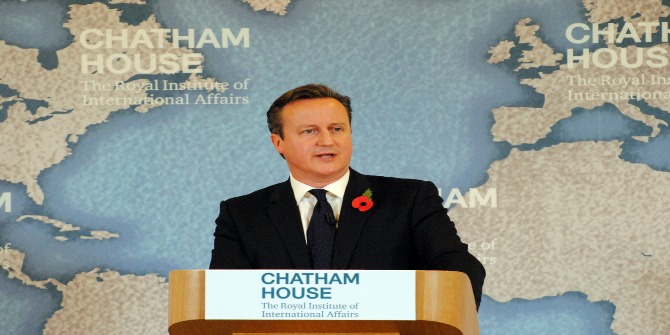