The Home Office has been denying highly skilled migrants’ applications for indefinite leave to remain due to minor self-assessed tax discrepancies, some a decade old, writes Dagmar Myslinska. She explains how a provision of the immigration rules intended to tackle criminality and national security threats has been applied against such migrants, depriving them of the right to work, rent, drive, access healthcare, and receive public funding.

For the last two decades, immigration policies have sought to attract ‘the brightest and best’: migrants mainly employed in managerial, directorial, and professional occupations. Such highly skilled migrants (HSMs) do not require employer sponsorship, and may engage in self-employment. In 2002, the government created the Highly Skilled Migrant Programme, replaced in 2008 by Tier-1 (General) visa. In recent years, the main countries of such migrants’ origin have been China, India, the US, and Pakistan. The post-Brexit points-based system preserved HSM routes under uncapped ‘investor, business development and talent visas’. And, according to the 2021 budget plans, the UK will seek to ‘attract and retain the most highly skilled, globally mobile talent.

HSMs may settle here with their families – by obtaining indefinite leave to remain and eventually, British citizenship. Although Tier-1 holders have constituted the smallest group among work-based immigrants, they have been the most likely to settle. Tier-1 was closed to initial applications in 2011, but remained open for ILR applications until 2018, and some applications are still pending.

To be eligible for indefinite leave to remain (ILR), Tier-1 migrants must have continuously resided in the UK for five years (without committing a crime or breaching immigration rules), passed the Life in the UK test, and not fall within general grounds of refusal under immigration rules. Paragraph 322 of the rules specifies mandatory and discretionary grounds for refusal, but there is also a catch-all, discretionary paragraph 322(5), where an application ‘should normally’ be refused due to an applicant’s ‘undesirability … in the light of his conduct…, character or associations or the fact that he represents a threat to national security.’ Although Home Office internal guidance specifies that such refusals typically involve criminality, national security threats, travel bans or war crimes, the section also allows discretionary refusals by inferring ‘undesirable’ character. According to the latest guidance, this could be because of criminal-related activity short of a conviction or for ‘other wider reasons’.

It is for these undefined ‘wider reasons’ that many HSMs have had clause 322(5) triggered due to alleged (non-criminal) discrepancies between income reported in their immigration filings and on HMRC self-assessment tax returns. Since 2016, 1,700 HSMs have been denied ILR after the establishment of a ‘secret’ Home Office and HMRC data-sharing Memorandum of Understanding, which allows HMRC data to be analysed ‘if an immigration offence is suspected’. Tax discrepancies, however, are neither an immigration nor a criminal offence, and HMRC itself did not pursue them as an issue at the time of filing. Moreover, self-employment tax return discrepancies are common in the UK.

The Court of Appeal’s Balajigari (2019) and Yaseen (2020) rulings determined that the Home Office had been acting unlawfully in applying clause 322(5) in this context. The Court admonished that first, such applicants must be given an opportunity to explain alleged tax discrepancies, and second, in applying 322(5), the Home Office must engage in a balancing exercise, informed by all relevant factors (e.g., applicants’ positive contributions to the UK, having school-aged children, and the specific circumstances of alleged misconduct).

A recent report by Katharine Thane of the Migrants’ Rights Network looks into how the Home Office has been handling 400+ HSM cases involving tax discrepancies since Balajigari. The report is based on surveys conducted in 2020 with 67 Tier-1 migrants whose ILR applications were denied. Some of them have lived here for more than 15 years. Over 90% had initially entered the UK as students and hold postgraduate degrees. More than 75% have children – many of whom are not eligible for British citizenship until their parent is granted ILR.

The report found that since Balajigari, at least 70 HSMs’ ILR applications have fallen through the cracks, due to inconsistent and legally flawed decision-making. In more than 80% of cases, there is no clear evidence that the Home Office substantiated allegations of ‘dishonesty’ or undertook a ‘balancing exercise’, taking into account their full experiences and contribution in the UK. Approximately 80% have not received ‘Minded to Refuse’ letters – required after Balajigari to allow HSMs to answer Home Office allegations of false representation through tax errors. Many amended and paid back their discrepancies before applying for ILR, but the Home Office regarded this as indicative of ‘dishonesty’. Most cases relate to a single tax return, 80% to applicants’ first UK tax filing, and 87% were filed with accountants’ help.

The report found that most applicants have no right to work, healthcare, rent, drive, or public funds. In the context of COVID-19 in particular, close to half lack access to hygiene items or medication; 82% are unable to socially distance in their accommodation; 94% are in debt due to legal fees; 82% were not offered furlough. As a result, half are no longer able to afford legal representation, 86% are facing destitution, and nearly half are concerned with food access. Many are faced with homelessness and stress-related illnesses. Notably, as with the Windrush scandal, all those affected are people of colour from South Asian and African Commonwealth countries, while 70% are Muslim.

As the Windrush Lessons Learned Review found, the Home Office is institutionally resistant to learning from its past. Indeed, the Home Office has thus far ignored warnings about this issue. After MPs and immigration experts uncovered in 2018 that 1,697 HSMs were wrongly facing deportation under paragraph 322(5), the government conducted a review, which confirmed that at least 300 HSMs had been wrongly told to leave the UK and 87 had been wrongly forced to leave for lawful discrepancies in their tax records. The Balajigari judgment condemned such decisions, yet the Home Office’s approach has not changed.

The public has tended to support high-skilled migrants, regardless of their country of origin. Similarly, continuing the Conservative Party’s traditional emphasis on HSMs, the current ‘Global Britain’ strategy prioritises attracting the ‘brightest and best’. The post-Brexit framework has placed no numerical caps on HSMs, continuing to lure them with promises of settlement. Unfortunately, Home Office decision-making has diverged from such policy goals. Application of paragraph 322(5) exemplifies how some immigration rules are unfit for purpose and are not applied in line with the Home Office’s own policy guidance.

To avoid continued repetition of such flawed, unfair, and potentially racist anti-immigrant approach, the hostile-environment policy must be tackled holistically, particularly given no evidence that it effectively addresses its stated goals (combatting undocumented migration). Following the 2018 Conservative manifesto promise of a ‘more fair and compassionate’ immigration framework, Priti Patel pledged to carry out a review of the hostile-environment policy. We have yet to see attempts to fulfil such promises. Fairness, humanity, and respect for talents of all immigrants are now crucial more than ever as the UK faces post-COVID economic recovery and asserts its post-Brexit identity on the global political stage.

Dagmar Myslinska is Lecturer in Law at Goldsmiths, University of London. She also leads the Immigration branch of Goldsmiths’ Law and Policy Clinic, which is supporting the Migrants’ Rights Network on whose research the above draws.

Photo by ConvertKit on Unsplash. 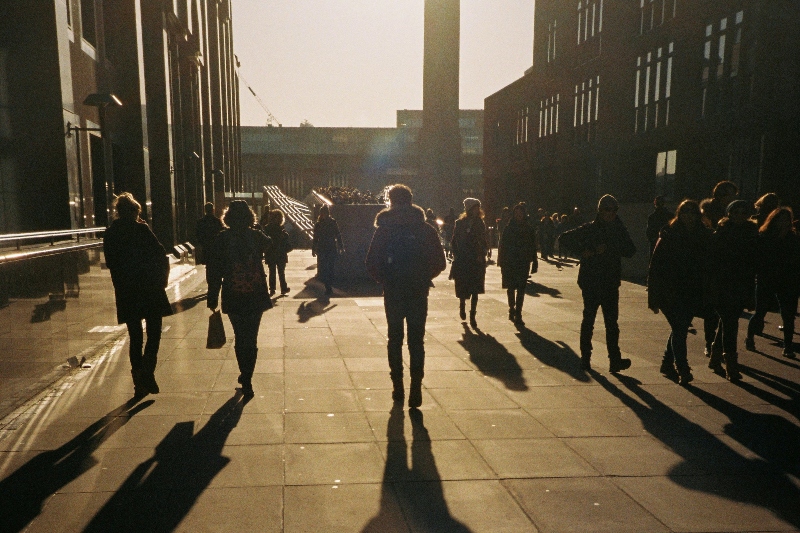 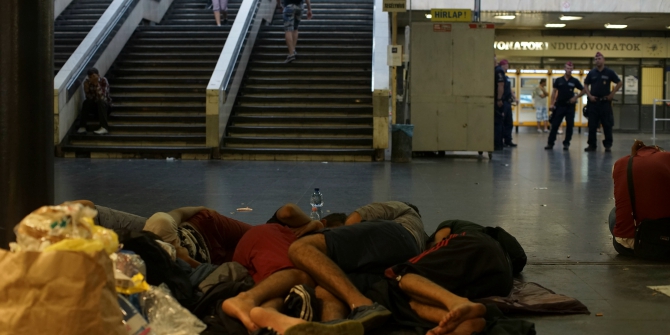