The jury is still out on whether there is a housing bubble in London, but we’re certainly approaching bubble territory in terms of the number of discussions, seminars and debates on the subject. The key issue is clear: London house prices have been rising fast—much faster than incomes. Why is this happening—and what can be done about it?

Let’s look at the basics; at supply and demand. Demand for housing in London has been growing but supply is stagnant. Demand is up because London’s permanent population is growing through natural increase and migration (from abroad and elsewhere in the UK) and there’s an increasing group of part-timers: wealthy foreigners who want a London base. Mortgage conditions, tightened in the wake of the Global Financial Crisis, have now begun to relax and loans covering 95 per cent of property value are again available. Underpinning these is London’s pre-eminent position as a national and global centre of governance, finance, education and culture.

There is less agreement about the reasons for the stagnation of supply. Discussions about supply can be confusing because in popular usage the term can mean two things: the net addition to the housing stock (that is, new construction), and the number of homes offered for sale at any given time—of which the vast majority are existing dwellings. Let’s take new construction first. The rate of new build has increased, but still doesn’t come close to match the number of new households in London—so in pure numbers term the housing deficit is growing, which tends to push up prices. There are many reasons for this, and each commentator has his or her favourite.  They include the greenbelt, NIMBYism and ‘land hoarding’ by developers.

In terms of housing transactions, though, the overwhelming bulk of supply is not new build but existing homes. And while house prices have risen strongly in the last five years, the number of transactions has risen much more slowly, and is still well below the peak reached in 2006—so in that sense, the supply response has been disappointing.

What can be done to bring prices down? There are three broad possibilities, alone or in combination: control prices administratively, increase supply or reduce demand. There are proponents of administrative control of prices in one part of the housing market, in the form of rent control. Interestingly, though perhaps not surprisingly, they never advocate capping house prices. There are, however, ways of exercising indirect influence on house prices through regulation. One is to limit the size of mortgage loans by capping loan-to-value or loan-to-income ratios, which would reduce effective demand. 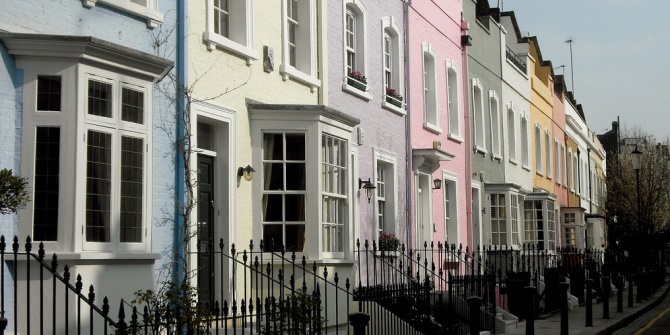 Another possibility is to increase supply. In terms of new construction, there is a huge amount of housing in the pipeline in London. But even (or perhaps especially) on the biggest sites, new homes are produced very slowly—even though there are few technical barriers to faster production. One reason is that house builders have learned that putting many houses on the market at the same time reduces the price of individual homes. But that doesn’t seem to apply to rented housing—even if hundreds of properties are leased at once, it doesn’t affect rents much. This means that developers could be willing to build rental-only homes at a faster rate than homes for sale. This wouldn’t directly bring down the price of homes for purchase, but would have an indirect effect by increasing overall housing supply.

Why aren’t they doing so already? There are several reasons, but the most important has to do with the cost of land.  The price that developers can pay for land is the difference between the eventual sales value of the houses and the cost of development. Envision a block of two-bedroom flats—the kind of rented housing typically found in New York or Berlin. If the flats are sold individually to owner-occupiers, as normally happens in the UK, the sales price will be higher than if the developer sold the block as a whole to a landlord. That means that a developer building for owner-occupation or to individual buy-to-let investors will always be able to pay more for land than one who wants to build blocks for private rental—so the rental-only blocks just don’t get built.

There is a way around this. If the development has to be for private rental the overall value will be lower—and this brings down the price of the land. Under the British planning system there’s no special treatment of private rented housing—it doesn’t have a separate ‘use class’ or zoning. But the same effect can be achieved another way: local authorities can make it a condition of planning permission that dwellings remain in private rental for a specified period (say 10 or 20 years). This is known as ‘covenanted private rental’ and is one approach advocated in the Mayor’s Draft London Housing Strategy. Widespread adoption of this could help accelerate the supply of new build housing that London desperately needs.

But new homes will only ever be a tiny proportion of transactions. How could we increase the number of existing homes coming onto the market? If older ‘over-occupiers’—single people or couples living in family homes—could be persuaded to downsize, this would release their properties for younger families. Of course, not everyone agrees that this should be a policy goal: Mrs Thatcher famously campaigned for the poll tax by invoking the example of elderly widows unable to pay rates on their long-time homes. But we have to ask whether it is a sensible use of London’s housing stock to have older people living alone in large houses while families with small children are crammed into too-small flats.

One of the reasons that many older ‘over-occupiers’ remain in their large homes is that the alternatives are so grim.  Many would never move into a retirement home, however tidy and well-run, unless forced to do so by ill health or dementia. We need to create positive, attractive living arrangements for later life—homes that active older people would genuinely prefer to live in. There are some innovative projects that may suggest a way forward—for example, a new co-housing community for over-50s currently being created at Featherstone Lodge in South London could provide a model for that could be replicated elsewhere.

Finally, a few words about demand. The UK’s house-price surge is centred on London; north of Watford might as well be another country. Demand is strong in London in part because of the massive over-centralisation of the country’s economic and public life. In the USA, by contrast, New York is the country’s financial capital, Washington its political capital, Boston its capital of higher education and San Francisco its tech capital—but in the UK London plays all of those roles. Re-balancing this would reduce pressure on London house prices and contribute to a healthier country overall.

Note: This article gives the views of the author, and not the position of the British Politics and Policy blog, nor of the London School of Economics. Please read our comments policy before posting. Image credit: Klovovi

Kathleen Scanlon is a Research Fellow at LSE London. She has a wide range of research interests including comparative housing policy (across all tenures–social and private rented housing as well as owner-occupation), comparative mortgage finance, and migration. 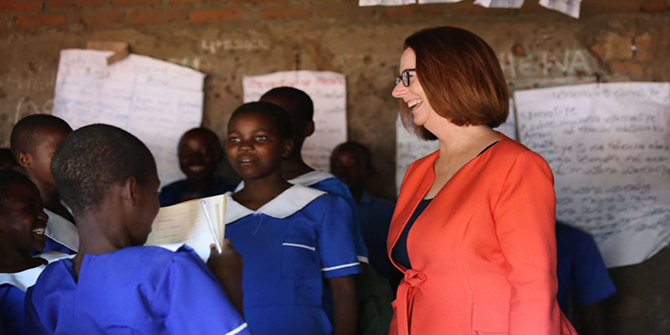 Why is Jeremy Corbyn stealing the show? Because he’s the only Labour candidate saying anything at all