Considering the turnaround in fortunes during and after the 2017 general election, why didn’t Labour win? The answer is to be found both in the Labour party’s governance, and in the whole system of British government, explains Ed Straw.

Given the dire display of their government opponents, some have asked the legitimate question: why did Labour not win? Let’s start with New Labour, a body that both connected with the real world and failed to grasp the big levers for change. This government, busy attempting renewal on all fronts, failed to renew itself. Stuck with those answers it first thought of in public sector reform, the old guard of dominant ministers and advisers hung on for far too long. Fresh blood, and with it fresh thinking and fresh faces, was needed and never happened.

The New Labour government also suffered from the absence of serious competition – a consequence of First Past the Post (FPTP). Representative democracy is competition, but when one major party is out of action – as the Conservatives were for most of this period – then standards drop. New Labour had little to challenge it, until David Cameron appeared. Even then, it took some doing to lose to an Old Etonian ex-PR executive.

Of course, even with an effective choice of only two parties, standards will never be that high. Any self-regarding competition authority in the world would rule FPTP illegal. But it is a challenge to get across to the average party politico, eyeing all that apparent power, that he or she would do a far better job under Proportional Representation. But they would. Theresa May could even get round to understanding that, when she comes to write her memoirs. But, few of them get it before, alas fewer still with power in their hands.

That absence of a credible alternative allowed the remarkably self-indulgent Blair-Brown feud to fill the void. Its continual strife sucked energy, purpose, and votes. New Labour had demanded discipline from its members as the price of election, yet tolerated the most self-centred and ill-disciplined leadership. Both should have read the Riot Act through the party’s governance.

Another great irony here is that every government in the world would improve – and its politicians be more successful – with comprehensive, independent, and balanced feedback. None has this. This is one of the several large reasons for global discontent with government performance – local, national, regional, and global. If you don’t know the score, how do you know if you’re winning? You don’t. If you don’t know where you are, how will you know how to get to your destination? You don’t.

So, vast resources are spent on trying to convince themselves and the electorate that policies are working – or not, if you’re the opposition. Self-scoring and news spinning is the vapourware that occupies the space that real feedback should. We are all getting monumentally disgruntled with it. But until we grasp that feedback of results has to be institutionalized and put somewhere where the politicians can’t tamper with it, spin is what we’ll get.

New Labour went into the 2010 election pretty exhausted, splintering, with little idea of what it would do next, and with the baggage of another leader who was not going to win. The legacies of the failed Iraq war and of the banking crash did not help. A refreshed Labour would not have lost.

Refreshments came in the form of Ed Miliband. Labour embarked on a muted why-are-we-here quest, but a stale New Labour vs Old Labour vs Only-Used-Once Labour, conducted with lashings of labellism, judgementalism, and moral superiority, unaware of the major shifts in circumstances wrought by neoliberal economics and in values.

Underlying these five confused years in opposition, Labour knew not why it was here. After all, its historic mission to take the masses out of poverty, disadvantage, and inequality had succeeded. To compare their lot today with even when I was growing up, let alone to the conditions when Labour was founded, is to rejoice. But the old mantras continued to be chanted by a party unable to come to terms with the modern world. It needed a trip to the political psychotherapist but instead sat on its hands.

It was quickly evident that no matter his various qualities, Miliband was not going to win. This repeated Labour’s most enduring failure of party governance – to enter elections with a leader without sufficient electoral credibility. The party’s unwritten policy is to replace the CEO only once the company has gone bust.

The Conservatives don’t self-handicap like this. Why? Their ‘1922 committee’ is composed solely of backbenchers and thus has far more freedom to discuss difficult issues than if overseen by the management. Its role is to take soundings and suggest changes, and to tell leaders, whose shelf life has expired, to move on. Their process for challenging sitting prime ministers works too, as Labour’s did not for Blair and Brown. The Conservatives would have replaced Kinnock with John Smith, Brown one year before the 2010 election, and Miliband after two years as leader. The party is far more important than the person.

Onwards to the Corbyn era – an essential disruptor for a drifting party. The Parliamentary Labour Party of all its MPs continued to behave as a failed state. It should have shut up, backed Corbyn for two years, given him a good run (and enough rope if you like) and then taken stock. Instead, the ruling faction threw its toys out of the pram and embarked on continuous strife. 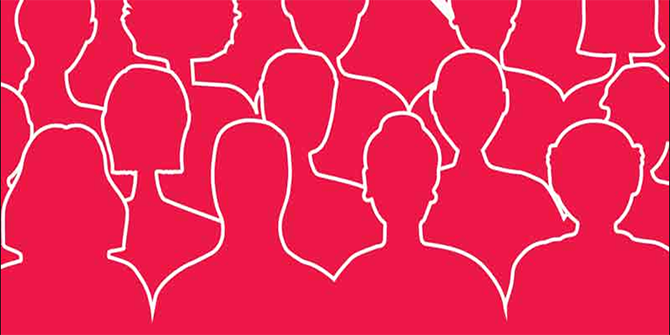 Post the referendum, one year in, spooked by a quick election rumour, it repeated the mistake by mounting a hopeless challenge, and continued its tantrum. It showed a remarkable detachment from people and their genuine disadvantages, unable to comprehend their role in Brexit through preaching, ignoring, and fixating on its own semi-ideology.

Apparently struck by a vision on a two mile walk in the woods around that Victorian watering hole of the English in Dolgellau, May announced the latest election. I have wondered what would have happened if, instead, she had climbed the adjacent majestic mountain of Cader Idris.

Jeremy Corbyn played a blinder, Theresa May the opposite. In an unusual way, he was aided by Murdoch and the Mail and the rest of the fundamentalist Tory press. Such was the extreme picture painted of this threat to the security, stability, and anything else held dear that could be concocted, the comparison – once we were actually allowed to see and hear him – was far greater than if the news media had left him alone. Blimey, he’s not a monster. Goodness gracious me, he’s even saying things I agree with.

But he did have some real negatives from his first year as leader. At first he could only find reverse gear as he came up with mostly very old Labour policies. Second, the organization of the leader’s office and output was not competent. Third, his performance in parliament was limited. But bear in mind that he had become leader not after years of planning alongside a slick team of advisers, but suddenly on a wave of grassroots enthusiasm for something very different. It would always take time to learn these complicated and sometimes bizarre ropes.

Whilst absolute levels of prosperity are light years from those on Labour’s founding, mass disadvantage, inequality, and disempowerment have returned. No-one is starving but the basis for a New New New Labour mission is there. Whether Corbyn recognized this or whether what he thought happened to be right for the time, I don’t know. Either way, his essential message resonated.

But did not win. That would have taken not a different leader this time, but a party that had left its proud history in the history books, that grasped where many people were, that had thrown away the old recipes and thought long and hard about new and workable solutions, that really got behind their leader and their leader behind them, and shouted with one voice.

That it did not is down to years of decline in every wing, faction and tendency, itself the product of the weak governance of the Labour party and of the broken system of government and democracy. It still has no backbench governance. I propose a committee identical in membership and role to the Conservatives.

I further propose that Jeremy Corbyn, the MPs, the members, and actually all of us, get some serious thinking caps on as to how to reform the system of government – feedback, competitive democracy, policy by design, powerful check and balance. Until the system is redesigned and fixed good and proper, government and us will muddle on, not a lot will actually change for the better nor lives made easier, political parties will keep their bad name, and every government – including your or my choice – will disappoint.