If Titan Prisons are back on the agenda, we must know more about the one we already have

If Titan Prisons are back on the agenda, we must know more about the one we already have

Last week the government announced plans to conduct feasibility work on what would be Britain’s largest prison, citing a need for new capacity and a concern to close older and more expensive facilities. The government is pointing to HMP Oakwood, the 1600 place G4S prison which opened last year, as an illustration of the efficiencies achieved by prisons of this size. However Rob Allen questions whether the data for Oakwood is as clear as the government has tried to suggest.

There is a strong sense of déjà vu about the Justice Ministry’s announcement that it is to start feasibility work on what would be Britain’s biggest prison with a capacity of more than 2,000. Five years ago Jack Straw wanted to build 2,500 place Titan prisons but strong opposition from practitioners, parliamentarians and pressure groups forced a climb-down of sorts. The Conservatives were amongst the critics, proposing in their Green paper Prisons with a Purpose that they would “sell off old prisons and rejuvenate the prison estate, building smaller local prisons instead of the ‘titan’ prisons proposed by the Government.” They seemed to accept the Prison Inspectorate’s view that smaller prisons worked better and the argument that so-called super jails will struggle to prepare their residents for return to the various communities in which they live.

Now in government, the attractions of economies of scale seem to outweigh concerns about impact on the reintegration of prisoners. On costs, the government are particularly fond of pointing to HMP Oakwood, the 1600 place G4S prison which opened last year and is the closest we have to a Titan prison. “The average cost at Oakwood” the Justice Secretary told Parliament “is £13,200 per place. This is less than half the average cost of existing prison places, and sets the benchmark for future costs.”

I have long been sceptical about whether such low costs are reliable or represent a fair comparison. Running any institution or concern at less than half the average cost of a comparator seems on the face of it unrealistic, even allowing for economies of scale.

The alleged costs reported for Oakwood by the MoJ have already crept up. According to the Impact assessment for the Probation Review in January 2012, Oakwood “will provide places at the lowest operational unit cost in the estate at £11,000 per prisoner per year”.  By the time of the NOMS Competition Update in June 2012 the cost had risen to £13,000 per prisoner per year. The MoJ told me that the discrepancy was because “for true comparison with other prisons, it is necessary to include other cost elements that are not included in the contract price. These include rates, controller teams, interventions, gas utilities, library and head of learning and skills.”  Today the cost is reportedly £13,200 although the prison is not yet running at capacity and therefore the cost per prisoner is presumably higher.

As for whether this figure represents less than half the average annual cost of an existing place in a comparable prison depends on whether we are talking about the direct resource expenditure (what is spent at each prison) or the overall resource expenditure (which adds spending at national or regional level). The average direct cost per prisoner place at Category C prisons in 2011-12 was £21,561; the average overall cost was £31,339. So if Oakwood’s costs are accurate they are indeed well under half of the average overall resource spending on similar prisons but well over half (61%) of the average directly incurred costs.

The government have emphasised that Oakwood’s low cost does not come with an impoverished regime – the specification for the prison requires standards as high as those in other prisons. But how it is working in practice is as yet unknown. If Oakwood is to be the model for future prisons we surely need some objective information about how well it is operating. And if its low costs are to be put forward as the new benchmark, greater clarity is needed about what they include and how they are achieved. The Inspectorate and NAO need to take a trip to Wolverhampton.

Rob Allen works on prison reform in the UK and internationally. From 2005 to 2010 he was director of the International Centre for Prison Studies (ICPS) at King’s College London, undertaking research on imprisonment and assisting prison systems to comply with international standards. He has undertaken prison reform work in Africa, Latin America and Asia. 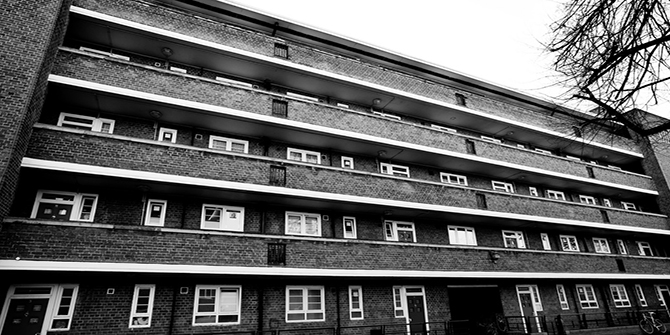