What do fictional portrayals of political issues say about the views within a society? Steven Fielding notes that while political fiction is an important part of British culture, portrayals of Europe and the issue of European integration are rare. Where the European issue is mentioned, it tends to be connected to corruption, or dystopian visions of the future in which a United States of Europe has superseded nation states. He argues that the fictional portrayal of Europe illustrates the depth of mistrust the EU generates in British citizens.

How we imagine politics is sometimes as important as how it really is – if the latter can ever be determined, that is. Indeed according to Benedict Anderson in his Imagined Communities, one of the most basic political concepts, the nation state, had to be first imagined before it could exist in reality. It is also generally accepted that while fiction can rarely over-turn strongly held points of view, it canreinforce existing opinions and subtly reframe how people think about a subject. At the very least fictions give us an insight into how people feel about political issues.

We now live in an era in which many talk of the death of the nation state and its supersession by globalisation and supranational bodies, probably the most important of which is the European Union. Indeed, the power of the EU within British politics, and the threat it poses to British sovereignty, is an abiding theme of those who seek to radically transform Westminster’s relationship with Brussels, or engineer an exit.

In researching my forthcoming study of how British politics has been imagined in fiction and drama since the days of Anthony Trollope, I have however come across remarkably few references to the role of the EU and its precursors. That tells a story in itself – and reflects the findings of countless opinion polls taken over the years, which suggest that most Britons do not think Europe is important to them. Clearly most authors consider that, as a consequence, it is not an especially interesting one.

Certainly, the popular 1980s sitcom Yes Minister rarely mentioned Brussels and when it did, it was associated with unnecessary regulation and huge perks for its officials. Those who wrote Margaret Thatcher’s favourite comedy series also considered that within the EEC national interests trumped all other considerationsand those who believed otherwise – like Jim Hacker – were naive fools. In the fourth and final season of the New Statesman (1987-92), having lost his Commons seat the Eurosceptic and far-right Conservative Alan B’Stard is forced to become an MEP. He manages to install an acolyte as a European Commissioner who he has issue edicts that suit his financial interest. For B’Stard Europe is just like Westminster, his personal cash-cow, only in Brussels the rewards are even greater. Both series then presented Europe as a place of excessive bureaucracy and corruption, themes developed in Channel Four’s allegedly comic 1990 mini-series The Gravy Train, the title of which says it all.

The Gravy Train was unusual in being set in Brussels. Stanley Johnson’s 1987 novel The Commissionerwas another such rarity. Johnson was a former Conservative MEP who had previously worked for the European Commission: he was also father of the future Mayor of London. His novel has a sacked Conservative minister shunted off to Brussels where he exposes corruption at the highest levels.

Johnson was just one of a number of Conservative figures who wrote political novels during this period, but he was the only one to have Europe as the main subject. However, Tim Renton in Hostage to Fortune (1997) did make an arch intervention in his party’s violent divisions over the power of Brussels. Renton was by then on the backbenches having stepped down from John Major’s Cabinet in 1992. His thriller has a Conservative Prime Minister and Labour Leader of the Opposition join in support for Britain’s entry into the euro. Both believe Britain will benefit from the move so they put partisan considerations aside in the national interest. The reader is left in no doubt as to Renton’s approval of their initiative.

For the most part fictions about contemporary British politics have subsequently avoided the European subject: for example, I cannot think of one occasion when it was mentioned in The Thick of It. Europe has nonetheless been depicted in various works of science fiction and thrillers set in the distant future: these are universally dystopian visions of a European super-state gone bad for one or other reason. In his 2003 comic thriller Incompetence Rob Grant, for example, has a federated Europe make stupidity a protected right. In his 2002 Super-state Brian Aldiss has Europe come a cropper after undertaking an Iraq-style invasion. Adam Lebor’s The Budapest Protocol (2011) even has an EU, about to directly elect its President as part of the forward march to a super-state, exposed as a Nazi Fourth Reich.

Set in 2045 in a United States of Europe – inevitably characterised as corrupt and bureaucratic and in which British identity is all-but snuffed out – Andrew Roberts’ 1994 The Aachen Memorandum suggested that European federalism was based on a fraud of staggering dimensions. It reflected the fears of one of Margaret Thatcher’s bigger fans – and keen supporter of Michael Portillo’s ambitions to replace Major – that the people’s patriotic voice will simply be over-ridden on Brussels’ march towards super-state-dom.

The imagined EU that emerges from such fictions is bureaucratic, corrupt and/or tyrannical and does not suggest that many Britons are ready to embrace federalism any time soon. This will of course not be news to our political leaders, but it does indicate the depth of mistrust the EU arouses, when Britons can be bothered to think about it.

Steven Fielding is Professor of Political History and Director of the Centre for British Politics at the University of Nottingham. His main areas of interest are the fictional representation of politics, the ‘crisis’ of trust in politics, British political history, and the British Labour Party. 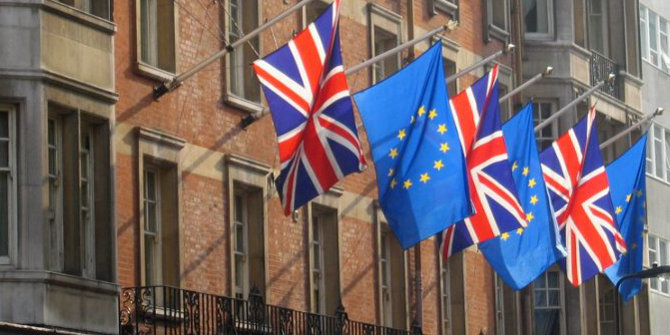 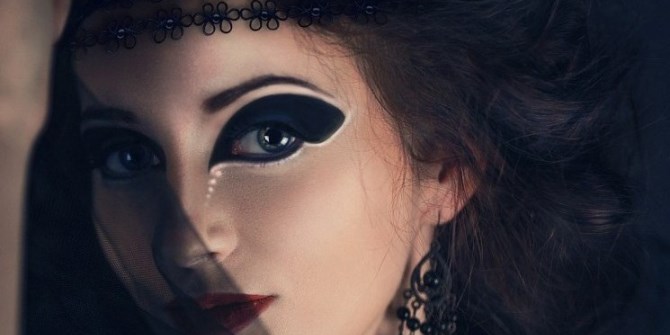