With last week’s Comprehensive Spending Review outlining the financial impacts of the government’s plans for privatising Royal Mail, Gregg McClymont MP looks at how separating out Royal Mail and Post Office Counters Ltd could worsen the services available to the public, and what regulatory provisions could help minimize adverse impacts.

The government proposes to split postal delivery (which stays with Royal Mail) and the management of the post offices (which goes to Post Office Ltd). The Royal Mail Group currently provides both these services as part of its universal service obligation. These obligations are contained in the licence granted to Royal Mail Group. The licence requires that Royal Mail provide a certain number of deliveries at a certain time to homes and businesses, and post offices are retained in all  communities.

There is also an internal business agreement for the supply of postal offices between the Royal Mail and the Post Office Ltd which, along with a taxpayer subsidy of approximately £150 million per year, enables Post Office Ltd to fund its entire network of post offices. If neither of those conditions existed, the number of post offices would fall sharply, especially in rural areas .

The formal rules regarding the number of post offices are much less tightly drawn than the letter and parcel delivery obligations placed upon Royal Mail by its licence.  Indeed, there is very little in statute and a limited number of criteria in the licence that Royal Mail is obliged to fulfil in terms of post office outlet numbers.

That did not matter in the past because outside the formal rules the government, as sole owner, could and did order Post Office Ltd to maintain the current number of post offices. However, it will matter in future.  Up to 7,500 post offices would be at risk if the existing licence criteria remain unchanged. However, the current licence will automatically fall with the passage of the new legislation. The situation under the draft Bill is that anyone can provide postal services but may have to provide elements of universal service if subsequently required to so by OFCOM. The Secretary of State has in addition awarded himself powers to override OFCOM decisions. 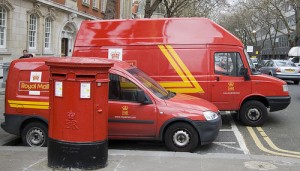 The danger is real, for the Postal Services Bill promises full privatization with Royal Mail managers incentivised to seek maximum profitability. In these circumstances, the importance of postal services as a public service to the nation cannot be their priority.

The government needs to create a future strategy for growing the Post Office, and not let it fall into decline.  Maintaining the current level of public service would mean not only taking the existing conditions from Royal Mail’s licence, but adding new criteria.

The scope of the universal service obligation should also be a decision for Parliament, and not a matter that is delegated to the regulator or to an individual Minister. This is a matter of both pragmatism and principle: pragmatism because a Minister or the regulator would be subject to enormous pressure from the privatised entity to reduce the required service; principle because, if there is a will to amend the universal service obligation, it must be done transparently and publicly by Parliament. My constituents and those of my fellow MPs care deeply about the service that Royal Mail and the Post Office provide. They demand no less.

Also, what happens if the current exclusive agreement between Royal Mail and Post Office Ltd is ended? There is a danger that the Post Office will be undercut unfairly by ‘cream-skimming’ competitors. For example, a supermarket chain could say to Royal Mail: “We can provide post offices more cheaply than Post Office Ltd. We will include no loss-making outlets.” To avoid such an outcome, there needs to be a level playing field.

Fair competition would depend on a strictly drafted set of criteria relating to the provision of post offices. Any business that wished to compete for supplying post offices to Royal Mail must fulfil exactly the same objective criteria on a national basis as Post Office Ltd itself currently does. The contract for providing post offices must be set on just such an aggregated basis, otherwise bidders will simply cherry-pick the profitable post office locations.

The government has given a welcome guarantee that Post Office Ltd will remain in public ownership when Royal Mail Group is broken up. But without a guaranteed revenue stream from Royal Mail, many branches will be at risk from public spending cuts. I fear that some interests and ministers perceive privatisation simply as a way to generate a commercial incentive for reducing the demand for post offices, to which the government will then acquiesce.

However, there are serious risks involved in privatising a government-owned industry that provides a popular public service. Get it wrong and the government of the day presides over a carve-up: executive pay hikes up, job losses mount and the services are curtailed to the detriment of consumers.

Moreover, there is a strong public memory of former public service managers making unmerited fortunes at the expense of the public following previous privatisations in energy and in rail. Indeed, this tension between managerial freedom and the preservation of public services always emerges when utilities are privatised. It can best be dealt with by requiring that operators meet a universal service obligation.

It is crucial that the existing level of service provided by Royal Mail and the Post Office is protected. For post offices, the government have two choices. They could adopt an exclusive supply arrangement between a privatised Royal Mail and a publicly owned Post Office. Alternatively, they could set the universal service obligation criteria at a level that provides for maintaining the current number of post offices. In addition, long-term protection of postal services means giving Parliament the power to agree the level of service and any subsequent changes to it.

Gregg McClymont is the Labour MP for Cumbernauld, Kilsyth & Kirkintilloch East.  He was previously a Fellow in History at St Hugh’s College, Oxford.

When it comes to safeguarding children, there exists a confused story about what we think maturity is