The shortage of supply and the unaffordability of homes are key elements of Britain’s housing crisis. Gina Netto draws on research for the Joseph Rowntree Foundation to outline six potential solutions which could increase the supply of affordable housing.

News that in-work poverty is continuing to rise in the UK – and that the high costs of housing are a major contributory factor – demands that, in addition to expanding provision of social housing, more attention must be paid to designing new forms of affordable housing. The shortage of affordable housing should be viewed within the wider context of an extensively documented housing shortage. For some considerable time, housing supply has not kept up with the additional demand generated by increasing life expectancy, immigration and the rise in one-person households.

In England alone, it is estimated that between 232,000 to 300,000 new units per year are required, which is two to three times the current supply. As a number of leading organisations have noted, it is important that efforts to expand the supply also ensure an adequate supply of affordable housing, including for those who are not able to afford their own homes.

While there are some examples of innovation in the UK, they tend to be small-scale and isolated, and seldom receive sustained media or political attention. Serious attempts to up-scale such innovations are lacking. Instead, successive governments have tended to prioritise home ownership, which has increasingly become harder to achieve for growing sections of the population – including young people – although in England, this seems to have abated between 2013—2015.

Efforts to improve the supply of affordable housing should be informed by innovative solutions from a broad range of international contexts. Research for the Joseph Rowntree Foundation has revealed a willingness in a number of countries to depart from conventions in physical form – in terms of size, design, materials used, and use of existing buildings – and to consider more community-led solutions.

Tellingly, most of these solutions demonstrate that support provided by the state is crucial. Perhaps one of the most notable lessons for the UK is that innovation is possible when academics and practitioners from multi-disciplinary backgrounds – including in planning, housing, architecture, community development, economics, finance, and the law – work together in providing affordable housing and they are supported by political will. Although most of the innovations outlined below are not able to tackle the exclusion of the most marginalised groups of people, they are nonetheless worth considering given evidence of (cost-)effectiveness. 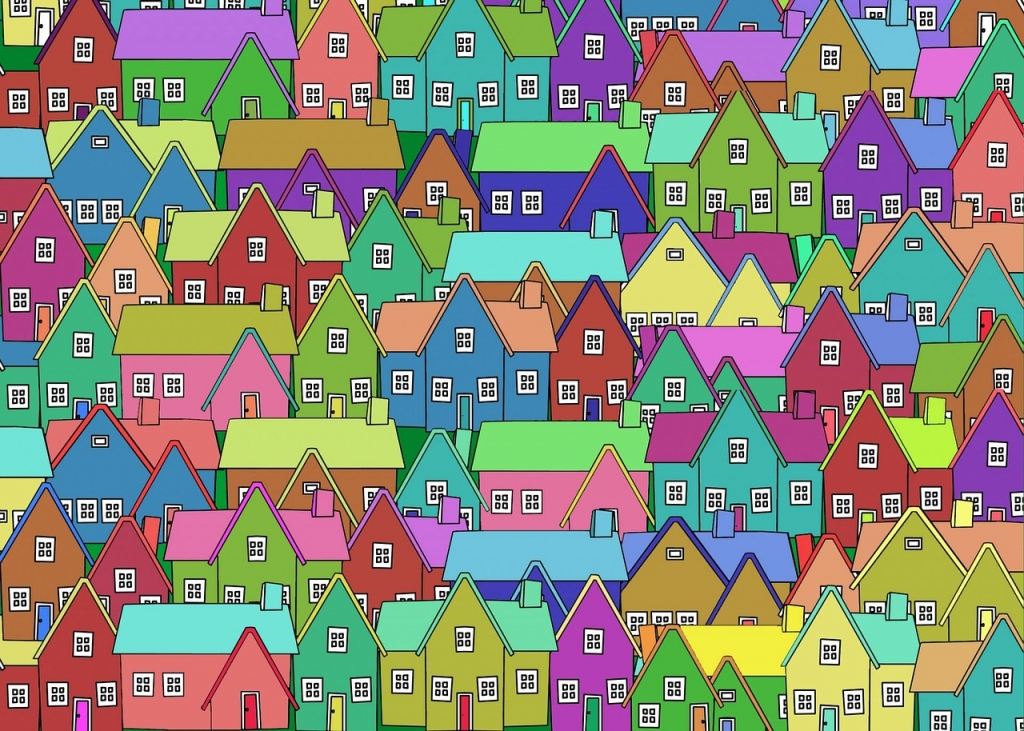 Among the solutions identified is ‘sweating’ existing assets in the form of properties in city centres where the housing market is pressured – a solution which is receiving increased attention in the Netherlands. This includes properties owned privately and by local authorities. According to government data up to November 2016, there are 610,123 empty properties in England. Of these, nearly a third (205, 821) have not been occupied for six months or more, consistent with the official definition of ‘long-term’ emptiness. In Scotland, there are 31,884 long-term unoccupied properties, while in Wales there are 23, 171.

Clearly, more effective use of such properties can make a significant contribution to supply. Within the UK, Shelter Scotland – funded by Scottish Government –  offers expert advice to local authorities seeking to expand housing supply through the use of empty properties. This work involves strategic and coordinated activity between and within councils, their partners, and agencies such as housing associations, building preservation trusts and private companies as well as legal experts and regulatory bodies.

Shelter’s work focuses on enabling councils and their partners to bring empty homes back into use, by providing advice, tools and loans, and showcasing good practice. One strand involves the identification of empty properties and their owners and review of their property rights. Another relates to ensuring that standards relating to safety, hygiene, and the quality of accommodation are acceptable. Such approaches require adequate resourcing but may be cost-effective in not only increasing housing supply but also regenerating local areas.

Commonly linked to the use of empty properties, community-led housing solutions such as housing cooperatives are increasingly being favoured in Switzerland and other countries. Factors that facilitate their growth are greater public awareness of their existence, robust governance structures, innovative mortgage packages, government support, and the willingness of individuals to consider collective solutions.

In Switzerland, the Geneva-based housing cooperative CODHA, purchased empty properties with the help of a loan from the state bank. Interest rates are kept low and the mortgage payment period is longer than average. The State of Geneva leases land to support housing associations and cooperatives, usually for a period of 99 years. Almost anyone can become a member of a housing cooperative since a share costs only 100 francs – a small amount in that country.

In the UK, house-building tends to be dominated by a small number of large companies. This restricts opportunities for the design and development of more innovative affordable housing. In Canada, the Grow Home prototype was designed for low-income renters who would be willing to buy cheaper, well-designed, smaller properties, and to complete the construction themselves when their resources allowed. Such homes can relieve pressure at the lower end of the housing market and provide a cost effective alternative to renting. Such an option could be highly attractive in the current UK context given the high cost of private renting and the limited supply of social housing.

Other solutions that might be considered are new forms of high-quality temporary housing. These can play an important role in providing good quality short-term accommodation where there is urgent need, for example, following flooding, or in areas where seasonal employment is high. Some lessons that might be drawn from a ‘state of the art’ review of temporary housing after disasters include the need for community participation; the use of local materials and construction techniques and the development of solutions to reuse temporary housing units at the design stage.

Community approaches aimed at low-income self-builders are already in existence in the UK, but tend to form only a small proportion of the growing self-build output – despite legislation that encourages the use of land for this purpose. Access to land is a major factor in supporting community self-build, as well as finance and specialist advice. It is likely that more support and encouragement is needed to encourage local authorities to consider how their communities might obtain easier access to land, for example, through more proactive use of development plans. Supporting such projects can lower the cost of housing by eliminating developers’ overheads and profits as well as help to enhance employability and self-esteem.

One of the most noteworthy findings of the research was the emergence and role of social movements in countries such as Argentina and Spain as a result of acute housing shortages. The success of these movements illustrate the potential for positive change once public awareness of the structural factors that contributed to the housing crisis in these countries has been raised. Through involving people affected by housing exclusion, organisations and individuals from a range of disciplinary backgrounds have succeeded in helping to bring about legislative changes which have been effective in enabling sections of the population to access decent housing.

The various innovations identified involve maximizing the use of available assets in the form of both physical and human resources. Some of these solutions, including the conversion of empty properties, cooperative housing, homes which can be incrementally built, and temporary housing indicate the potential to lower housing costs for individuals on low incomes. Others seek to draw on community resources and commitment in finding local solutions through the use of community self-build programmes and provide social value in enhancing employability, wellbeing and community cohesion as well as accommodating people on low incomes.

Indeed, solutions may draw on several elements of non-traditional practice, depending on local context and community engagement. A recurrent theme is the value of collective action at a number of levels, including through community-led housing organisations and the mobilisation of public support. Such action would signal the need for greater awareness among the public of the structural factors that contribute to the shortage of affordable housing as well as the need for experts to work together across disciplinary boundaries in stimulating innovation.

Note: the above is based on a report by the Joseph Rowntree Foundation which you can access here.

Posted In: Featured | Housing | Public Services and the Welfare State