Benedict Dellot argues that we should begin seeing informal economic activity not as symptomatic of excessive greed, but as a source of latent entrepreneurialism. The findings of a new report released today by the Royal Society of Arts (RSA) finds the route to formalisation for many people a journey that is marred with hurdles to be cleared and setbacks to be overcome.

Not long ago, the Treasury Minister David Gauke went so far as to describe cash-in-hand work as “morally wrong”. On the face of it, who could blame him? The informal economy is reputed to cause havoc for nearly everyone concerned. It costs the country £4bn every year in lost tax receipts, creates unfair competition for other businesses that are fully compliant, and is detrimental for informal entrepreneurs themselves, many of whom lack the necessary financial and legal protection that would otherwise prevent them from sliding into poverty at times of unforeseen difficulty.

This week, the RSA and Community Links are publishing a report which seeks to change the tone of this debate. Untapped Enterprise argues that rather than seeing informal activity as a wholly clandestine activity undertaken by rogue traders seeking to make a quick buck on the side, we should instead begin to recognise it as a source of latent entrepreneurialism.

While it is of course true that there exist thousands who engage in undeclared work out of pure self-interest, there are countless others who are forced to exit the formal sphere through little fault of their own. This is particularly true of budding entrepreneurs who face a range of difficulties in setting up their businesses, caused in part by a burdensome tax system, overly complex regulation and a lack of financial assistance.

It should be acknowledged that for these individuals to stand on their own two feet as fully fledged entrepreneurs takes time and effort. Of the 1 in 5 small business owners we surveyed who said they had engaged in informal activity when setting up their firm, 40 per cent reported doing so because it gave them the breathing space needed to formalise their operations, and two thirds said they did so because they first wanted to see whether their business would be a viable option. Only 9 per cent identified the desire to earn extra income as a factor driving their decision. The central message emerging from these and the rest of our findings is that the route to formalisation is for many people a journey that is marred with hurdles to be cleared and setbacks to be overcome.

We should therefore be mindful of relying too heavily on deterrence measures which run the risk of derailing this process altogether. The core problem with these approaches is that they assume informal activity to emerge primarily as a result of excessive greed, rather than (as is sometimes the case) a genuine inability to work within the tight parameters of the formal economy. While it is true that the likes of HMRC are shifting the emphasis of their approach from deterrence to encouragement and prevention, we feel that more could be done in this area. For this reason, we are calling for the adoption of a ‘stepping-stone’ model in treating the informal economy, whereby informal entrepreneurs would be assisted to reach key milestones as they make their way into the formal sphere. One option for implementing this would be to create a new Work Programme initiative entirely dedicated to supporting those who are engaged in undeclared work.

More broadly, we want to pose a vital question that has yet to be fully addressed beyond specialist circles: can we learn to live with the informal economy? If we can agree that formalisation is sometimes a journey rather than a quick and simple decision to be made, this also means coming to terms with the notion that informality may be a legitimate state for some people to operate in, albeit temporarily. Even raising the prospect of such a decision would be far from an easy thing for politicians and policymakers to do, such is the sensitive nature of tax issues at present. Yet if we continue to avoid confronting these uncomfortable questions we are in danger of losing the vast amounts of entrepreneurial potential that lies untapped in the informal sphere. In the current low growth economic climate, this is something we can ill afford to waste.

Benedict Dellot is a Researcher at the Royal Society of Arts and works on both the Citizen Power and Enterprise programmes. Prior to this, he was a researcher to Matthew Taylor, CEO. 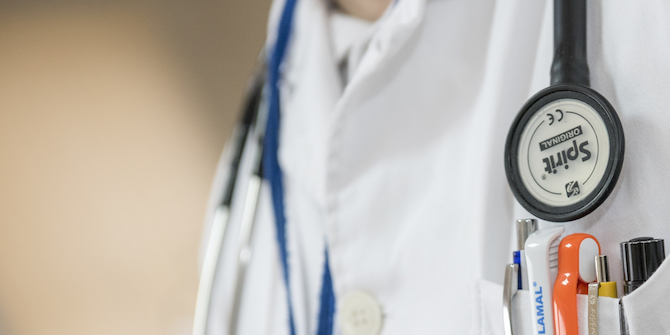