In this article, Sin Yi Cheung and Jenny Phillimore analyse the government’s Survey of New Refugees to get a sense of what works for asylum seekers. They find that the mere possession of social networks was not enough to enhance access to employment. Therefore, they argue for shifting focus away from social networks and towards more functional matters; for instance, improving language competency and housing asylum seekers closer to or with friends and relatives

The past four decades have seen the spontaneous arrival of significant numbers of asylum seekers and refugees to the UK. Asylum seeker arrivals peaked in 2002 at around 110,000 per annum, reducing to 14,880 by 2011 with around 27 per cent gaining some kind of refugee status. Estimates by UNHCR in 2012 suggest that the UK houses about 3 per cent of the world’s refugees; around 0.5 per cent of the overall population. While concerns about asylum seeker and refugee arrivals have been partly responsible for the rising moral panic about immigration and associated focus on welfare-restrictionism and border-tightening, a strand of policy has focused on refugee integration.

Integration, understood as a process, unidirectional or spatial, can also be conceptualised as an ongoing negotiation between past and present, and country of origin and country of refuge, wherein social networks are developed or maintained and identity is contested and constantly moving. Integration is recognized as multidimensional, involving interaction between individuals, migrant and refugee community organisations (MRCOs), institutions and society. Important questions have been raised about the role of social networks and social capital in supporting access to education and training, the labour market, health, and housing – the functional aspects of integration which are widely acknowledged as being fundamental for the integration process to start.

Possessing certain types of social networks, namely relationships with host communities, have been viewed both as an indicator of integration and a mechanism for integration in other domains, such as employment and education, because it is assumed networks automatically provide enhanced access to resources. From a political perspective, co-ethnic or co-national networks have been viewed as problematic for integration, fostering segregation and increasing propensity to extremism, as illustrated by David Cameron’s speech on extremism in 2011.

Evidence from a new analysis of the Home Office’s Survey of New Refugees provides no support for the argument that refugees only form co-national or co-religious social networks. Indeed they were more likely to make contacts with formal organisations and less likely with places of worship.

The type of accommodation refugees were using when going through the asylum process critically important for the types of social networks they developed. Those in state-provided housing made significantly more contacts with religious and formal organisations, but less with friends and relatives, than those living outside of such housing. This is unsurprising given that asylum seekers are dispersed around the UK without choice. Those in non-state housing usually resided with friends and family so were more likely to turn to their kin for support.

The breadth of social networks was found to be important in generating social capital – the wider the network, the more likely that help would be received. Different types of support came from different types of networks; for example, contacts with co-national and religious groups were positively associated with help received from formal organisations such as job search and educational organisations. Yet receiving help from Jobcentres, colleges, housing or organisations actually reduced the chance of being employed or accessing permanent work. This may seem counter-intuitive but most likely results from the fact that those most in need of support are more likely to use these types of organisations.

Breadth of networks was also affected by language competency and the amount of time the individual resided in the UK. Unsurprisingly, the more competent at languages and the longer a resident, the wider the networks. Frequent contacts with relatives, friends, religious or other civic organisations appeared to enhance employment prospects but were not as important as pre-migration education and occupation, English language fluency, literacy or length of residence in the UK. There is also evidence that in the early stages of settlement contacts with religious groups, co-national and other groups increased the chances of receiving help with housing and employment. However, while the mere possession of networks was not enough to enhance access to employment, the absence of social networks did have a detrimental effect on access to work.

The findings from this new analysis of the Survey of New Refugees have clear implications for integration policy. First, it is evident that we need to shift focus away from social networks and towards more functional matters. Given the unambiguous importance of language competency for access to employment, improving competency should be a key priority for refugee integration. This should include the provision of free ESOL classes for all asylum seekers and refugees.

It is also clear that some time is needed to adjust to life in the UK. The current policy of speeding up asylum claims and then expecting new refugees to access resources such as housing and employment without any support needs to be re-evaluated. The demise of the UK’s Refugee Integration and Employment Service following austerity cuts in 2011 is likely to have implications for the speed at which refugees can access work. Finally findings show that refugees in ‘support only’ housing fare better than those who are dispersed. It makes sense to house asylum seekers closer to or with friends and relatives even if this means offering a choice of location or paying some support costs to enable asylum seekers to be housed by friends and relatives.

Note: This article gives the views of the authors, and not the position of the British Politics and Policy blog, nor of the London School of Economics. Please read our comments policy before posting. Featured image credit: Takver CC BY-SA 2.0

Dr Sin Yi Cheung is Deputy Director of Cardiff Q-Step Centre for Quantitative Methods Teaching and teaches sociology in the School of Social Sciences at Cardiff University. She is known for her work on ethnic penalties in western labour market, refugee integration and ethno-religious minorities in Britain. You can follow Sin Yi on Twitter @drsinyicheung 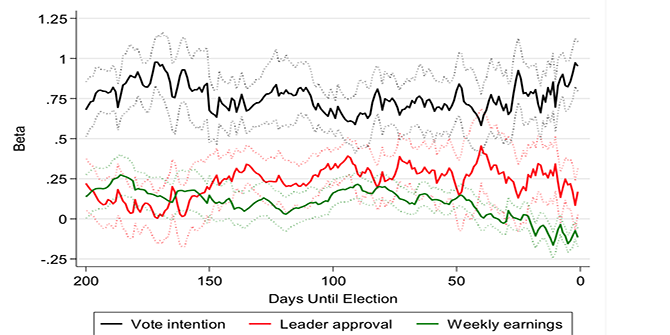 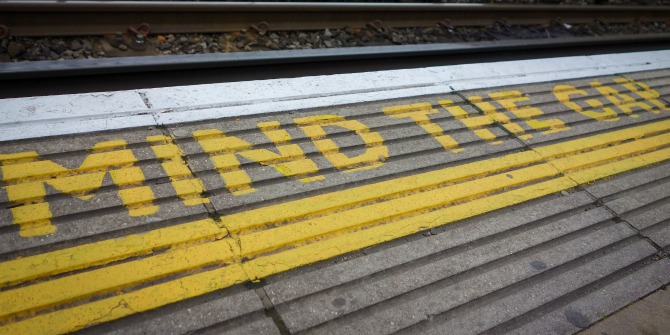