Based on an analysis of documents produced by civil society organisations, supplemented by interviews, Thomas Sealy explains how multiculturalism and interculturalism, usually seen as antagonistic approaches, are actually often combined on the ground.

In the UK, as elsewhere in Western Europe, issues of integration and social cohesion in relation to ethno-cultural minorities are never far from the headlines or policy concerns in one form or another. In the last year, events such as the Black Lives Matters protests, COVID-19, the Euros, and the upcoming Queen’s Platinum Jubilee, have all prompted reflection on integration. In 2019 the government published a new indicators of integration framework and the term has again been the central concern of a recent report by a prominent think tank, which notes that integration is ‘one of the slipperiest concepts in the political lexicon’.

One of the central issues to thinking about integration is what is to be done about ethno-cultural difference? Is it a problem to be overcome, a barrier to integration? Is it something positive, to be embraced and celebrated? Should it be overlooked in favour of what we all, as individuals, have in common, or should it be the ground we build a more equitable sense of belonging from?

The term integration can be not just slippery but the site of antagonistic and at times heated debate. These two properties of antagonism and slipperiness are well exemplified in debates between two alternative camps on how to manage and think about integration and ethno-cultural diversity: multiculturalism and interculturalism. Whereas the former emphasises respect for difference and hyphenated identities, the latter emphasises contact, mixing and what is shared or common against difference.

The two have frequently butted heads in academic debates, with multiculturalism under fire from interculturalists as in need of replacement, something reflected in political and policy discourse. For instance, the government’s 2018 Integrated Communities Strategy stated that ‘multiculturalism has too often encouraged communities to live separate lives – reinforcing distinct cultural identities to the detriment of efforts to draw attention to what we have in common – and is defunct’. Multiculturalists have responded by pointing out how these arguments misrepresent or caricature multiculturalism.

In a new research project, PLURISPACE, we ask if this antagonism must necessarily be the case. We’ve found that integration as it exists in government policy as well as policy advocacy from civil society organisations more often combines these two opponents in various ways, and this is where the slipperiness comes in. Peeling back from political rhetoric and academic theory debates, what might we learn from the slipperiness?

While policies that are consistent with an intercultural position have become central, through increased emphasis on contact and mixing, as well in discourse around fundamental British values, the term itself is found nowhere in policy documents or parliamentary debates themselves (unlike, for example, in Spain or at the EU level). Moreover, these interculturalism gains have not been to the detriment of multicultural policies, which have also shown an increase over the last few decades. This begins to point to types of complementarity between different approaches, which forms the focus of the PLURISPACE project. But what different forms does such complementarity take in practice?

The first variation is broadly multiculturalist in emphasis. It wants to preserve the importance of difference between ethnic, cultural, and faith communities whilst developing a sense of multicultural nationhood that can include these differences. Integration is thought about as relations between communities and across difference, but which adds to this the need for contact and mixing between people of different ethnicities and faiths and a simultaneous emphasis on what is held in common if it is to be successful. Here, integration is very much a ‘two-way street’.

The second variation represents a more equal mixing of multiculturalism and interculturalism. It is more cautious of stronger statements about group rights but with a significant feature; its underlying premises can be said to be more multiculturalist than interculturalist. That is, underpinning interculturalist features is a stronger sense of the need to recognise and respect difference as a fundamental way in which equality is thought about. As one report puts it: ‘If integration is not about everybody, it is not integration‘. Interculturalist emphases from this position are important, but bound to fail if not substantively underpinned by thicker multiculturalist sensibilities and policies when it comes to identifying and addressing discrimination and positive recognition.

Across these two positions features of interculturalism are seen as extremely important but also as inadequate and ineffective if not underpinned by more substantive approaches to equality consistent with multiculturalism.

A third position is one we might call critical interculturalism. This adopts a broadly interculturalist stance, but is qualified in significant ways (and ways that some interculturalists would reject) by multicultural emphases. It emphasises contact and mixing, and is oriented foremost around individual rights and the centrality of ascribing to fundamental British values, and of minority integration into these values. It stresses general laws and policies that apply to everybody, rather than differentiated policies and stronger forms of group recognition. Yet, different expressions of this broad position also emphasise the national level as significant in setting the tone for equality and integration; some emphasise that group targeted policies might be necessary in order to address patterns of discrimination and disparities in policy areas such as employment, education and so on, even if they are not necessarily ideally desirable and one day might not be necessary. We might see this as a kind of stop gap multiculturalism.

Overall, these different forms of complementarity are suggestive of the important contestations and differences there are when it comes to questions of what integration should mean and look like. But what they also show is that out of the shadows of academic debates and political rhetoric, syntheses and hybrids are occurring on the ground, and this has lessons for theory and politics alike. It also shows that behind the rhetoric, multiculturalism is not only alive but a multicultural sensibility is a significant feature of how we should think about equality and belonging.

Thomas Sealy (@SealyThomas) is Lecturer in Ethnicity and Race in the School of Sociology, Politics and International Studies at the University of Bristol.

Photo by Sharon McCutcheon on Unsplash.

Posted In: Fairness and Equality | Immigration | Society and Culture 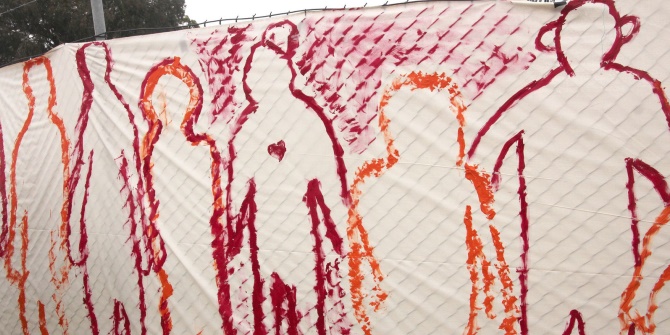