In the wake of the riots that swept through the UK last week, the police are now in the process of rounding up those suspected of looting and causing criminal damage, and many are facing prison terms. Tim Leunig argues that harsh judicial sanctions may not be appropriate for those who have been found guilty of looting, and have no previous convictions.

Natasha Reid, a 24 year old graduate, was in McDonalds in Enfield on Sunday night. She noticed that Comet was being looted, and went in and helped herself to a £270 television. There is no suggestion that she caused any damage, or was violent in any way. She realised that what she had done was wrong, and handed herself in to the police.

She has been found guilty, and will be sentenced on 1 September.  District judge Elizabeth Roscoe told her that her remorse would ‘very much go in your favour’ but warned that she could still face prison because of the ‘serious nature’ of the case.

That would not be appropriate. What Natasha Reid did was wrong, but, bluntly, since she got home with the television, and does not appear to have been caught on camera, she could probably have got away with it. She chose to confess, a remarkably brave thing to do given that sentencing was likely to be harsh.

Many people, without any history of criminal behaviour, seem to have been caught up in what happened. It is plausible that there are others like Natasha, who stole something, and are now regretting it.

The justice system seems to be able to distinguish between people like these and between those who saw what happened as a great opportunity to steal and would do the same again.

The authorities should therefore declare that anyone guilty of theft, who gives themselves up, and returns the goods undamaged, will be given a conditional discharge. This means that they will not have a criminal record, unless they repeat the offence. Those who stole consumables, such as alcohol or cigarettes, could confess and pay for the items. This would not apply to those who damaged property or were violent.

The idea is to encourage everyone who, at some point in the last few days, did something they regret in a moment of madness to come forward and say that what they did was wrong, that they regret it, and to return the property that they stole. People would be given four days to report what they did. They could do it in person, or online.

But equally, the authorities should offer rewards to those who report others who stole, damaged, or were violent. The authorities would announce this too, and the rewards would begin as soon as the four days were up.

It will do no-one any good if people like Natasha Reid are sent to prison and given a criminal record. A criminal record makes it less likely that she will find work, and make it more likely that she will end up on benefits. Prisons are full, and regular early release schemes let seasoned criminals out all the time. Better to keep them in than to release them to make a place for the fairly harmless Ms Reid.

We know too that prisons are factories of crime, where we do not want people to end up unless they are a danger to the public. Ms Reid is no such thing.

And above all, we want the community to come together, in truth and reconciliation. That is best served by encouraging as many people as possible to follow Ms Reid’s example, and step forward, confess, apologise, and repay. An offer of a conditional discharge makes that more likely, and so makes it more likely that communities can come together again and move on. 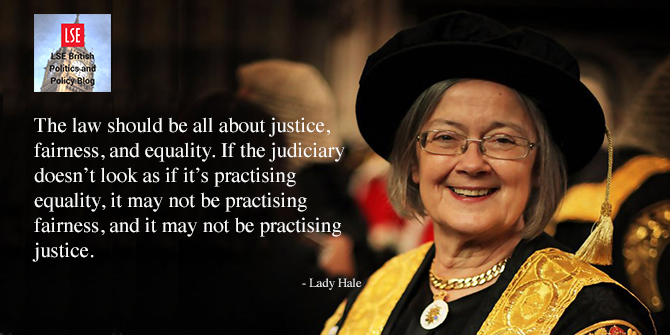 The Burning Issue: The DNA of Human Rights