Is it time for an alternative to marriage? Peter Tatchell argues that the set-in-stone legal framework of marriage does not take into account the diversity of modern lives. At the same time, with many relationships being just as loyal and enriching as those between people in love, there is no reason to continue restricting legal protection to the latter group. He discusses his proposals for a civil commitment pact with Artemis Photiadou.

You are here at LSE to propose an alternative to marriage. What does this alternative involve?

Under my proposed civil commitment pact, a person would be allowed to nominate as their next of kin and beneficiary any ‘significant other’ in their lives. This could be a partner or lover, but could also be a sister, a carer, or a lifelong best friend. Under this system people could select from a menu of rights and responsibilities to create a tailor-made partnership agreement suited to their particular needs. It is not a one-size-fits-all legal framework, like marriage and civil partnerships.

Many non-sexual friendships are just as sincere, loyal, and enriching as relationships between people in love. So I think these should also have legal recognition. There is no good reason to restrict rights to people in love/sexual relationships.

For those in a relationship, what would be the benefit of entering such a partnership than getting married?

There is an added virtue in being required to select from a menu of rights and responsibilities. It would mean that partners would have to sit together and negotiate how they would deal with specific issues, such as inheritance, guardianship of any children etc. This issue-by-issue negotiation would force partners to examine their relationship more closely and think through the implications of entering into a partnership agreement. It could lead to better decision-making and a more enduring commitment. With marriage there’s no requirement for partners to discuss their mutual rights and responsibilities – they simply sign a certificate without any need to negotiate the particulars.

Do you propose that this system eventually replaces marriage?

No, my proposal is intended as an alternative rather than a replacement for marriage. My own view is that marriage is a legal framework that is out of touch with the diversity of modern relationships. But I absolutely respect the right of people to have a marriage if they want it. All I am saying is that there should also be a new framework that’s more in tune with modern lives and relationships.

Is there appetite for an alternative to marriage in the UK, when in Northern Ireland they still haven’t achieved equal marriage?

I’ve done public talks on the issue and there is substantial support. Right now the concept is not widely known but am sure that if it is, public support will grow –  because the current marriage model doesn’t take into account the huge diversity of modern relationships. Some couples live together, others apart. Some share their finances, others maintain financial independence. Some have children, others don’t. My system would allow people to create a bespoke partnership agreement that reflects the reality of their relationships much better than the ancient, fixed in stone, inflexible model of marriage.

What will make people see this alternative system as desirable – in the sense that in most of the UK there is same-sex marriage and other relationships can be regulated through various contracts.

It is clearly desirable to have a legal framework to formally recognise and validate relationships, with rules to protect people if those relationships go wrong. Traditionally, women and children have come off worse when relationships break down; they are often left high and dry if there is no legal obligation on the husband and father. There needs to be some system to protect vulnerable people in relationships.

This pick and mix system I propose – giving rights to both love partners and non-sexual, close friends – offers a more democratic and flexible alternative to marriage and would end the existing discrimination against single people and their ‘significant other’. Supportive, loyal, and enduring relationships – whether between people in love or close friends – are good for the people involved and have wider social benefits. As well as enhancing an individual’s happiness and wellbeing they also strengthen a person’s ability to cope with adversity. We should therefore encourage and reward all such relationships with legal validation and protection. 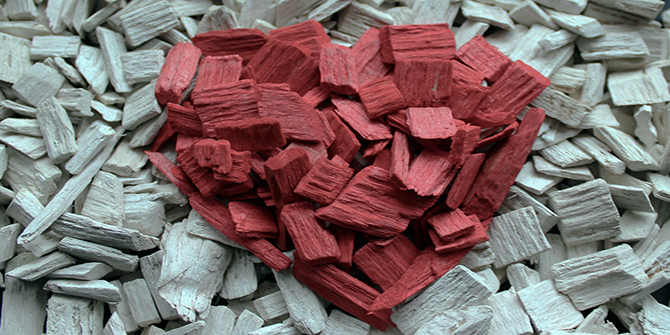 When it comes to same-sex marriage, do you agree with the route some countries have taken, where this question of equality was put to a referendum?

I am opposed to referendums on human rights because I don’t believe that a majority of the public has a right to take away the human rights of other citizens. Human rights are enshrined in international law. They exist, full stop. They are not dependent upon popularity or majority support. The Universal Declaration of Human Rights states very clearly that everyone has the right to marry, and that’s echoed in the European Convention on Human Rights and all other internationally recognised human rights statutes. It doesn’t say the right to marry is the exclusive prerogative of opposite-sex couples. The whole purpose of human rights law is to protect minorities against an overbearing majority.

Would you say that most LGBT+ equality battles in the UK have been won?

Formal legal equality is a step forward but it doesn’t go far enough. Women and racial minorities have had equal rights in law for decades, but there’s still sexism and racism. So as well as changing the law we have to change the culture. For the LGBT+ community a key issue is education around issues of sexual orientation and gender identity in schools in order to reduce bullying and combat hate crime. Some schools do address LGBT+ issues but many either don’t or do it very superficially.

The asylum system also needs to be reformed to make it fairer for LGBT+ people who are fleeing persecution in viciously homophobic countries abroad, such as Saudi Arabia and Uganda. Currently, far too many genuine LGBT+ asylum applicants are being unjustly denied refuge. The rate of first refusal for LGBT+ asylum applicants is much higher than for political, religious or ethnic refugees. That’s partly because the whole system has inbuilt hurdles and obstacles and partly because there seems to be an element of anti-LGBT prejudice in asylum decision-making.

We are still awaiting reform of the Gender Recognition Act, compensation for LGBT+ people with historic convictions under homophobic laws and the inclusion of LGBT+ issues in the forthcoming mandatory relationship and sex education in schools.

Note: Peter was speaking at an event hosted by The Forum for European Philosophy at the LSE.