Although recent statements by government ministers have tried to recast the “National Identity Service” as a scheme to help fight social exclusion, the Labour manifesto focuses on the same “benefits” in terms of identity theft and fraud, crime, illegal immigration and terrorism as the government had admitted were “exaggerated” as early as 2005.

The manifesto also restates the assertion that identity cards will be voluntary.  This is, at best, intentionally ambiguous as the government’s plans have always been for compulsory enrolment on the National Identity Register for all UK citizens from 2012 when they renew their passport.  The only optional element when someone is enrolled onto the National Identity Register will be choosing between receiving an identity card, a passport or both.  For more discussion of this complex point, see our related posting.

The manifesto also states that “In the next Parliament ID cards and the ID scheme will be self-financing”.  This will be achieved because “the price of the passport and ID cards together with savings from reduced fraud across the public services will fully cover the costs of the scheme”.  The Government doesn’t intend to issue large numbers of identity cards until 2012 (only 10,000 have been issued in the first six months of the Scheme  and the “identity card specific costs” for this period was £15 million, according to the most recent s37 cost report), and its most recent impact assessment considers benefits accruing over a 30 year time period rather than the last three years of the next Parliament.  It is therefore difficult to see how the Scheme can be self-funding in such a short timescale.

Identity cards are mentioned only in the section on ‘Crime and Immigration’.  This is odd considering they have invested so much energy in positioning the scheme as one that aids in combating social exclusion and protects individuals’ identities.

Why are Labour’s commitments presented in this way?  One suggestion is that the manifesto simply follows existing claims that no significant savings can be achieved by scrapping identity cards.  Alternatively, could this be the Labour party signalling a potential “policy sacrifice” should there be a “hung parliament” following the election? 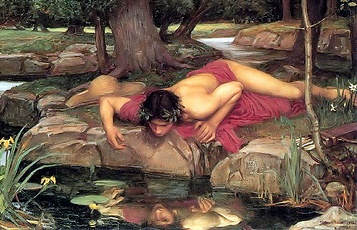