Will Jeremy Corbyn’s leadership be challenged if Labour does lose the election, as the polls predict? And what will happen to his vision of changing the way the party makes decisions and forms policy? Jake Watts argues that issues of party organisation and democracy will return to the agenda in the event of a defeat on 8 June.

The General Election is an early opportunity for Corbyn and his supporters to put forward policy and argue their case in front of the electorate. However, reshaping Labour’s policy and political platform is only one part of the Labour left’s mission to change the party. In the wake of the election, and likely defeat, expect issues of party organisation and intra-party democracy to return to the agenda as Corbyn and those around him look to take the fight to Labour’s moderates and secure a more stable foundations for their project.

In the leadership election of 2015, Corbyn spent time articulating a new vision for Labour as a political organisation. He did so drawing on a clear narrative about the state of the party as it was, and drew on historical notions of the movement’s roots and ideas about intra-party democracy that had long motivated the Labour Left. He argued that the party, under the influence of successive leaders, had moved substantially away from its roots as a ‘movement’ and that creeping centralisation and managerialism had stifled Labour’s radical member-led potential.

In response, Corbyn and those around him pledged that, under his leadership, the party would no longer be a top-down organisation. In its place, members would be elevated in their importance and would be more closely involved in making decisions about policy. But, beyond the crowd-sourcing of PMQs and the conduct of a membership survey about the manifesto, no changes to the way members are involved or the degree of control they have has yet been secured within Labour’s rules and procedures. Plans to hold a party ‘democracy day’ back in November were abandoned as concern rose about the possibility of an early General Election.

Whilst these ideas of member involvement have been set aside in terms of rule changes, notions of greater control by Labour’s grassroots have been consistently drawn upon by the protagonists of Labour’s leftward turn. This has been particularly the case when Corbynism has appeared to be under threat. In this respect, thinly veiled discussion of deselections has never been that far behind any outcry from moderate MPs about Corbyn’s leadership or the party’s standing in the polls. 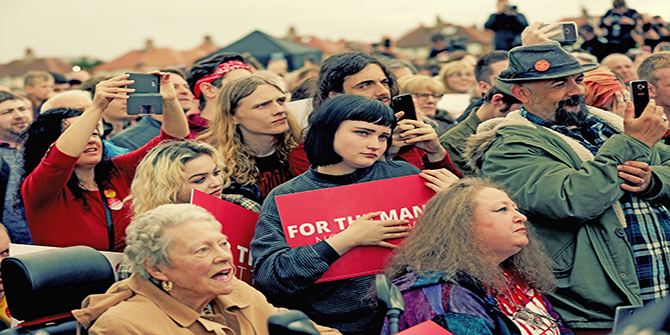 This focus on Labour’s organisation has two particular functions. First, all the talk about party structure and the ‘democratic’ rights of members to exercise direct control over party policy and representatives has constituted an important part of the Corbyn narrative about the Labour Party and its past failings. This narrative has been central to galvanising support, even in the face of a leadership challenge. Second, this talk signals what is a wider ultimate goal for the left: reshaping substantially Labour’s structural foundations.

In the wake of the General Election, it is highly likely that Corbyn and the Labour left will face significant challenges. Whilst the polls have tightened, a Labour victory still looks unlikely and signs of the blame game to come have already emerged. In the event of a loss on 8 June, the battle for Labour’s soul will recommence and a leadership contest looks likely. Getting an alternative Labour left candidate to Corbyn on the slate for any contest will not be easy unless the Parliamentary Party is substantially reduced. Any nominees for the leadership, aside from any incumbent, require the support of 15% of Labour’s parliamentarians. If it looks unlikely that a potential left-wing successor will find their way on to the ballot, the chances of Corbyn remaining in post and being challenged himself are increased.

In this leadership contest, and in the aftermath of Labour’s outing at the polls, expect organisational issues to resurface. In one respect, they are a consistent part of the traditional discourse of the Labour Left itself, they reflect a historical mind-set when it comes to Labour’s intra-party democracy, and constitute long-held goals of this wing of the party to secure a particular form of member- and activist-led politics. Beyond this, these visions of party democracy are part of Corbynism’s appeal and remain a firm part of what Corbyn and those around him are ultimately looking to achieve. Reducing the threshold for leadership contest nominations to increase ‘choice’, reasserting the right of members to decide over policy, and reaffirming the entitlement of members to exercise greater control over Labour’s parliamentarians are all possible areas of focus.

How convinced the Labour leadership selectorate are by these arguments will be important for Corbynism in the short-term. Indeed, if members continue to support this vision, this may play a role in determining the outcome of any leadership challenge. In the long run, whether any of these elements are actually secured will play their role in determining the extent to which Corbyn and his supporters can secure control over Labour’s commanding heights.

Jake Watts is a doctoral researcher in the Department of Politics at the University of Sussex. 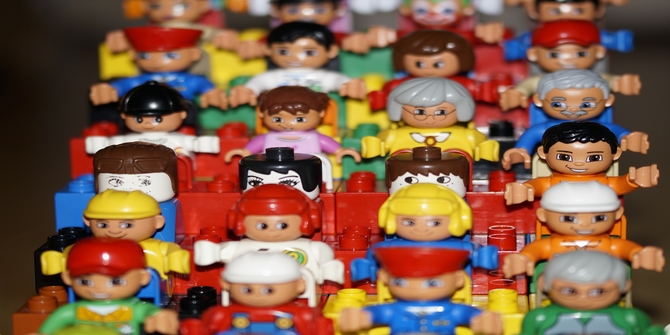