Instead of giving some workers a small ownership stake in the companies they work for, Labour should be backing a citizens’ wealth fund, writes Stewart Lansley. A fund financed by the dilution of capital ownership would introduce the principle of profit sharing across all medium and large firms; and the benefits would be distributed collectively to all citizens rather than to individual employees, achieving a more even spread of capital ownership.

Perhaps one of the most ambitious – and controversial proposals – floated at Labour’s conference  was the plan to give workers a small ownership stake in the companies they work for. The proposal – which would entitle workers to a dividend payment up to a maximum payment of some £500 a year – has, perhaps unsurprisingly, been castigated by business leaders. According to CBI director Carolyn Fairbairn, the proposal will ‘set alarm bells ringing in boardrooms at home and across the world.’

Under the scheme, the businesses participating would gradually become part-owned by employees (at a rate of 1% a year up to a maximum of 10%). Ultimately, the proposed ‘Inclusive Ownership Fund’ would turn businesses into John Lewis-style workplaces, with employers given potentially new voting powers over company decisions. The share dilution proposed is often less than daily movement in today’s volatile global environment.

Part of the case for expanding shareholding amongst employees is that it would help tackle growing wealth inequality (which is twice as high as income inequality) and give workers a direct stake in the companies they work for. Policies to tackle the growing concentration of wealth, much of which is unearned, are long overdue and would help rebalance an economy too long weighted in favour of boardrooms.

But is the plan outlined by John McDonnell the best way of spreading capital ownership, and its gains, across society? The answer is no. The plan only applies to companies with more than 250 employees, many of which already operate some form of employee shareholding. As McDonnell acknowledged, his plan would benefit only 11% of employees. Large sections of the workforce – including the least paid and secure, the self-employed, those in small firms and those working in the public sector – would miss out. With the cap set at £500 per worker (many large firms pay much more than this), only a small proportion of the dividends accruing to the firm-based fund would go to the workers; the lion’s share would go to the Treasury. This sounds like a heavy dose of old-fashioned statism. As some critics have argued, this can also be viewed as a new hidden tax, designed to fund wider public services, rather than a way of transforming the economy.

An alternative and much more inclusive approach to achieving a more even spread of capital ownership would be to pay the annual share issue into a citizens’ wealth fund – one owned by all citizens on an equal basis, managed by a Board of Guardian independent of the state, and offering for the first time a full citizen’s stake in the economy.

This would still involve share dilution, but the whole of society would benefit on an equal basis, and the state would be a facilitator rather than a player. Such an approach would have a much greater impact on the spreading of national wealth, with the annual returns from the fund paid to all citizens and not just the lucky employees of big, profitable companies. This would be one way of building a collectively owned fund on the model of the Alaskan Permanent Wealth Fund. Funded by the proceeds of oil this has paid out an annual dividend to all citizens (averaging $1100 per person a year) helping to turn Alaska into one of the most equal of US states.

As one recent study has shown this approach would, over time, build a fund that would become a significant part of the national economy. It would be also be a powerful pro-equality force. With benefits going to all, it would be much more difficult for business – parts of which are now aligned with the call for ‘an inclusive e economy’ – to attack.

For the first time ever, all citizens would hold a direct and equal stake in economic success, with the fund automatically capturing a growing part of the gains from economic activity and distributing it equally, through a regular citizens’ dividend. A fund would act as a counterforce to growing inter-generational inequities by ensuring that a growing share of national wealth is held in trust for all citizens across generations. Provided it is managed with transparency and at arms length from the state, a citizens’ wealth fund offers a new tool for social democracy, partial reform of corporate capitalism, and a new 21st century social contract between citizen, state and market.

Stewart Lansley is a visiting fellow at the University of Bristol. He is the author of A Sharing Economy (2016) and the co-author of Remodelling  capitalism – how social wealth funds could transform Britain (2018). 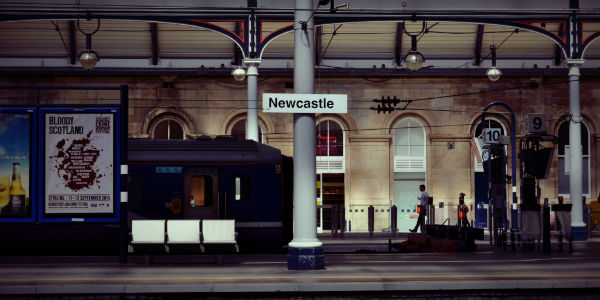