The Westminster parliament is famous throughout the world, but often presented as relatively non-influential when it comes to making the law. Meg Russell and Daniel Gover‘s new book Legislation at Westminster is the most detailed study of the British legislative process for over 40 years, and challenges these assumptions. Here the authors summarise their findings on how different groups of actors at Westminster exercise subtle and interconnected influence, contributing to what they dub ‘six faces of parliamentary power’.

The Westminster parliament inhabits one of the most famous buildings in the world – emblematic both of Britain and of stable democracy. Yet when it comes to policy-making, and particularly to making the law, many see Westminster as relatively non-influential. In the popular media, parliament is frequently portrayed as a mere ‘rubber stamp’, where a docile Commons majority approves what government puts before it. Among academic authors views are generally more nuanced, but a mainstream public policy textbook nonetheless claims that ‘parliament plays only a limited role in decision-making in the British Westminster model’, while a recent British politics textbook suggests that ‘the House of Commons is misunderstood if viewed as a legislator’. Even scholars who celebrate parliament present the early stages of initiating and formulating legislation as ‘overwhelmingly a government-centred activity’. Despite the ostensibly central role of the ‘legislature’ in the legislative process, these specialists instead emphasise parliament’s other crucial functions, such as representation, scrutiny and legitimation.

Perhaps because it is thought likely to be fruitless, but also due to the painstaking work involved, until recently no large-scale study had been conducted on influence in the Westminster legislative process since Griffith’s classic 1974 Parliamentary Scrutiny of Government Bills. Griffith’s key finding was that many government amendments proposed to bills in parliament in fact responded to earlier proposals from non-government parliamentarians – showing that influence was more complex than it seemed. A major Constitution Unit project, funded by the Nuffield foundation, sought to explore how these dynamics may have changed, and specifically whether the ‘rubber stamp’ claim is correct. Our early quantitative results, based on study of over 4000 amendments to 12 case study bills passing through parliament during the period 2005-12, showed that it was not. The majority of government amendments with substance were traceable to parliamentary pressure, while the ‘failure’ of non-government amendments could not be taken at face value. Our newly-published book, Legislation at Westminster: Parliamentary Actors and Influence in the Making of British Law, tells a fuller story, drawing not only on amendment analysis, but also wider documentary analysis, and over 100 interviews with those closely involved in the passage of the 12 bills.

Part of the difficulty in assessing parliamentary influence is common perceptions of power. Looking for on-the-record changes wrought by parliament provides only a very narrow view. But it is often acknowledged in the politics and international relations literature that power takes many forms. One classic account suggests that it has three distinct faces, others that it has four or more; there are notions of hard and soft power, persuasive versus coercive power, and the ability to exercise power both positively and negatively. Such alternative conceptions have rarely been teased apart when discussing the power of parliaments.

Our study is organised by the various ‘actors’ in the policy process at Westminster, each of whom has a dedicated chapter. After introducing the basics of the legislative process and the case study bills, we go on to describe, using numerous quotations and examples, the diverse contributions that these actors make. This post provides a very short summary of our findings. 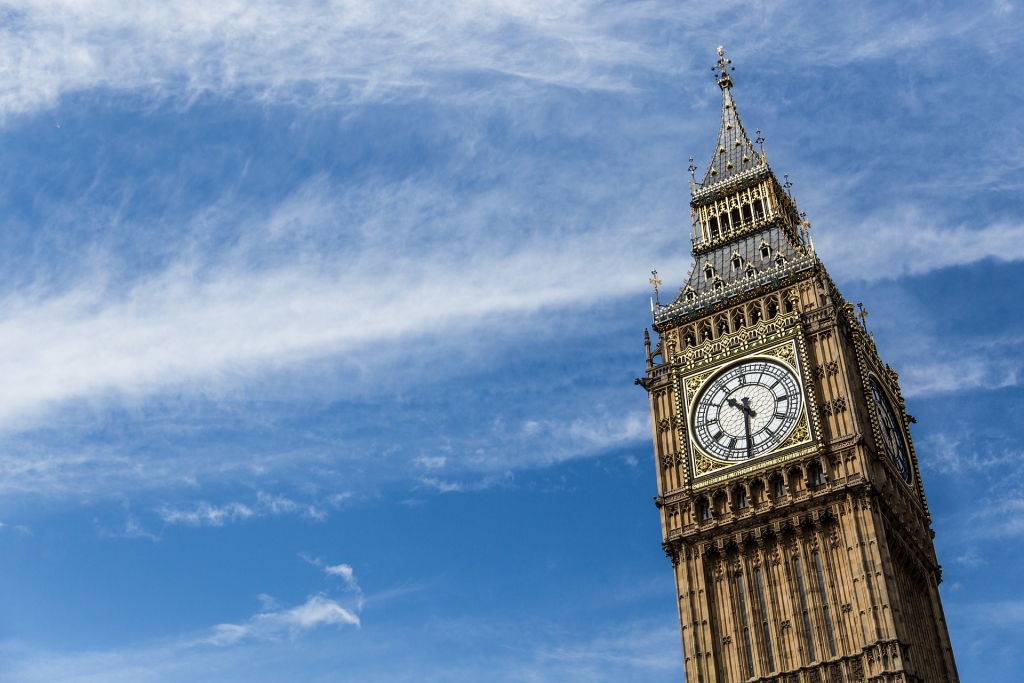 Actors in the legislative process

The obvious actor to start with is government. Most bills that reach the statute book are drafted in Whitehall by government lawyers, and piloted through parliament by ministers. Behind the scenes are numerous others, including civil servants organised in ‘bill teams’ who support the process. These processes have been relatively little studied (though Ed Page’s work is an exception), and we provide a full account which draws on fascinating interviews with ministers, bill team members and the specialist ‘parliamentary counsel’ who draft the law. It is well-known how government consults with outside interests before legislating – but ministers and civil servants also pay close heed to parliamentarians’ views at the early stages. The need to prepare ‘parliamentary handling strategies’, including ‘possible concessions and fallback positions’ is openly acknowledged in the government’s own Guide to Making Legislation. As one civil servant put it, parliament is part of the ‘climate of opinion which shapes how the legislation is framed’.

The next most visible actors are opposition parties. They often greet legislation with noisy complaints (though actually, much legislation is also received relatively consensually), and they are responsible for proposing by far the largest number of amendments; on our case study bills, 2941 of the total 4361 proposed amendments included an opposition signatory. But many such amendments are not actually targeted at change. A lot are ‘probing’, just to facilitate debate on the government’s proposals. Others are ‘signalling’ or ‘gameplaying’ amendments, to demonstrate the opposition’s merits, or to embarrass the government. One of the opposition’s most important contributions is the ability to ‘politicise’ issues, drawing attention to possible defects, which in turn encourages government to think through policy carefully before introduction. The opposition can use various tools – including parliamentary set piece occasions and access to the media – which can help force change in policy. The opposition also has major opportunities through its potential to garner a majority against the government in the House of Lords. Lords defeats ‘politicise’ issues in a bill in a particularly potent way – by sending them back to the floor of the House of Commons for decision.

Government backbenchers are often considered to be the most influential actors at Westminster, given ministers’ need to maintain their support and votes. Yet the way they influence the process is subtle, with concerns often expressed behind the scenes. When taking into account parliament’s likely reactions to a bill, this group is hence very important – so much so that ministers (who after all come from the same party, or parties) frequently internalise backbenchers’ concerns. This group can be very important in putting matters onto to the government’s agenda, and keeping them there – for which they can use tools often considered unimportant, such as early day motions and private members’ bills. For example these mechanisms were used successfully to maintain pressure on the Labour government to introduce corporate manslaughter legislation. A source close to Tony Blair told us that ‘TB didn’t want corporate manslaughter legislation, for a variety of reasons’, but the government legislated nonetheless, partly to placate backbench MPs. This group is also key when ministers consider how to respond to defeats in the Lords – although the Lords alone cannot force policy change, ministers will often back down if Commons backbenchers share peers’ concerns. This occurred on key issues regarding Blair’s attempt to introduce identity cards, with amendments that contributed to the scheme falling apart.

Non-party parliamentarians are relatively little-known actors, but crucial in the Lords. The Crossbenchers, in particular, are a large group comprising many members respected as ‘experts’, who potentially hold the chamber’s balance of power. They are rarely the main protagonists in conflicts with government, but their views and impact on culture are important. They help to encourage rational, rather than purely partisan, debate in the Lords – requiring ministers to respond to evidence, and provide explanations, rather than appealing only to party loyalty. Occasionally non-party peers can lead resistance, as medical expert Baroness Finlay did over the coalition’s proposed abolition of the Chief Coroner, with successful results. At other times, they can help broker agreements between the parties.

Pressure groups play a key role in parliamentary influence, again helping to ensure that debates are evidence-based. Different external groups may both support and oppose the government’s position, and parliament is a very public forum for these arguments to be played out. Pressure groups are particularly important to supporting the opposition, which has few policy experts to rival the civil service, and they also support government backbenchers in getting issues onto the agenda. Separating their influence from that of parliament is in fact an impossible task.

The parliamentary select committees play no formal role in agreeing legislation, but are surprisingly important. We found more than 1700 mentions of select committees in debates on the 12 bills (i.e. an average of over 140 per bill). The views of these respected committees, and the evidence that they provide can – like input from pressure groups – be important both to those defending and attacking government positions. The key constitutional committees – the Lords Constitution Committee and Delegated Powers and Regulatory Reform Committee, and the Joint Committee on Human Rights – frequently make recommendations on bills which are adopted in amendments, either directly by government or following pressure from other members. The book contains numerous examples, some high-profile. Other committees less frequently engage in this way, but a very interesting example comes from the House of Commons Health Committee, which expressed concerns about limitations on Labour’s ban on smoking in public places, and helped to force a vote which toughened these provisions. This could act as an inspiration to other committees to be more active on bills.

In addition to single actors, we dedicate a chapter to cross-party working, which is (contrary to what many might expect) extremely important at Westminster. As may already be evident from the above, major changes forced on government generally require cross-party support – from the opposition, alongside some backbenchers and non-party parliamentarians, often facilitated by select committees. Various key examples are given in the book, including the very major changes made to the coalition’s Public Bodies Bill (which sought to introduce the so-called ‘bonfire of the quangos’). On that bill, committees published critical reports, the opposition proposed major changes, and key successful amendments were headed by government backbenchers. In the present context, this bill might offer some indications of the kinds of battles ahead over the government’s EU (Withdrawal) Bill, which likewise includes substantial powers ‘delegated’ to ministers – likely to be very controversial in the Lords.

Putting this all together, our concluding chapter suggests that parliament plays a central role in shaping government legislation, but in various often subtle ways. We set out six ‘faces of parliamentary power’ demonstrated in the process. These are probably common to some extent in all parliamentary systems:

Our final conclusion is that, once all of these different faces of power are considered, parliament is very far from peripheral in the legislative process – instead it is central to that process. It offers more than just ‘legitimation’ for government policy: it actively shapes that policy, from the very earliest stage of agenda setting to when it is finally agreed. Contrary to popular belief, the Westminster parliament can indeed properly be described as a ‘legislator’.

Note: Legislation at Westminster: Parliamentary Actors and Influence in the Making of British Law is published by Oxford University Press on 31 August 2017. This article was originally published on the Constitution Unit blog.

Meg Russell is Professor of British and Comparative Politics, and the Director of the Constitution Unit at UCL.

Daniel Gover is a researcher at Queen Mary University of London, and was formerly based at the Constitution Unit. 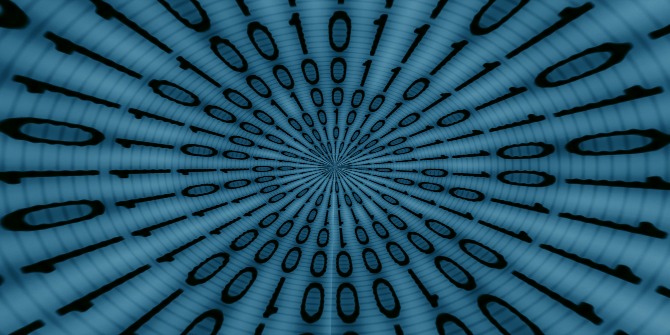