Many have suggested that the only way to clear up the heightening degree of incoherence that characterises the UK’s constitutional settlement is to start afresh with a constitutional convention, given its final expression through a new written Constitution. George Tsebelis and Dominic J. Nardi, Jr show that any such a constitution should aim for brevity, given that longer constitutions are both more rigid, yet in practice more often altered, according to evidence from OECD countries.

Constitutions are typically amended after extraordinary procedures. These high hurdles of approval and modification guarantee that the constitution at the moment of adoption or modification is located in the “constitutional core” of a country. The “core” of a political system is a technical term referring to the set of points that cannot be upset by some specified majoritarian procedure. So, the “constitutional core” means the document that cannot be replaced by any other under the existing requirements for constitutional revision.Let us consider a body that decides by qualified majority rule in one dimension (like a parliament with a single chamber). In Figure 5, I present a seven-member body that decides by a qualified majority of 5/7 or 6/7. The reader can verify that when the qualified majority increases from 5 to 6 members, the core expands (from the 3-5 segment to the 2-6 segment).

In an article in the British Journal of Political Science, we argue that a constitution will be located inside the core of the political system. Indeed, any proposal outside the core would be defeated by a point inside the core. As for constitutional revisions, we argue that the only way they become an option is because a point that was inside this core is now located outside. In other words, a constitutional revision can involve only points (and provisions) that used to be centrally located inside the body politic of a country but ceased to occupy such a location, and the new core does not include them anymore.

Figure 2: Change of core in one dimension under 5/7 and 6/7 majority

This change can occur only under a significant modification of the positions of the individual players (or exogenous shocks that make the previous positions no longer tenable). Figure 5 presents such a modification in one dimension to make things clear. The underlying assumption is that a qualified majority in one only chamber is required for the revision.

In the example, out of the 7 members, 5 have shifted and moved (some of them significantly to the right). In particular, players 1 and 2 remained in place, while player 3 moved slightly to the right (from 3 to 3’), player 4 moved by a substantial amount (to position 4’ which is leapfrogging the old player 5), and players 5, 6, and 7 in their new positions (5’, 6’ and 7’) moved outside the whole political space of the past (beyond point 7 of the figure). This is a political change so radical that it is difficult to imagine in any real polity outside a revolution. Yet, the 5/7 core was only slightly modified: player 3 has moved outside the core and player 7 is now within the core.

On the basis of the above analysis, given the large size and the central location of these constitutional cores, it is very likely that the two cores (at time t and t+1) will overlap. Points in the intersection of the two cores cannot be subject of constitutional revisions (by the definition of “core”). The only provisions that could be changed are the ones that belong in the core at time t but not in the core at time t+1,as illustrated in with player 3 in Figure 6. Unlike simple legislation that (usually) requires a simple majority in parliament, and can be changed by a different majority (left succeeding right or vice versa), the required constitutional majorities include parts of the previous majorities. Consequently, constitutional revision requires a massive change in the opinions of the political actors.

What are the implications of this analysis? Constitutional revisions can occur either because the preferences of political forces changed (in other words, they recognize that they had made a mistake in the original draft) or because external conditions changed significantly such that new provisions are considered necessary (for example, an economic crisis). But why should all these difficulties of locking and unlocking be associated with long constitutions? Figure 4 below provides the answer that length is not an innocuous variable associated just with the number of words. It is a summary indicator of the level of restrictive provisions associated with each item included in the constitution. And it is these restrictions that enter into conflict with an evolving reality which generate the need for change (despite the difficulties of unlocking the constitution).

Figure 3: Locking and frequency of amendments, controlling for the length (logged) of the corresponding constitution

The focus of constitutional revisions is on prescriptive or proscriptive provisions, not on hortatory or aspirational statements. The very attempt to amend the constitution indicates that the existing constitution had (in the opinion of overwhelming majorities in the country) serious shortcomings, and these shortcomings were experienced and understood as such. This is a fundamental point of the analysis. The frequency of revisions indicates that the constitutions are not just garrulous, but also impose objective, negative costs on society. Tsebelis and Nardi (forthcoming) connect lengthy constitutions with low GDP per capita, and corruption.

Note: This article was originally published on the Democratic Audit blog and summarises a recent article from the British Journal of Political Science. It gives the views of the authors, and not the position of the British Politics and Policy blog, nor of the London School of Economics. Please read our comments policy before posting. Featured image credit: Leonard Bentley, CC BY SA 2.0

George Tsebelis is the Anatol Rapoport Collegiate Professor of Political Science at the University of Michigan.

Dominic J. Nardi, Jr. is a Ph.D. candidate at the University of Michigan Political Science Department and a Fulbright-Clinton Fellow in Myanmar (Burma). 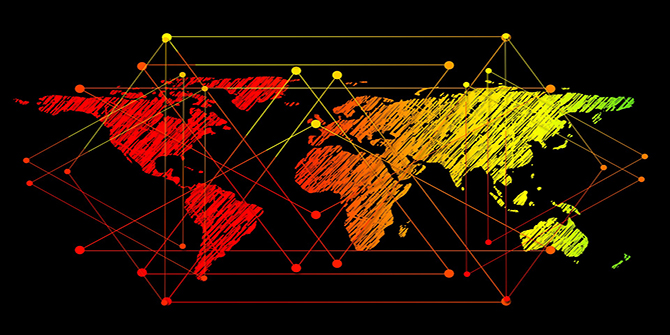