The experience of Australia provides important lessons in considering the Lords reform in the UK. In the first of a two article series, Robin Archer maintains that an elected upper house may obstruct the House of Commons and cannot be relied upon to act in accordance with conventions that limit its power vis-à-vis the lower chamber.

Proponents of the government’s Lords reform face a cruel dilemma. It seems obvious that directly electing the members of the upper house of parliament would make Britain more democratic. Yet such a move could pose a serious threat to the principle of responsible government – the principle that any government can hold office if and only if it has the confidence of a majority in the popularly accountable lower house – a principle that lies at the foundation of parliamentary democracy in the Westminster system.

How might a directly elected upper house – especially one elected by proportional representation – affect Westminster-style democracy? The obvious place to look is to Britain’s closest relatives in the Westminster stable: Canada, New Zealand and Australia. However, Canada has maintained a wholly appointed Senate, and New Zealand has abolished its upper house. Australia, on the other hand, has over a hundred years experience with an elected Senate. 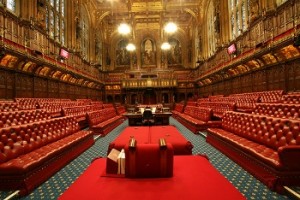 When delegates from the different Australian self-governing colonies met in a series of conventions in the 1890s to draft a constitution for the Commonwealth of Australia, questions about the powers and composition of the upper house produced the most lengthy and difficult debates. The delegates all had long familiarity with the Westminster system of responsible government in their own colony. And all assumed that the new federal government would also be based on this principle. However, while the smaller states demanded the establishment of a ‘states’ house’ on the model of the United States Senate as the price for union, the larger states worried about the consequences of this for responsible government.

The outcome was a hybrid with a lower house – the House of Representatives – modeled on the UK House of Commons, and an upper house – the Senate – modeled on the US Senate. The Senate was to be directly elected with 6 (now 12) senators for each state. The normal term of each senator was twice the maximum three year term for the House of Representatives, with half the Senate seats up for election each time the lower house went to the polls.

The Senate has near-equal powers to the House of Representatives. In a concession to the concerns about responsible government, the majority of delegates agreed to a deadlock breaking procedure in which, if the Senate twice rejected a bill, the government could call for a double dissolution in which all seats in both houses would be up for election. But this has proved cumbersome and largely ineffective. The convention delegates also agreed that the Senate could not “initiate” or “amend” money bills, but it retained the power to “suggest” changes. The delegates were right to worry about these issues. Conflict between the houses has proved to be a major and ongoing feature of Australia politics.

The Australian experience of this system suggests three important lessons. The first concerns the basic rationale for having an upper house. In Australia, as in many modern bicameral systems, the basic rationale was a federal one. However this almost immediately proved to be illusory. All agreed that the establishment of the Senate was designed to protect states’ rights. But that role was nullified by the presence of disciplined parties, and the Senate never did operate as a states’ house. Instead it has largely acted at the behest of party leaders, who, in the case of the major parties, invariably sit in the lower house. The development of devolution makes it difficult to argue that the UK can still be seen as a unitary state. But the Australian experience suggests that any attempt to reform the upper house to act as a genuinely federal body is likely to be futile.

The second lesson concerns effects that stem from the choice of electoral system. Until 1918, both the House of Representatives and the Senate were elected using the First Past The Post system. Until 1948, both were elected using the Alternative Vote (AV). But from then on, while the House of Representatives continued to be elected using AV, the Senate was elected using a form of proportional representation (PR), namely the Single Transferable Vote. Prior to this last change, the majority in the lower house could usually rely on also winning a majority in the upper house. But after the introduction of PR, this has usually not been the case.

Indeed, governments have only had a Senate majority in 6 of the last 30 years. Soon after the introduction of PR, the share of minor party votes in Senate elections doubled from 5 to over 10 percent, and the trend has been for it to continue to rise. In the last twenty years it has almost always been between 20 and 25 percent. It is now widely considered unlikely that any government can win a Senate majority. The conservative Howard government did unexpectedly achieve this in 2005. However minor parties soon regained the balance of power. Australian experience suggests that the introduction of PR to elect a reformed House of Lords would virtually guarantee the lack of a government majority in the upper house, and would regularly produce conflicting majorities in the two houses of parliament.

The third lesson concerns the effect of relying on conventions to limit the power of an elected upper house. The most dramatic example of this can be seen in the 1975 constitutional crisis, which brought down the Whitlam Labor government, despite the fact that it had just been reelected the previous year and still demonstrably commanded a majority in the House of Representatives. When the (conservative) Liberals and their allies, led by opposition leader Malcolm Fraser, acquired a majority in the Senate, they used their numbers to block the government’s budget. In the stand off that followed, the Governor-General – acting with what he said were his ‘reserve powers’ as the Queen’s Representative  – dismissed the government – acting contrary to the advice of Prime Minister Whitlam and an express resolution of the House of Representatives – and called early elections, which, amidst great turmoil, the Fraser-led Liberals went on to win.

The constitution drawn up by the conventions of the 1890s focused much attention on the federal aspects of the new Commonwealth. But true to their British inheritance, the delegates felt little need to codify the basic principles of responsible government with which they were all familiar. Fundamental issues like these were left to tradition and convention. The dangers of this were now readily apparent. Where they obstructed the party political interests of key actors, basic conventions that underwrote responsible government were ignored or overridden. Of particular importance were the conventions that the upper house should not block money bills and that the Queen’s representative should act on the advice of the leader of the majority in the lower house.

More recently, frustration with Senate obstruction has become as much a concern of the right as the left. A number of major legislative objectives of the Howard government (in office from 1996 to 2007) were blocked. And even when an amended version of government legislation was ultimately passed, the Senate was frequently able to exert substantial influence over the outcome. Howard himself appealed to a Commons-style convention that explicit commitments during an election had given him a mandate to pursue certain legislative goals, but the elected Senate was not disposed to accept the self-restraint of the Lords.

The current relatively weak ability of the House of Lords to obstruct a majority in the Commons is a product of a series of ad hoc concessions which exist only in the form of conventions or ordinary acts of parliament and which are ultimately underwritten by the Lords’ lack of legitimacy. Australian experience suggests that an elected upper house cannot be relied upon to act in accordance with such conventions. Restrictions left in this form – even those that appear at present to be beyond dispute – can and will be over-ridden.

Dr Robin Archer is the director of the postgraduate programme in Political Sociology at the London School of Economics. Robin completed his doctoral work at Oxford University, where subsequently he became a Fellow in Politics at Corpus Christi College before moving to the LSE. His most recent book isWhy Is There No Labor Party in the United States? (Princeton University Press 2010).