One of the biggest issues facing academics in achieving impact is getting policymakers to read their research and recommendations. LSE London and Ben Kochan look at how briefing papers can offer a way for academics to get attention for their policy prescriptions from practitioners.

LSE London’s events and research reports over the last year have offered a rich source of information and policy prescriptions to address the capital city’s exceptional needs. Those with the time to read the long documents or attend the seminars and conferences have found them useful, but for the busy practitioner or policy maker this time is a luxury, which in these austere days they cannot always afford.

Conveying all the details of the reports or the lively discussions is not possible, but the research group is now producing a series of briefing papers, the first five launched this week, which give the salient points in an accessible form. These 4- or 5-page papers, funded as part of the HEIF 4 programme, are intended to aid dissemination of research results to decision-makers and practitioners, and point them to further information if they need it.

For the LSE academics involved, boiling down their valuable research to 1,500 words including six or so policy conclusions proved a challenge – some were anxious that finer nuances might be lost, or the tenor of discussions misrepresented. Cajoled by me – and with some sensitive editing and advice – they have hopefully produced a useful policymaking tool.

Changing patterns of poverty in London

Ruth Lupton, research fellow at the Centre for the Analysis of Social Exclusion, wrote a piece based on an event about poverty in London.  She points out that although London is England’s richest city it also has the highest poverty rates in the country. She highlights the changing patterns of poverty in London. Half of the children in low-income households in London are in working families and a majority of London’s poor now live in outer London. The Government’s changes to Local Housing Allowance (LHA) are predicted to affect London more severely than elsewhere. By 2016 most inner London boroughs are likely to become almost entirely unaffordable to low-income tenants on LHA, many of whom will be pushed to outer boroughs.

London and the recession

Professor of human geography Ian Gordon brings together material demonstrating that London has been least affected by the current economic recession despite its roots in the financial sector. London’s employment base has not been significantly reduced since the onset of the crisis in autumn 2007. Worklessness has however risen significantly among young people in the 16-24 age range living in outer London, even more than it has in the traditionally vulnerable inner areas. This, says Gordon, is part of the background to the riots of early August 2011.

A seminar entitled ‘The big (suburban) society – community, identity and amenity in outer London’ highlighted many common issues affecting outer London, including traffic congestion, the quality of public transport and other public services and the health of local high streets. London’s mayoral candidates cannot afford to ignore outer London, urges the briefing paper by urban planning lecturer Alan Mace, and it argues that locally distinctive solutions are needed to address the particular issues.

The analysis of London’s housing need by professor of housing economics Christine Whitehead for the G15 group of housing associations highlights the disproportionate number of households who are homeless, living in overcrowded conditions or in temporary accommodation compared to the rest of England. It acknowledges that the costs of providing affordable housing in London are higher than elsewhere, but argues that the benefits that accrue to the city by meeting social and economic needs are greater.

Over the last twenty years the proportion of dwellings in the private rented sector in England has nearly doubled to about 17%, mainly as a result of the increase in demand from households who can’t afford to buy a home and the decline in the supply of social housing. This growth is in contrast to stagnation or decline in most other countries, according to the briefing paper by Kath Scanlon from LSE London, which is based on a study of the private rented sector across several countries. In England most leases are a year or less whereas in many other countries they are much longer or indefinite. With privately rented housing now increasingly serving as a permanent home for many households, including families, there is a role for longer tenancies. Households who want to be able to stay in their homes for the long term, and landlords who want long-term tenants, might be better served by longer leases.

See the briefing papers in full.

This article appeared on the LSE’s Impact of Social Sciences blog on 8 December.

There is a pathetic lack of functionality in scholarly publishing. We must end for-profit publishing and allow libraries to make available the works of their scholars for all. 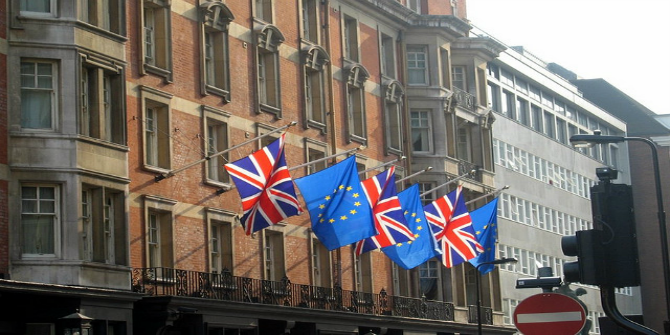 The year in review: the EU referendum