The current Government is notably male dominated, with both coalition partners having historical difficulties in attracting talented women to their ranks. This under-representation of women has a number of undesirable consequences, including largely shutting half the population out of the policymaking process. Claire Annesley argues that gender quotas in the executive would be the best way to remedy this problem, and help bring about a more equal society.

Ed Miliband hit the nail on the head at Prime Minister’s Questions when he challenged David Cameron on the lack of women on the Coalition front bench. In a week dominated by stories of Conservatives opting not to reappoint or reselect prominent women it seemed particularly topical, though Cameron’s problem with women is deeper running. This is not just Cameron’s problem, however. It is a problem for the quality of representational democracy in the UK. The lack of women in the governing parties is damaging to politics. It diminishes the quality of representation of our entire population, and it is one of the many reasons voters are turned off from politics. There is also a strong possibility that the narrow, predominantly male profile of the Coalition front bench is a reason that the impact of the government’s austerity policy is disproportionately stripping away women’s incomes, employment and standards of living

There is an urgent need to improve the quality of representation at the elite level of UK politics. We need more women in positions of executive power because it is there that they have the requisite resources to make a tangible difference to women’s lives. Yet, the way we are approaching it is wrong. Both academic research and policy debates have tended to focus on improving supply: we just need more women MPs, so the argument goes, and then the recruitment to cabinet and across government will follow. But progress at increasing women in parliament has been incremental, inadequate and temporary, particularly in the parties which have not adopted strong mechanisms to secure the selection of women to winnable constituencies. We could wait another 100 years for equal numbers of male and female MPs at the current rate of progress. Even then there is no guarantee that women MPs will be selected for executive office once in Parliament.

We should switch our attention to demand instead. Ministerial and government appointments are at the Prime Minister’s discretion. He (and all too infrequently she) has the freedom to decide who joins the team, albeit in the current government Cameron has relied on nominations from the Coalition partner. The failure to appoint women to government office is rarely because of a deficit of qualified women in the political pool. There are enough qualified women in the Commons to form an all-women cabinet not to mention the fact that the eligibility pool for ministers in the UK stretches wider than just the House of Commons and Prime Ministers do routinely appoint from the Lords. Evidence from across the world illustrates that when a Prime Minister is inclined to appoint women, he or she will. Zapatero, Hollande and Bachelet (the first time round) all clearly demonstrated that when there is a will on the part of the Prime Minister to appoint more women to government, there is a way. In Cameron’s case, the will does not appear to be there.

We should formalise the demand for women in political executives through gender quotas. Quotas in executives are not as controversial as we might think. Many informal rules exist to ensure that a minimum representational standard is achieved. Traditionally in the UK there must be a minister who is Scottish, Welsh, and a balance may be sought across party factions. Elsewhere, in countries like Germany, unwritten quotas have existed to secure representation of large regions and even religious denominations. Indeed, Cameron invoked the notion of an informal gender quota for political executives before he took office with his aspiration that one-third of his government would be women by the end of parliament. Achieving this target is in his gift but, despite a number of reshuffles, he has not exceeded 18% across government. A more formal rule would focus his mind.

If meeting a minimum representational standard across the executive was a prerequisite to being allowed to form a government, would-be Prime Ministers would take the presence (or absence) of women elsewhere in the political system much more seriously. A gender quota for political executives would provide Prime Ministers with a tool to develop a set of political leaders who more closely mirror the citizens they represent. Requiring Prime Ministers to deliver parity cabinets would force party leaders to look outside the closed network of usual suspects when putting together ministerial teams. As Miliband observed at Prime Minister’s Questions ‘there are as many men who went to Eton or Westminster as there are women’. A more diverse representation brings in fresh faces and increases the chances of more diverse policy ideas being brought to the table. Formal gender quotas across the executive would accelerate the tediously slow advancement of women’s political representation at the elite level where politicians have resources to make a difference. Finally, a better gender balance across cabinets and government departments improves the chances–though does not guarantee–that women will fare better from government policy.

We need to move beyond talking about improving the representation of women in parties and parliaments to actually implementing change at the executive level in a meaningful and lasting way. This needs to be done with urgency, otherwise politics will remain male and stale; much of the population will continue to disengage; and there is a danger that millions of women will continue to earn less and pay more as a share of their income towards government economic policy. The introduction of gender quotas at executive level would deliver a radically improved quality of representation and quality of life for our entire population.

Note: this post represents the views of the author, and not those of Democratic Audit or the LSE. Please read our comments policy before posting. The shortened URL for this post is: http://buff.ly/1fV4akj

Claire Annesley is Professor of Politics and Director of Research in the School of Social Sciences at the University of Manchester. For more information about the Political Women and Executive Representation Research Network click here. The Network’s twitter account is @execgenderpower 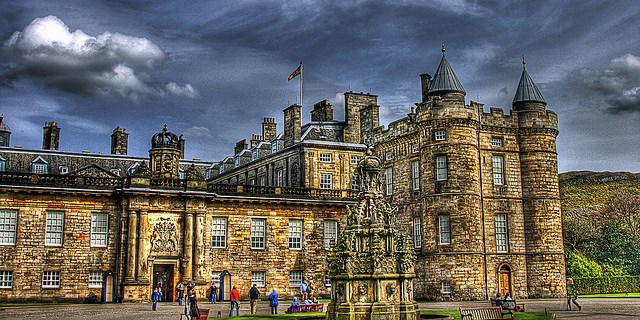