The Minister for Communities at Stormont recently delivered a major statement on housing policy which was then lauded from almost all sides. Stewart Smyth takes a deeper look at what the Minister said and argues that there is an intention to privatise the Northern Ireland Housing Executive.

The NIHE is a concrete lasting reform of the Northern Ireland civil rights movement from the late 1960s. Over the decades since, the Housing Executive has an internationally recognised track-record of improving the quality of public housing and building communities. However, like other public services in these islands the neoliberal and austerity years has sought to undermine much of this legacy; yet the NIHE remains hugely popular with tenants and the general population in NI.

Making general popular statements about saving the Housing Executive is, however, the easy bit; the Minister now has to deliver on these raised expectations. Looking at the statement in more detail, two things become clear: first, there is little substance on how the policy outcomes will be achieved, and second, what was mentioned indicates that privatisation and private sector providers loom large in the Minister’s thinking. It is not spin to say that in the absence of a developed and detailed Sinn Fein housing policy prior to taking on this portfolio, the Minister has acquiesced to the longstanding policy preferences of the top officials in the departments for Communities and Finance.

Housing Rights, a Norther Ireland-based non-governmental organisation, has highlighted the proposal to allow the NIHE discharge their statutory duty to provide accommodation for homeless people through offering a private rented sector tenancy. They state that ‘Housing Rights believes the private rented sector in Northern Ireland, as currently regulated, cannot provide a good quality, affordable and sustainable home for homeless families’.

It is not just homeless people who will be thrown to the vagaries of the private sector – it appears that the NIHE will also be privatised. Of course the Minister does not state this unambiguously and many will no doubt be surprised, especially as Sinn Fein have portrayed themselves in recent years as being on the left of the political spectrum. However, it can be argued that the intention is to use the housing mutual/co-operative model to privatise the Housing Executive. Here is what we know from the Minister’s appearance at Stormont:

All these are indicators that the policy being pursued is one of privatisation. It needs to be remembered that this idea to ‘reclassify’ the NIHE out of the public sector was also announced as part of a plan by the then minister, Nelson McCausland (DUP), back in 2013.

The use of mutual/co-operative model obfuscates that in substance the Housing Executive is being privatised. The establishing of housing mutuals, from former public housing, is often accompanied by a slew of propaganda around greater participation for, or even empowerment of, staff and tenants. However, housing mutuals’ actual track record highlight they do not stop any of privatisation’s negative impacts from occurring – rents/charges increase, service levels decrease, tenants lose their accountability mechanisms, as the finance providers exert their dominance, and senior managers reward themselves handsomely.

Regardless of ‘empowerment’ rhetoric, these mutual models would be run as businesses dependent on open market borrowing, making tenant control (and housing need) ultimately subservient to debt viability and delegated ‘professional’ management decisions.

Fortunately, ordinary people can take matters into their own hands, as tenants and campaigners have done in recent years. As part of the McCausland plan, a pilot scheme of estate transfers from the NIHE to existing housing association was pursued. In 2017/18 the first two tenant votes took place on estates in Ballyclare and Ballymena. The results were an overwhelming rejection (90% in Ballyclare) of transfer by the tenants. These votes led to the Department for Communities suspending the rest of the pilot scheme. Not only does this indicate how the new privatisation/transfer policy may be received by tenants, it also shows how to reverse it and keep the Housing Executive in public hands.

The battle to save the Housing Executive as a publicly funded and publicly accountable body has already taken years. People in Northern Ireland now face another attempt to privatise this lasting legacy of the ’68 civil rights movement. But they also have the experience and inspiration, locally and across these islands, of tenant- and trade union-led campaigns that have stopped such housing privatisations. The fate of the NIHE is in their hands.

Stewart Smyth is author of a research report, 21st Century Housing for Northern Ireland, for the NI-based trade union, NIPSA. He is Senior Lecturer at the University of Birmingham and a member of its Housing and Communities Research Group. 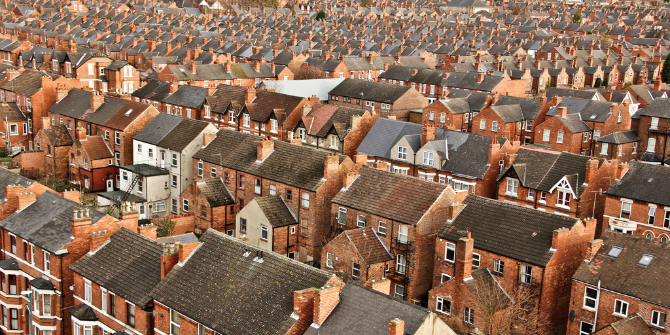