Is intelligence determined by genetic factors? Questions such as this are regularly being debated, a recent example having been an article by Toby Young on what schools can be expected to achieve in light of scientific evidence on cognitive ability. Leon Feinstein explains what science actually says, and, most importantly, what it doesn’t say about heritability.

In October 2017 Teach First published a blog stating that genes place very substantial limitations on the role of schools. The blog was pulled the next day. The author was Toby Young, one of the leading figures in the Free Schools movement, and the piece concerned the “limits to what schools can achieve.” Young asserts that “it is naïve to think schools can do much to ameliorate the effects of inequality. I don’t just mean socio-economic inequality; I also mean differences in intelligence.”

This is a remarkable and strong statement but in Young’s view it is robust, pure science. I can’t speak for Teach First – or indeed for the BBC who put on air an earlier version of the hypothesis – but my disagreement is not about what I would like to be true: it is about what science might allow us to infer. Still, Young’s view is prevalent amongst policy makers and academics so it is a useful and important debate to have.

I shall try to explain here why I think Young’s interpretation of the science is overblown and mangled at best. I write as a social scientist, not a geneticist or biologist. I draw heavily on work conducted by Rachel Latham at the Early Intervention Foundation, who looked at what we have learnt from twin studies in inferring genetic influences to an array of features of developmental interest.

Heritability represents an estimate of the degree of variation in a “trait” (e.g. “intelligence”) in a population that is statistically explained by genetic variation between individuals. Twin studies use the fact that identical twins are more genetically related than non-identical twins, to attribute to genetic as opposed to “environmental” factors the greater similarity in a trait they posses. However, findings rest on a number of complex statistical assumptions that collectively preclude conclusions regarding genetic causation of individual differences (relative to environmental influences, and the interplay between the two) in a given phenotype.

This important point is underscored by differences in the magnitude of heritability estimates using twin studies relative to more recent molecular genetic studies. Complementary evidence, using novel research designs where children have been adopted at birth or conceived through assisted reproductive technologies (thereby children and rearing parents are not genetically related) presents compelling evidence as to the influence of home and school environment. The jury is very much out as to the role of genetic factors as causative agents to outcomes, including intelligence, when examined across an array of different research designs. (The above is obviously a summary, so I recommend the EIF website as a basic resource for more information.) 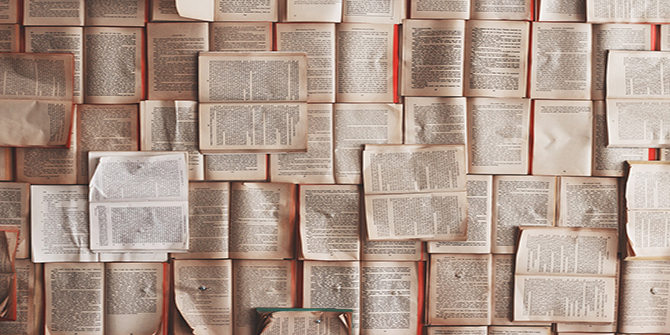 Clearly, evidence relating to genetic effects in complex traits (such as intelligence) is less than straightforward, so we should be careful in handling ideas about its relationship to complex concepts like inequality or schools.

Here I want to set out three basic and fundamental weaknesses of Young’s handling of such material. Others will point to other flaws. On the BBC Young made more of the idea that the transmission of poverty and wealth across generations, our social structure, is pre-determined, genetic and innate, transmitted with stability across generations. For Teach First he emphasised more the supposed non-malleability of intelligence, asserting that “the impact of the environment on children’s attainment… is fairly negligible.” So schools don’t matter much. Both of these sets of arguments on structural inequality and a fixed IQ are based on Young’s interpretation of “heritability” estimated from twin studies.

The first problem is the relation drawn from genes to individuals to social groups. Twin studies data provide information about the variations between individuals in a population. They do not tell us about social groups, such as the poor or the rich. Nor does twin data tell us about individuals; nothing in such studies indicates that anything can be said about the genome of a child from knowledge of that child’s family’s social status. It is hugely important that teachers know that there is nothing in science which enables them to read anything about the innate attributes of a child from knowing about the social class or income of the child’s parents – nothing at all.

Secondly, it is wrong to imagine that the heritable component from a statistical decomposition of population variance inferred from a twin study means that genes ever act separately from the physical, social, and economic environments of DNA in the reality of human lives. The biological sciences have clearly moved beyond the opposition of genes and environment in the mind of Galton to appreciate and start to understand how genes and environments interact in multiple and complex ways. Environmental forces nearly always matter. A heritability estimate does not express a pure causal force, that over time and across generations slowly comes to dominate social relations, nor does it suggest at all that schools should give up the candle.

A third problem for the structural inequality argument is that twin study heritability data tell us only about cross-sectional relations in terms of the long chain of intergenerational relations that underpin either social history or evolution; they are not an estimate of an intergenerational relationship. Heritability only seeks to measure the extra similarities of characteristic associated with extra commonality of genome within a generation, it doesn’t measure the actual degree of transfer of a characteristic across generations, nor how that changes over time. But, epigenetic studies are beginning to inform this process, and show a clear role for the ‘environment’ in shaping gene expression. So, twin data is an inadequate basis for a supposed social theory about class and income over time.

I have no objection to Young posing the notion that there are limits to what schools can achieve – that’s clearly true, the quality of education reform being one limiting factor – but I do object to his assertion that he is offering an unquestionable and scientific view.

Leon Feinstein is Visiting Professor of Practice at CASE, LSE.

Posted In: British and Irish Politics and Policy | Fairness and Equality | Featured | LSE Comment | Public Services and the Welfare State