According to NHS Blood and Transplant, there are over 10,000 people in the UK that are in need of an organ transplant, with many often waiting for years for an organ to become available. Looking at organ donation rates across 22 countries, Joan Costa Font and Caroline Rudisill have found that those countries that have ‘opt-out’ legislation have higher rates of organ donation. Moving to such a system in the UK would lead to health and quality of life benefits for both the organ recipient and for their families.

A lack of organs to meet present demand has resulted in long transplantation waiting lists in the United States and across Europe. Hence, efforts to expand the available organ supply are crucial for meeting transplant demand. The number of organ transplants performed in any country depends not on individual demand but on the number of available donor organs. The European Commission’s June 2006 consultation document showed that European countries have differing levels of quality and safety regarding organ donation and transplants as well as varying degrees of organ shortages and demonstrated effectiveness in the organizational models used for achieving organ transplant objectives.

The discussion at the European Union (EU) level of policies regarding organ transplantation and donation highlights not only the heterogeneity of organ donation policy experience throughout Europe but also the importance of understanding what has worked well in some European countries and as well as how further successful policy coordination could take place. In addition to these key criteria in examining organ donation policies, we also need to have a clearer picture of the decision-making processes that result in adequate or inadequate organ donation rates.

European countries’ institutional settings for confronting organ transplant needs can be classified in two ways: informed consent (opt-in) or presumed consent (opt-out).  In countries with informed consent or ‘opt-in’ legislation, such as the UK, Germany, and Sweden, an individual or his/her family must give explicit permission for organ removal and use in transplantation.  Countries with presumed consent policies such as Spain, Portugal, and Austria, assume universal consent without explicit registration otherwise. The latter is more prominent in the EU although the degree to which each country enforces presumed consent differs.  Presumed consent in no way implies that people who do not want to donate organs for religious reasons or otherwise would be expected to donate. Anyone, for any reason, would be permitted to opt out of donation.

Nonetheless, legislation does have an impact on behavior in several ways. We examined survey data across the European Union to find that institutional setting influences individuals’ willingness to become a posthumous organ donor and their willingness to consent to the donation of a deceased family member’s organs. In addition, people seem to be more willing to donate their own organs than those of their relatives, as they might feel more prepared to make that decision about themselves but not for a family member.  This result remained consistent even after controlling for a set of relevant other characteristics that may influence willingness to donate (e.g. gender, age). Decision making by an individual’s relatives about the decease relative’s status as an organ donor thus appears to exert negative pressure on the number of organs donated.

Finally, although organ donation is an act that in effect is about supporting society in general (pro-social), it seems to be affected by individuals’ strength of social support both in terms of how many people they can rely on in case of a serious problem and how difficult it is to get help from neighbors. These findings confirm that a sense of social inclusion influences people’s feelings of reciprocity with the society in which they live.

In light of these findings, proposals in some parts of the United Kingdom such as Wales to move towards presumed consent are meaningful insofar as they are likely to exert a significant influence in the number of organs available.  A greater number of organs being available would then result in the obvious consequences for the health system such as shifts in costs towards transplant surgery and positive health and quality of life benefits both for the recipient and their families. 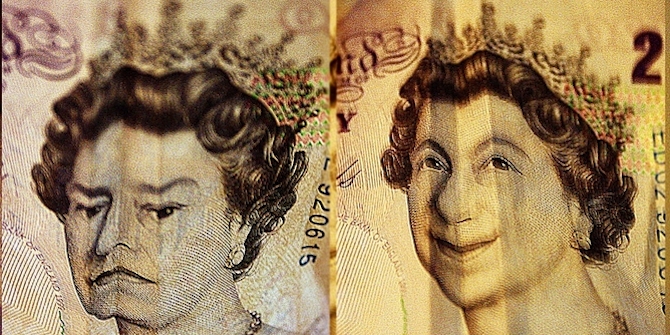 The ‘nudge’ agenda is at the forefront of contemporary economic debate for good reason, but it is not yet clear that it can be applied in straightforward way in all circumstances