Owen Paterson: the government sought to derail a respected process for regulating parliamentary conduct while justifying its actions in terms of natural justice

Owen Paterson: the government sought to derail a respected process for regulating parliamentary conduct while justifying its actions in terms of natural justice

How should the conduct of MPs be regulated? While there is no easy answer, Liz David-Barrett writes that the UK system was, until now, widely seen as an example of international best practice, which makes the government’s attempt to overhaul it in order to avoid the suspension of Owen Peterson all the more astonishing.

The government recently sought to tear down the established system for regulating the conduct of MPs, rather than allow a vote to suspend Owen Paterson, a former cabinet minister found to have breached the rules on paid advocacy. The government claimed that the existing regulatory system was flawed in several ways, but then had to U-turn when it became clear that its proposed alternative was itself seen as illegitimate and partisan. The battle has raised age-old questions about what the role of the executive should be in regulating the conduct of legislators.

Designing a good system for regulating the conduct of parliamentarians is tricky at the best of times. Traditionally, the job of judging whether an MP has engaged in misconduct has been left to elected members themselves, reflecting the important role of the legislative branch in acting as a check on the executive branch. Since parliaments are supposed to hold governments to account, it is important that elected members are not subject to punishment by a system that is controlled by the executive. If they were, the executive might use its power to crack down on legislators who were simply doing their job by scrutinising the exercise of executive power.

There are two further arguments for self-regulation. First, being an MP is a unique role, with extensive pressures and diverse challenges, hence there is a case to be made that the actions of any individual are best judged by peers rather than outsiders. Second, since MPs are elected, one can argue that it is up to the electorate to decide how it feels about misconduct, by deciding whether to vote for that individual at the next election.

But reliance on self-regulation can also be problematic – to the public, it looks like MPs are marking their own homework, and that undermines the legitimacy of any decisions over whether an individual has broken the rules and how it should be sanctioned. It also puts a huge strain on those Members who serve on the relevant Committee. Taking responsibility for judging the conduct of your peers is a noble job, but one that is unlikely to make you popular.

Many parliaments around the world have therefore moved away from complete self-regulation and towards hybrid systems in which investigations into alleged misconduct are carried out by professional regulators – although usually it is still the elected members who decide on sanctions. The UK has such a hybrid model. An independent Commissioner on Standards is responsible for investigating allegations of misconduct and reporting her findings, but it is the Committee on Standards that recommends how an individual is sanctioned. The Commissioner advises the Committee, and the Committee’s recommended sanction is voted on by the House of Commons – as was supposed to happen this week in the case of Owen Paterson, until the government intervened.

A further innovation in the UK has been to welcome lay members on to the Committee on Standards, so that it is composed of seven elected members and seven members of the public. The lay members tend to be professionals with experience of regulating other public service professions, hence they bring expertise as well as an external perspective.

The UK system for regulating parliamentary conduct thus puts the investigation in the hands of an independent professional, allows a mixed committee of MPs and lay members to recommend sanctions, and it is the House that approves those sanctions. This system was, until now, widely seen as an example of international best practice. Numerous parliaments in other countries have looked to the UK for guidance on how to set up their own systems, and many have adopted a version of the Nolan Principles as core to their own codes of conduct.

Hence it came as something of a surprise to learn that so many MPs on the government benches were deeply concerned about flaws in the system. So concerned, in fact, that they needed urgently to reject the established and carefully designed system, replacing it with a hastily cooked-up alternative committee which would have been dominated by Conservatives and where the chair, also a Conservative, had been pre-selected. The urgency of these calls for reform was even more surprising given that the current system is already undergoing a comprehensive review that was soon to report. I have been honoured to serve as a Specialist Adviser to the Standards Committee specifically relating to this review, the inquiry into the Code of Conduct, and I have seen the extensive consultation with MPs and expert witnesses that has been undertaken. If the government wanted to reform the system, why not wait for the report?

Moreover, if the vote to suspend Mr Paterson had gone ahead, we could have let the voters decide how they judged his conduct. The recommended suspension would have created an opportunity for recall – where, if 10% of constituents had signed a petition, he would have forfeited the seat triggering a by-election. If the petition had succeeded and Mr Paterson had decided to run for office again, we might have seen whether he retained the confidence of his constituents.

Elections are a fairly blunt tool for holding politicians to account. They are normally rare events, and voting tends to be influenced more by partisanship than by concerns about individual conduct. And in the UK, the electoral system and the preponderance of safe seats mean that many voters find the ballot box an ineffective way to express discontent with their MP.

But still, it is a supreme irony that the government sought to use its muscle not only to derail a respected process for regulating parliamentary conduct but also to deny voters the opportunity to judge for themselves, all while justifying its actions in terms of natural justice.

Liz David-Barrett is Professor of Governance and Integrity at the University of Sussex.

Photo by NeONBRAND on Unsplash. 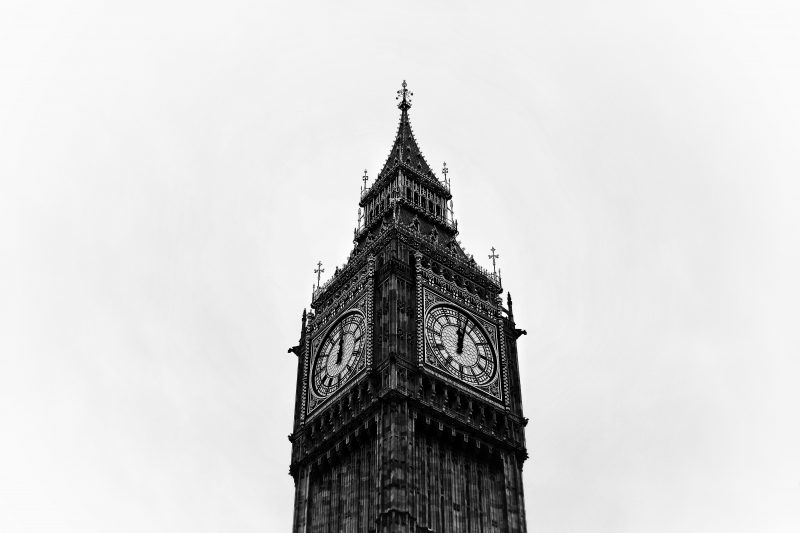